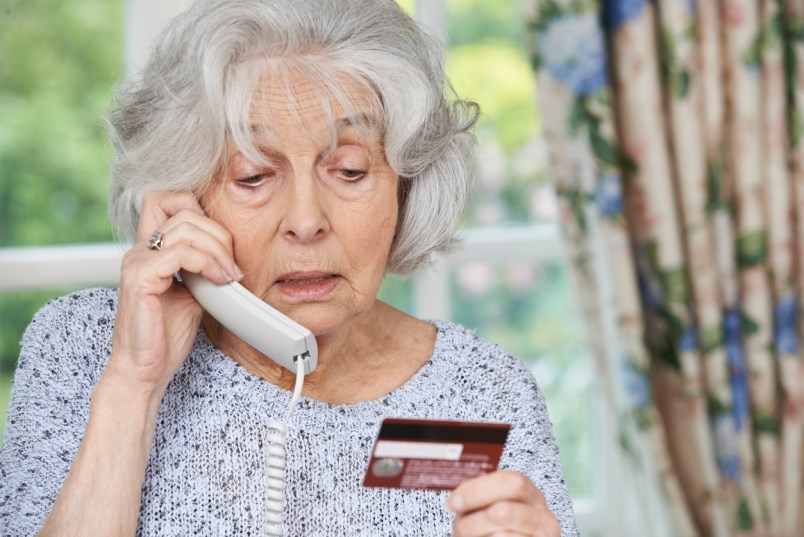 The U.S. Department of Justice announced charges Thursday against executives of a Vancouver-based payment processing company alleged to have targeted the elderly and vulnerable. By ISTOCK/HIGHWAYSTARZ-PHOTOGRAPHY

Got to say I’m kind of fascinated with this PacNet Services Ltd. story that broke Thursday.

Maybe you heard about it.

Four executives were charged with “engaging in a massive fraud scheme in which their company processed payments from victims of numerous international mass-mail fraud campaigns.”

The quoted part of that sentence is courtesy of The United States Department of Justice, which issued a news release June 20 announcing the charges and the name of the company the accused worked for: PacNet, which was based in Vancouver on Howe Street.

Frappier was in charge of PacNet’s marketing and client services departments and Kelly oversaw the company’s compliance department, according to the Department of Justice.

The Department of Justice alleged PacNet served as the middleman between banks and fraudulent mailers and aggregated the cheques, cash and credit card payments collected by its clients.

The payments would be deposited in PacNet-controlled bank accounts. Funds would then be distributed as directed by the clients, the indictment alleges.

The indictment further alleges that PacNet, under the defendants’ direction, was the payment processor of choice for companies that mailed large volumes of fraudulent notifications to people.

The notifications were designed to mislead victims into falsely believing they would receive a large amount of money, a valuable prize, or specialized psychic services upon payment of a fee, the indictment said.

This is what Assistant Attorney General Jody Hunt for the Department of Justice’s Civil Division had to say about the four accused:

“The defendants are charged with enriching themselves by helping fraudsters who took money from elderly and otherwise vulnerable victims.”

“The United States Department of Justice will seek to hold accountable those who knowingly advance elder fraud schemes—including individuals outside our borders who enable fraudsters to move their ill-gotten gains into the banking system and benefit from their crimes.”

Numerous victims in Nevada were defrauded of money in connection with the defendants’ scheme, according to U.S. Attorney Nicholas A. Trutanich for the District of Nevada.

So you get the picture—this is a pretty heavy case. In fact, each charge carries a maximum penalty of 20 years in prison.

But the news release from the Department of Justice—which pointed out that Day and Davis each earned $15 million in Canadian dollars between 2013 and 2015—was careful to say “the defendants should be presumed innocent unless and until proven guilty.”

PacNet ceased doing business Sept. 22, 2016, but the PacNet Services Group of Companies continues to exist and posted a statement on its website Thursday in response to the charges.

The company said the indictment is “factually flawed and PacNet and its employees intend to fight the charges and prove their innocence.”

The company said the allegations are focused on “a small portion of PacNet’s business that PacNet voluntarily exited prior to any action by the United States.”

And there’s this: “PacNet never knowingly processed payments for a fraudulent mailing. If a customer complained, PacNet refunded its money and charged the mailer.”

So there you go—two diametrically opposed sides to a story that also involved some significant work done by the Vancouver Police Department, particularly from Det. Const. Dwain Mah.

A B.C. Supreme Court document from February of last year showed the complexity of the case and what Mah uncovered in his investigation, which led to proceedings against PacNet from B.C.’s Director of Civil Forfeiture.

Mah alleged that for nearly two decades PacNet continued to facilitate mail fraud by its clients despite:

The same court document notes PacNet has protested its innocence “over the last 20 years or so.”

That is evident on the company’s website, citing its fight against the U.S. government after PacNet Services, its companies and subsidiaries and 12 individuals were designated a “transnational criminal organization” in 2016.

A statement posted Sept. 22, 2016 on its website said this: “Prior to Sept. 22, 2016, neither PacNet Services nor its affiliates, directors or officers had ever been accused—much less charged and convicted—of any criminal offence arising from its business activities.”

The prosecution should be fascinating.