So where are you going to live next? Hardly a day goes by when I don’t overhear someone being asking this question. Sometimes it is a student who’s just been given notice to vacate a basement suite since the house has been sold.
Mar 27, 2018 4:02 PM By: Michael Geller 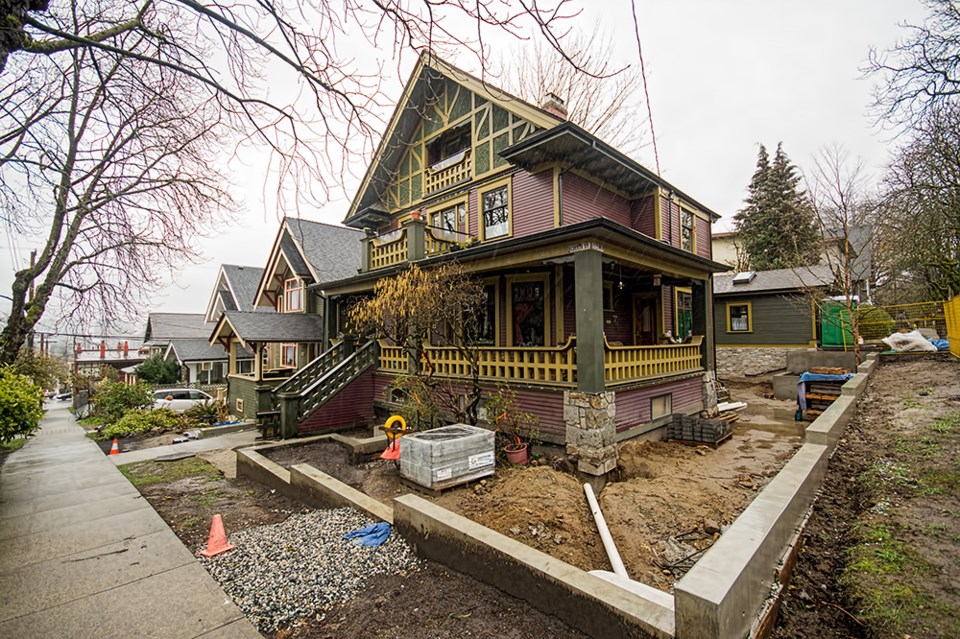 Vancouverites are constantly on the move, whether it’s to a new neighbourhood or new city, and affordability remains a constant factor in that decision. Photo Chung Chow

So where are you going to live next?

Hardly a day goes by when I don’t overhear someone being asking this question.

Sometimes it is a student who’s just been given notice to vacate a basement suite since the house has been sold. Or a long-term renter whose building is being demolished to make way for new condos. Or a young couple about to have their first child.

Often, it’s an older couple whose house has become too big and expensive to keep, especially now that an additional school tax will significantly increase their property taxes.

I regularly talk to community groups and organizations about the pros and cons of alternative housing choices for students, millennials, empty-nester couples and seniors.

Many want to know where to find affordable housing. What should they look out for when buying a new or resale home? Is it better to move into a townhouse or apartment? Is concrete that much better than woodframe? How can you avoid the oftentimes reported pitfalls of condominium living?

While I need more than 700 words to respond to these questions, here are some things to consider.

In the past, many empty-nesters told me they would move out of their house if only they could find a suitably designed townhouse or apartment in their neighbourhood.

After all, just because they were getting older was no reason to have to move away from the community in which they had lived most of their lives. Why should they leave the shops they frequented for decades or the church they regularly attended?

While I still occasionally hear this, I do not hear it as often. That is because many of the favourite neighbourhood shops are shutting down or the church is being redeveloped with condos. The neighbourhood is changing.

Furthermore, children and grandchildren are now living in Langley, Abbotsford, Squamish or Vancouver Island. Perhaps it’s time to cash out and move closer to them.

Today’s millennials are facing a different set of problems. Affordability is the critical issue. While most are resigned to never living in a single-family house, just renting or buying a decent apartment in Kitsilano, near Main Street or Commercial Drive is often out of the question.

Lately we have heard a lot of words and promises from all levels of government about the need to address Vancouver’s housing crisis. However, the reality is that most people I talk with are not going to benefit from government assistance.

Instead, it will be targeted to people in far greater need: the homeless and those in shelters, low-income senior renters, or poor single-parent led households on B.C. Housing’s waitlist.

What we need are more housing choices at prices the rest of us can afford. However, there are real obstacles to producing this housing.

Firstly, there’s the high price of land. Given values along the Cambie Corridor and other Vancouver neighbourhoods, the cost of land for a space equal to that occupied by the chair you’re sitting on is $1,900. The land cost for a 600-square-foot one-bedroom apartment is $265,000.

If that is not bad enough, the city recently announced increased Community Amenity Contribution payments along the Cambie Corridor up to $125 per square foot of building area. This equates to $80,000 or more for a small one-bedroom apartment. This is in addition to other city charges including development levies, permits and engineering fees.

That’s $375,000 and we haven’t yet paid for any of the consultants, marketing fees, financing and other costs, or construction.

When this is added in, that new Cambie Corridor one-bedroom apartment will likely cost $720,000 before any developer’s profit.

For one thing, everyone concerned about affordable housing should challenge Vancouver’s increasing Community Amenity Contribution charges and other fees since they’re always passed on to future buyers. The developer doesn’t pay.

Secondly, just as your first car was probably a used car, first-time Vancouver buyers should consider resales rather than a new project.

And if they own a car, they should sell it and join a car-share program.

One just has to compare the cost of operating a car for 10 years with the appreciated value of the same investment in real estate to understand why.