In a new twist on funding that has been curious since the get-go, the Vancouver School Board appears to have lost out on $22 million to hire approximately 75 teachers.
Jun 26, 2017 11:57 AM By: Tracy Sherlock 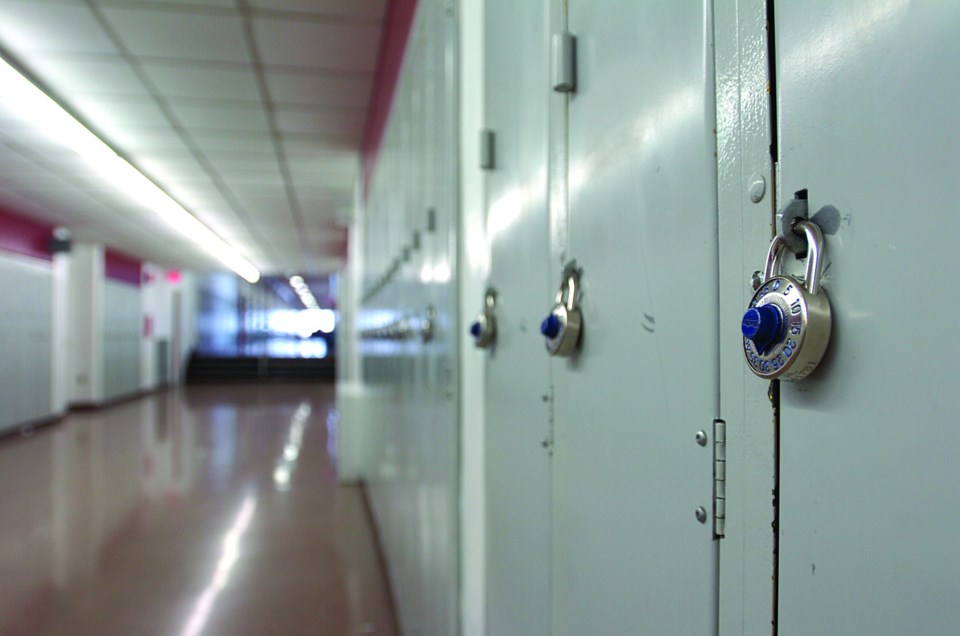 The Vancouver School Board is getting $31.4 million to hire 325 teachers and another $3.8 million for overhead costs, which is significantly less than what was initially projected. Photo Dan Toulgoet

In a new twist on funding that has been curious since the get-go, the Vancouver School Board appears to have lost out on $22 million to hire approximately 75 teachers.

In March, the government allotted the VSB $57 million to hire new teachers to make classes smaller and improve services to students with special needs. Last week, the Ministry of Education quietly announced the confirmed allotments for each district, stating that Vancouver now gets just $35 million.

The VSB is getting $31.4 million to hire 325 teachers and another $3.8 million for overhead costs, interim superintendent John Lewis said in a statement. But Lewis says the VSB asked for more than 400 teachers to meet the restored contracts.

Last November, teachers won a 15-year court battle that went all the way up to the Supreme Court of Canada. The court ordered the B.C. government to reinstate clauses in the teachers’ contracts that ruled how many students could be in a classroom, including limits on the numbers of students with special needs. Also, contracts contained specific ratios for non-enrolling teachers such as school librarians, speech pathologists and English language teachers. Those rules were stripped out of teachers’ contracts in 2002, in a move led by then-education minister Christy Clark.

The VSB’s allocation is down by almost half of the $57 million announced in March, an amount that seemed absurdly disproportionate at the time. Turns out it was.

Now the funds have been adjusted, leaving Vancouver with just about the amount I predicted.

Negotiations are not over though — the VSB says some items are still under consideration and they are hopeful they will get more money.

Other districts around the province are speaking out that the funding is not enough. The Saanich School District is $1.5 million — the equivalent of 15 teachers — short according to a letter written by Don Peterson, president of the Saanich Teachers’ Association.

The new allotments are a mixed bag — some higher, some lower than the early estimates. The Richmond School District was originally allocated only $11 million, but now it will be getting nearly $24 million, while Coquitlam was slated to get nearly $17 million and will now get $21 million.

But the VSB’s initial estimate was out by the biggest margin of all — a whopping 42 per cent. Such a large discrepancy doesn’t seem like a simple miscalculation, especially given the historical conflict between the province and the VSB over finances. A suspicious person might think it was done on purpose to avoid news of a budget shortfall smack dab in the middle of an election.

The VSB used some of its allocation to balance a projected $14.9-million shortfall, a financial move that the government said at the time was not allowed. The VSB argued it could use the fund that way because it was already paying for more specialist teachers than were required. Acting secretary-treasurer Guy Bonnefoy said at a public meeting in April that the alternative was to lay off those extra teachers and then rehire based on the restored contracts.

The reduced funding does not affect the VSB’s balanced budget; rather it means they will hire fewer teachers.

Now, it looks like we will have to wait a while longer to see how this all plays out. With the election nearly two months in the past, B.C. is still waiting for its final outcome. By the time this column is in print, the Liberal government may have fallen; however the way things are playing out, it’s hard to predict anything with much certainty.

Given the turnabouts in the Liberals’ throne speech, a bizarre mix of NDP, Green and Liberal platforms including a proposal for a royal commission on education, it seems anything is possible in B.C. politics.

Summer is often a slow time for education, but this one seems rife with potential action and interesting proposals.