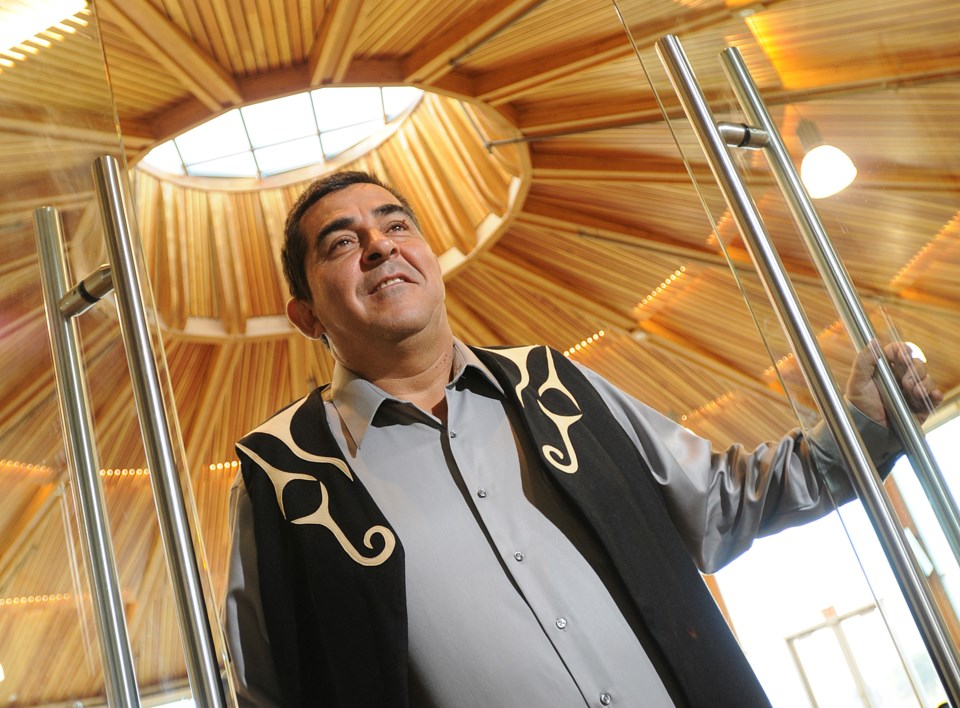 Wayne Sparrow was re-elected Nov. 30 as chief of the Musqueam Indian Band. His only challenger was Jordan Point, the executive director of the First Nations Fisheries Council of B.C. Photo Dan Toulgoet

Well, that was quite the election last month, eh?

No, not that one.

The other one — the one that is more relevant to Vancouverites than the election of that guy with the orange hair who lives in a tower high above Gotham City.

I’m referring to the re-election of Wayne Sparrow as chief of the Musqueam Indian Band. He won a third term Nov. 30 and no one noticed — not in the mainstream news media, anyway. Of 571 ballots cast, Sparrow won 377 votes to challenger Jordan Point, who collected 193. One ballot was spoiled.

“You heard, eh?” the chief said when I contacted him and noted the lack of news coverage on his victory. “There probably would have been headlines, if it went the other way.”

Sparrow faced a respectable challenge from Point, who is the executive director of the First Nations Fisheries Council of B.C. and now former band councillor. Point’s campaign included holding an event at the Musqueam Golf Course and using social media to reach voters.

Sparrow, by contrast, had a few signs put up by family members.

“I didn’t campaign at all,” he said, noting people in the community know who he is and what he stands for. “We pretty well just stayed low and let the chips fall where they fall. In his campaign, Jordan kept saying we need change, but I think the election results speak for themselves.”

Point was gracious in defeat, both in his Facebook post — “Take care of yourself and your health, and surround yourself with good people” — and when I caught him over the phone on vacation: “Obviously, I’m disappointed. I thought we really needed to make some changes and get some modernization and advancement in the way we’re doing business. That was the platform that I ran on. The people have spoken, but there were a couple of hundred people who thought that we did need to change.”

The Musqueam election marked the first time the band opted to run a vote under the First Nations Election Act, as opposed to the Indian Act. That meant Point could not run simultaneously for chief and a council position, as was the case in previous elections. The other significant change is previous two-year terms are now four years for chief and council.

In his next four years as chief, Sparrow said, he will continue to focus on developing land and pouring the profits back into areas such as education and housing for band members. The goal is to get members working on projects such as the 21.4-acre residential development to be built on Musqueam land near the University of B.C.

“Hopefully, our community members will see the opportunities that are ahead of them and be able to get careers going for themselves,” he said, noting the band is looking to break ground on the University Endowment Lands’ project in late January, early February.

The project is the beginning of the Musqueam’s foray into the large-scale development world in Vancouver. The band is also working with the Squamish and Tsleil-Waututh nations to develop 121 acres of some of the most prized property in the city, including the 90-acre Jericho Lands.

Unlike some other chiefs in Canada, Sparrow’s job is considered part-time. But the commercial fishermen said the chief’s job is getting busier and more like a full-time position. Financial documents for the Musqueam ending March 31, 2016 indicate Sparrow earned $50,000 as chief.

“I’m not doing it for the money, that’s for sure,” Sparrow said.