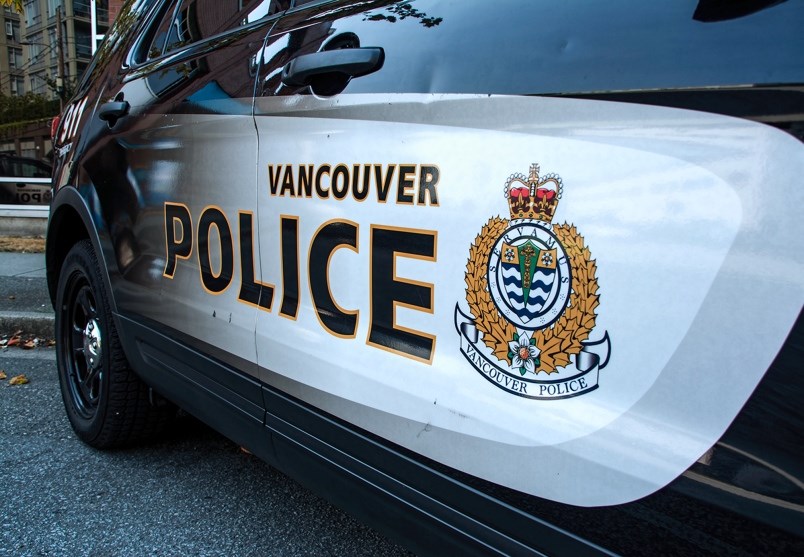 More than two dozen Vancouver police officers were disciplined last year for various incidents related to misconduct on and off the job. Photo Dan Toulgoet

I’ve got some heartwarming news and some unsettling news to share about some of Vancouver’s 1,300-plus police officers.

The unsettling stuff — which involves serious misconduct by officers —comes from the newly released annual report from the Office of the Police Complaint Commissioner.

The report summarizes files involving Vancouver and other B.C. municipal officers who got out of line in the last couple of years and were disciplined for it.

Then — before former Vancouver Police Union president Tom Stamatakis takes to Twitter and accuses me of an imbalanced report — I’ll end with some heartwarming stuff from a patrol officer.

First, to the troublemakers…

The report posted Oct. 22 to the OPCC website summarizes more than two dozen files involving Vancouver officers, who were either on or off-duty when the incidents occurred.

Some involved booze, sexual harassment and use of force, including inappropriate use of a police dog. In one case, a high-ranking officer yelled “profanities and derogatory comments” at other officers conducting a check stop.

I’m not going to list each incident and corresponding penalties. You can read about them here.

Instead, I’ve picked three files, partly because they shed more light on a story I posted Sept. 25 about harassment in the VPD workplace.

Regular readers will recall I reported that at least 51 VPD officers and 18 civilian staff said they were the subject of workplace harassment at some point between 2017 and 2018.

The harassment identified was primarily related to race, gender, ancestry and sexual harassment, according to results of a survey completed last year by VPD officers and staff.

Here’s a case from the OPCC report that confirms that:

That conduct: using “inappropriate” and rude language in the workplace degrading to women, including making a comment to multiple female officers related to a “no dogs allowed” poster in the workplace.

“The police officer acknowledged the behaviour and comments were clearly a mistake on his part and put many people in an uncomfortable position,” the report said.

“The police officer was transferred to a different patrol squad during the investigation of these allegations.”

Discipline: two days of suspension served concurrently, a verbal reprimand and training or retraining in “respectful workplace or workplace harassment.”

In another case, a “senior-ranking” officer received a 30-day suspension, was reassigned and ordered to take workplace harassment training for his actions on April 4, 2017.

The penalty came after he “physically disciplined a special municipal constable by removing her hands from her pockets and also by smacking or slapping her on the buttocks at an official department event.”

In a third case, a senior officer entered into a relationship between June 2016 and October 2017 with an officer under his command while knowing she was “in a vulnerable state, mentally and emotionally.”

He received a five and 10-day suspension.

The officer, however, retired at the time of the investigation.

“Although retired, the police officer cooperated fully in the investigation and participated in all relevant processes,” the report said.

Now to that heartwarming stuff I promised…

Sandra Glendinning is a VPD patrol sergeant and active on Twitter. That’s how I came across a story she shared Oct. 15. Glendinning was reflecting on a domestic dispute call during her early days on the job.

Here’s how she remembered it:

“It’s 1996. I’m still new. The officer I’m working with that shift is a policing veteran. We are dispatched to a domestic disturbance. The caller advises a man and woman are yelling at each other, and there are two small children in the apartment.

“We knock at the door. A young woman answers. Her face is puffed from crying. She holds the door open so we can enter. Her husband sits on the couch. His face is a scowl.

“Their four-month-old is on a play mat, engaged in some unspoken game with their toddler.

“I speak to the woman in the hall. Her husband suffered a back injury and can’t work. He’s on disability. It’s five days until cheque time and they have run out of money for diapers and formula.

“She secured a job that day to help with the bills. That’s why they’re fighting.

“I confer with my partner. He adds to the story. Their rent takes most of the money. The husband had an extra medical expense that drained their funds.

“My partner saw the receipt and it’s not covered by medical. We go back in the living room. The couple are next to each other on the couch. He cradles the baby and she plays pat-a-cake with the toddler.

“There is so much love in the room. We provide a list of resources and leave.

“I’m driving and my partner tells me to park in the 2500-block East Hastings St. I park. He gets out of the car and goes into a big drugstore. I go after him.

“He grabs two baskets, hands one to me. He doesn’t say a word. I follow him, bewildered. But as he stocks our baskets with baby formula, wipes, diapers and canned goods, I begin to understand.

“I point at extra strength ibuprofen. A bottle of baby Tylenol. Vitamin D drops. A pacifier. He nods. Everything goes into a basket on his dime.

“We knock at the door. A young woman answers. She smiles. She holds the door open so we can enter. Her husband sits on the couch. His back is in agony.

“My partner hands them the shopping bags and they protest. They don’t want charity.

“My partner explains it isn’t charity, that he expects them to pay it forward when they are able, regardless of when that is.

“The husband struggles to his feet. My partner shakes his hand. I have no doubt that a deal is sealed.

“His wife has tears in her eyes.