Where on earth did mayoral candidate and hand-talker Fred Harding film this cult-like promo vid?

K&K continues to examine the underbelly of Vancouver’s 2018 election by watching mayoral candidates’ campaign videos so you don’t have to.
Oct 5, 2018 11:10 AM By: Kudos And Kvetches 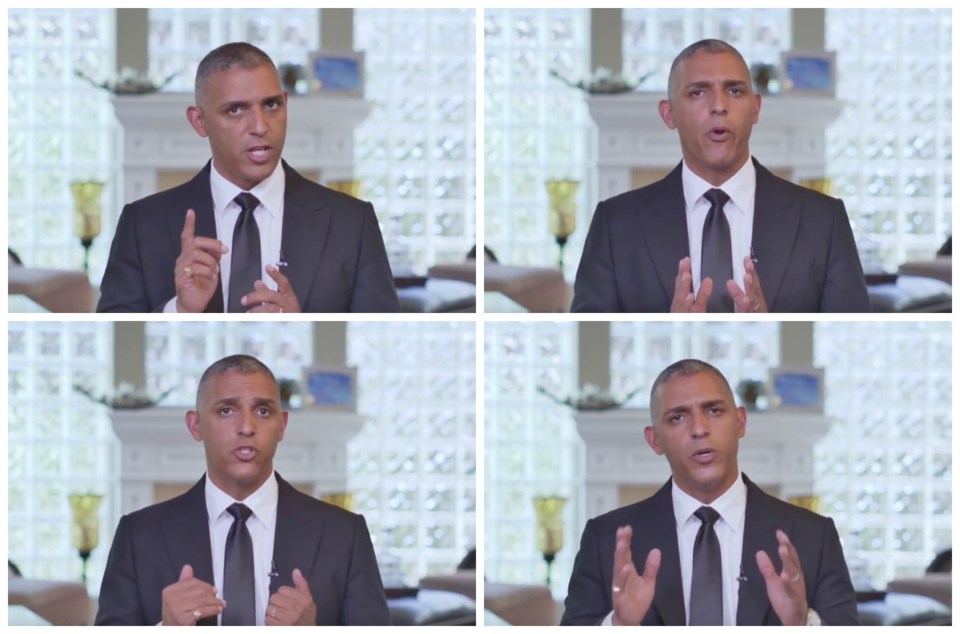 K&K continues to examine the underbelly of Vancouver’s 2018 election by watching mayoral candidates’ campaign videos so you don’t have to.

Next up is Fred Harding, the James Bond-esque figure leading the Vancouver 1st party into continued relative obscurity.

Right off the bat, Harding’s voice and accent is very pleasing on the old ears. It’s like taking a warm bath with Pierce Brosnan or Idris Elba. Not that we’d know what that’s like. We wish.

And Harding sounds very statesmanlike. But he’s also a hand-talker.

Then there’s matter of where the video was shot. His stately, well-appointed living room? A funeral home? The reception area of a day spa?

Also, Harding might want to tone down the appearance of refined elegance when he’s talking about how he’d tackle homelessness, the Downtown Eastside and the opioid crisis. Just a thought.

Add to that some wispy, inspirational music and the whole thing looks and feels like a video for joining a New Age cult  or planning your living will. Both of which are very Vancouver-friendly, so maybe there's been some thought put into it.