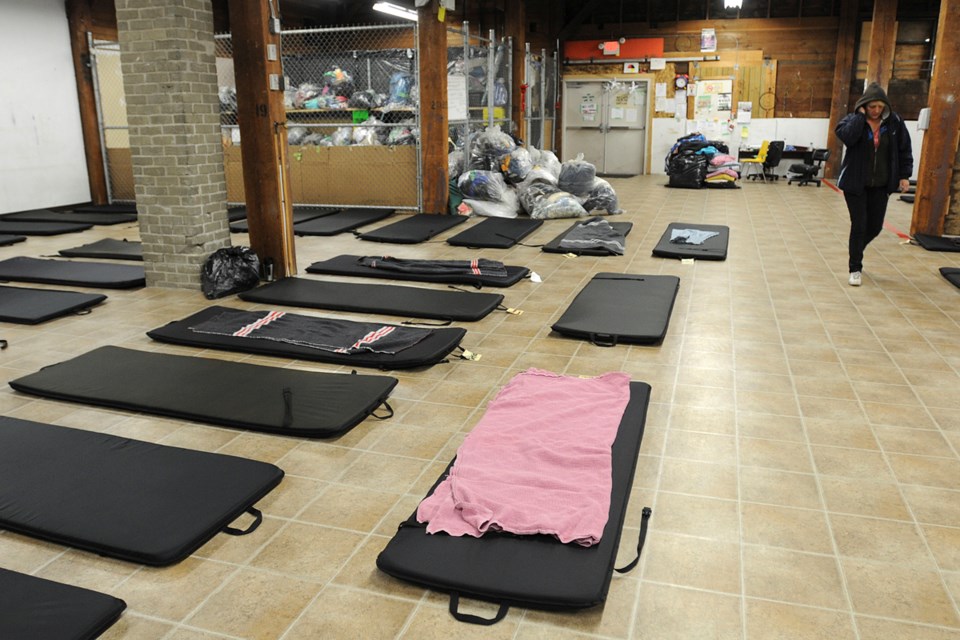 It appears Vancouver has to do something about its homeless shelters.

And that something — in the absence of a miraculous supportive housing construction boom — is making whatever changes necessary to make homeless people feel welcome and safe in these buildings of refuge.

Because hundreds would rather sleep outside.

That is an unfortunate finding of a new report authored by the Homelessness Services Association of B.C., the B.C. Non-Profit Housing Association and Urban Matters CCC.

The report, which is an analysis of the City of Vancouver’s homeless count in March, is the same one I referred to in my previous post. But I didn’t get into detail about the state of the city’s shelters and why homeless people avoid them.

The report provides information that wasn’t available when city staff updated council in June about the homeless count. The number of homeless veterans, for example, is listed (108).

It’s an interesting read, if you want to learn more about why Vancouver’s homeless population continues to grow year over year, with a record-breaking 2,223 counted this year.

Which brings me back to the concern with shelters.

Of the “unsheltered” people surveyed during the 24-hour count, 87 said they “disliked” shelters — the report didn’t elaborate as to why — and 58 said they didn’t “feel safe.”

Another 244 said they refused to stay at a shelter for “other reasons,” including concerns with shelter staff, couldn’t bring their pet with them, preferred to be alone and “shelters are not for them.”

A total of 23 cited bedbugs and pests as reasons.

At the same time, 50 homeless people interviewed in March who wanted to stay in a shelter said they were turned away, although the reason or reasons was not listed in the report.

Unsheltered survey participants were also asked where they stayed the previous night of the count.

A total of 377 stayed outside, 106 at someone else’s or a friend’s place, 69 in a makeshift shelter or tent, 31 in a vehicle and two in an abandoned or vacant building.

Shelters, as previous and current civic politicians have concluded in obvious observations, are not homes.

And, as tenants and housing advocates have told me over the years, neither are many of the single-room-occupancy hotels.

That’s why the Balmoral and Regent hotels, known for decades as buildings with deplorable living conditions and magnets for crime, are still shuttered.

The Flint Hotel on Powell Street, which some of the campers in Oppenheimer Park moved into, was described to me by tenant Sandy Parisien as “disgusting” and “the worst place ever.”

Another camper, Edwin Yobani Zarabia, said he briefly stayed at the Flint but returned to Oppenheimer after he was shot with a BB gun.

So what to do?

Here we are in December, with temperatures falling and people still sleeping outside. Many are in poor health and live with a mental illness, an addiction, or both.

For the past decade, the city has relied on money from the provincial government to open winter shelters, with more than 300 temporary beds available this year. As memory serves, most, if not all, fill up quickly.

Those buildings are activated when the temperature reaches -5 Celsius, or it feels like -5 C, or below. In other words, when it gets really cold like it did last week.

In addition to those buildings, 145 spaces at “extreme weather response” shelters are open. When combined with other centres of refuge, that makes for a lot of indoor space, much of it allowing carts and pets.

But if people have legitimate reasons for not wanting to stay at any of these places — whereas many others seek out the warmth, the mats and the food — where do they go?

The second answer: look outside your window.