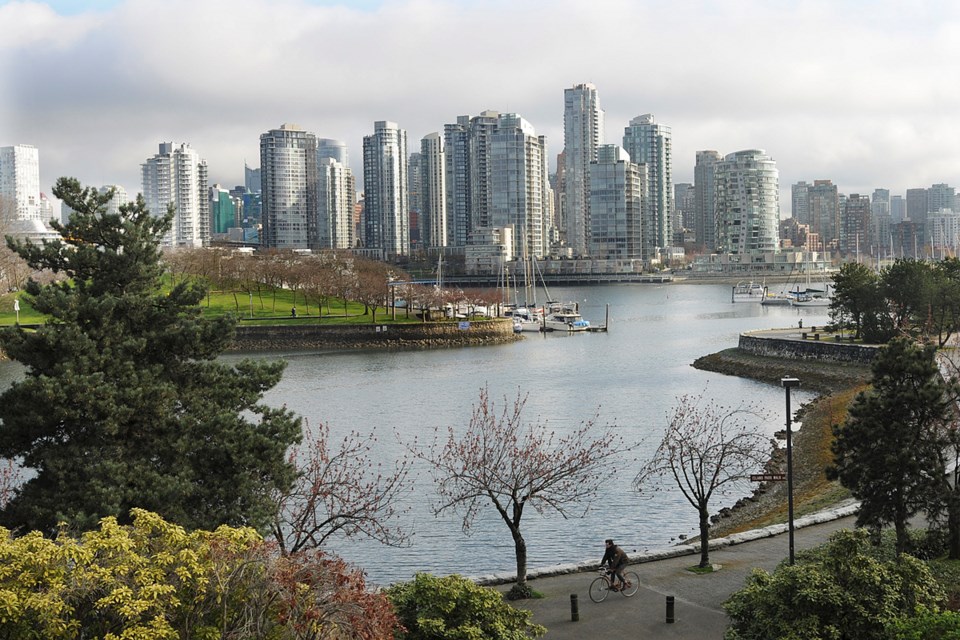 I live in Vancouver. It is the place where I work and pay rent and once got unhealthily drunk at a Bootsauce concert in 1993 when the band was touring to promote their Sleeping Bootie album, even though I wasn’t living in Vancouver at the time, and it’s not a particularly great record. But that is beside the point.

Leaving or staying in Vancouver has become an increasingly popular subject of many a letter to the editor, hashtag campaign and hyperbolic blog post in recent months, and I choose to join the conversation.

I choose to let my thoughts be known because I expect to be listened to. I am entitled to an audience. Just like Bootsauce in 1993 when I tried to get backstage to meet the band and the guitar tech for Pere Fume — Bootsauce’s axeman with the way cool dreads — said, “No way, Jose,” and then sprayed my grey track pants with beer so it appeared to everyone in the bar that I had wet myself. Not cool.

Sure, it is becoming more and more expensive to live here, and I can’t afford to boost all of my Facebook posts like I used to, and I have to wait for my Rogers contract to end before I can upgrade to the iPhone 6 Plus. But that isn’t the point.

What matters is right now. And right now you are reading this. Each and every one of you. And that’s why I’m choosing to believe that you care about what city I envision myself living in.

(I’m not going to mention the part of my vision that involves owning a sweet loft with red brick walls and all the furniture is just different shapes and sizes of leather beanbag chairs and I’m chilling in my crib with Bootsauce 24/7 and maybe some afternoons the members of I Mother Earth — even Edwin! — drop by. None of that’s important.)

What’s important is that you know I’m thinking about living somewhere. Maybe it’s Vancouver, maybe it’s somewhere else where your neighbours don’t care if you crank “Love Monkey #9” on repeat every night between 11 p.m. and 3 a.m.

I remember a time not that long ago, before 1996’s greatest hits collection Bootism, probably before Bootsauce even wrote the first notes of “Touching Cloth” or “Let’s Eat Out,” when nobody seemed to care where I lived. Nobody shared my Facebook posts. Nobody retweeted my hashtags. Nobody had a platform for me to share every last one of my thoughts.

It was lonely as hell.

But now it’s not.

And this is why I choose to live here — not in Vancouver, necessarily, but in this echo chamber of my thoughts and opinions and Instagram shots of my awesome lunch and the belief that it all matters to you. Because it has to. If it doesn’t, then am I really here?

If I fall in a forest, do I make a sound?

Of course I do. But it would be way more dope if someone heard me fall, recorded the sound of me falling and then made a sick remix of that sound using the bassline and drum beat from “Sex Marine.”

I choose to believe I really am here.

And that you are listening to me.

And that Bootsauce will reunite and play my next birthday party, because I have been secretly selling my mother’s jewelry and saving up for the big day.

I choose to believe that you care about this.

Most of all, please share this on social media if you do.