Why is Vancouver the only major city in Canada without an auditor general? 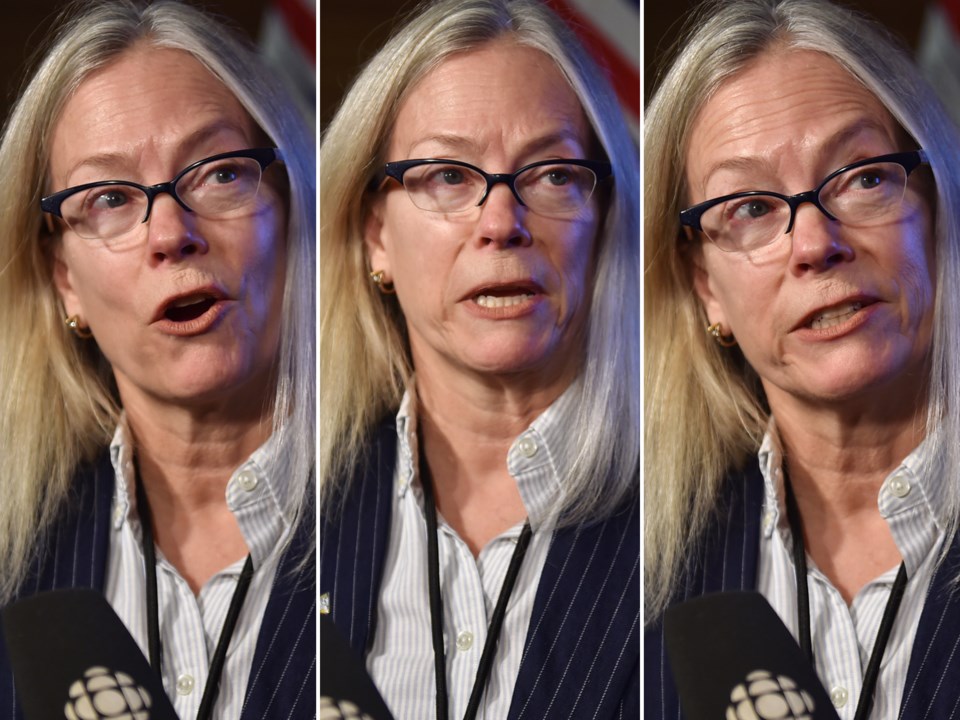 The City of Vancouver needs an integrity commissioner.

Actually, it needs an ethics commissioner.

No, wait a sec… it needs an ombudsperson.

Scratch all that — as of this week, it needs an auditor general!

In my years of typing sentences about the goings-on at city hall, I’ve heard all of the above recommendations.

The only one that got the green light was Peck’s recommendation for an integrity commissioner. The council of the day decided in June 2009 to appoint a commissioner for the duration of the term, which ended in 2011.

My memory is kind of foggy on whether such a person was hired and, if so, did any work. As I recall, the person was to be appointed on an on-call basis.

I’m on the case and hope to get an answer via email, text or phone by the time I get to the end of this piece. I’ll also tell you more about why Peck was involved.

In the meantime, back to the most recent ask of a councillor for a person to bring more oversight to city hall…

The NPA's Colleen Hardwick wants an independent auditor general in place to oversee the city’s finances and operations, noting Vancouver has operating and capital budgets that total close to $2 billion annually.

Hardwick’s nine-page motion tells me she really, really wants an auditor general. And she believes that an initial office budget of $1 million annually will cover the cost.

She has done a ton of research and pointed out Vancouver is the only major Canadian city that does not have an auditor general’s office — or  a comparable city auditor’s office — that is independent of city management.

The key word here being “independent.”

She wants someone in place capable of providing “an essential layer of independent financial and performance oversight of the city’s financial and operational affairs.”

That’s a lot of “internal” business (and use of the word “internal” in one sentence) that Hardwick wants to be external. In other words, let someone else look at the books and have that person report to council on the findings.

This way, her motion states, council can hold “itself and city administrators accountable,” which suggests there is a lack of accountability at city hall regarding finances and operations.

Councillors — and maybe even the mayor and some staff — will certainly have something to say about that suggestion when debate opens Oct. 23 on Hardwick’s motion.

Council was supposed to debate the motion this week, but Hardwick recommended it be moved to another date because she wasn’t feeling well; she was recently in a car accident and suffered a concussion.

While we await debate, it should be noted there is already an auditor general for local government.

His name is Gordon Ruth.

But Hardwick said Ruth’s role is advisory, not supervisory. And as such, the office does not comment on the policy decisions or objectives of civic politicians, impose requirements, “or duplicate existing financial accountability mechanisms.”

She added that Ruth has publicly stated that his office — which serves 190 local governments — does not have enough resources to conduct more than a few selected performance audits each year.

As the auditor general’s website states, the office was created to assist local governments in improving their operations, which includes giving advice and making recommendations to “help them deliver their services more efficiently, effectively and economically.”

Ruth’s most recent report, which was released in August, did a performance audit of the Township of Langley’s management of its drinking water system.

The only other report he released this year had to do with a performance audit of the District of Mission’s emergency management plans and programs.

Now back to the story about Peck and the integrity commissioner…

I checked with two former city councillors who couldn’t recall whether such a person was hired. I’m waiting on the official word from the city, but hadn’t heard back as of writing this sentence.

Back in 2008, the city hired Peck to investigate how a confidential document regarding the Olympic Village was leaked to the media.

The Globe and Mail obtained the document and published a story during the 2008 civic election campaign. The story revealed council unanimously approved a $100-million loan to ensure construction of the Olympic Village would continue.

The leak became the focal point of the campaign.

Peck looked into the leak as the Vancouver Police Department conducted a simultaneous investigation that, as I revealed, involved several councillors agreeing to a polygraph test.

In the end, no charges were laid and the source of the leak was never found. Peck, however, recommended the city hire an “integrity commissioner,” whose duties would include investigating city councillors who contravene the city’s code of conduct.

A commissioner was needed, Peck said, because the oversight and accountability provisions in the city’s Code of Conduct were lacking. I know the city updated its code of conduct, but — as mentioned — I’m awaiting an update on whether a commissioner was hired.

Hardwick’s motion, by the way, makes no mention of the need for polygraph tests to be conducted at city hall, although such a move would not be unprecedented.

It would also make for some good copy.

And some spectacular images.

Update: Just received this from the city's communications department...

An integrity commissioner was not hired at the time. The city took a different approach instead by amending the Code of Conduct and adding section 8.3 where a third party investigator can be hired to investigate. Details are outlined here