Will any mayor of Vancouver ever solve homelessness?

Homelessness increased under the leadership of Sam Sullivan and Gregor Robertson
Jun 13, 2019 12:07 PM By: Mike Howell 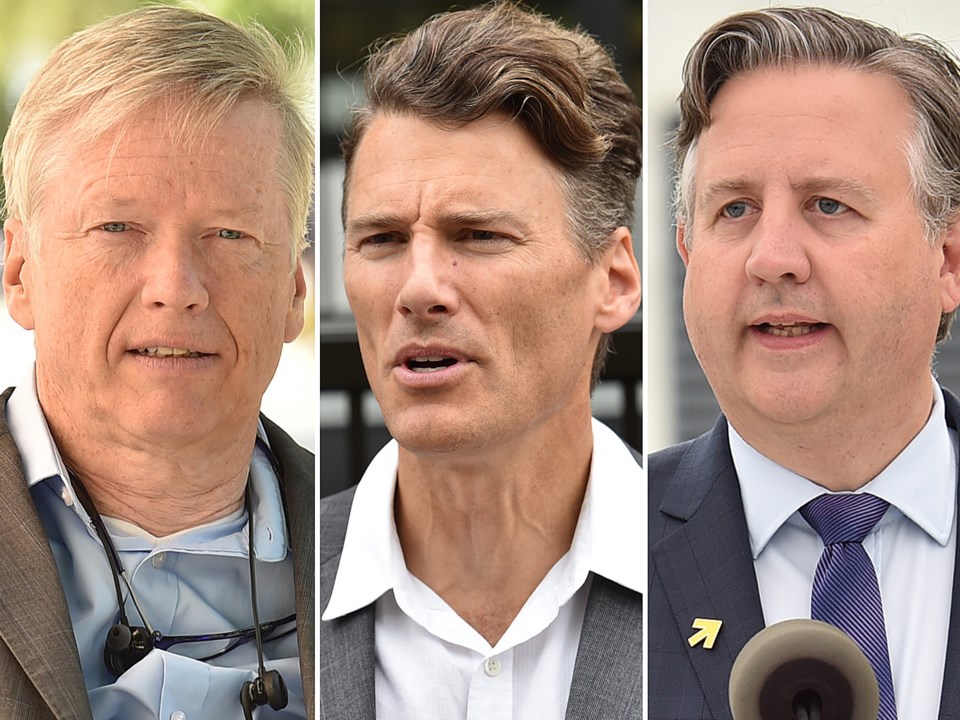 Remember that guy who used to be mayor of Vancouver and told us he was going to end “street homelessness” by 2015?

Remember the guy before him who launched something called “Project Civil City” and planned to reduce homelessness by 50 per cent?

Gregor Robertson and Sam Sullivan had some laudable goals.

Not, as we discovered, without a considerable amount of cash coming for housing — which never came in the boatloads needed — from the provincial government or the feds.

The stats show homelessness only got worse under Sullivan and Robertson, who were in charge at city hall with majority councils from 2005 to 2018.

So I was interested to read a news release from the B.C. Liberals this morning that quoted Sullivan, who is now the Liberal MLA for Vancouver-False Creek and his party’s housing critic.

The headline on the release: “Homelessness in Vancouver continues to rise, despite NDP promises.”

“Since the NDP has been in office, Vancouver has seen a 20 per cent increase in its homeless population. This is unacceptable. Instead of creating new units to house vulnerable people as promised, the NDP is failing to meet its commitments and leaving them in the cold.”

That’s a bold statement coming from a former mayor whose plan to cut homelessness by 50 per cent was launched when the very party he now represents was in power in Victoria.

The Liberals did spend millions to build 13 supportive housing sites, bought and renovated a couple dozen single-room-occupancy hotels, leased some former hotels for temporary housing and provided rent supplements to many.

Still it wasn’t enough to turn the tide on homelessness.

In addition, the Horgan government provided me with a detailed list in March of 25 housing projects in development in Vancouver.

You can read more about this and see the full list here.

City staff’s presentation Wednesday on this year’s count revealed the new guy at city hall — Kennedy Stewart — and his mixed council have a lot of work to do to achieve a better legacy than their predecessors.

The 2,223 people counted over a 24-hour period in March was an increase of 42 people over last year’s count.

For those wondering about how the homeless numbers compare to overall population growth, homelessness grew by two per cent over last year.

Overall population growth was one per cent.

The only real positive sign — if that’s even possible to say when the homeless man outside our office window has been slumped in a chair since I arrived this morning — is that the number of unsheltered dropped from 659 last year to 619 this year.

Unsheltered, by the way, is a term used to describe people living on the street, living in vehicles and “couch surfing.” In other words, a person staying at someone’s place who doesn’t pay rent.

So what’s Stewart got to say about all this?

Well, a lot, as I reported yesterday.

The main takeaway from what the mayor said is that he’s grateful for the funding from the provincial government but isn’t happy with Prime Minister Justin Trudeau and his government.

Homelessness is only going to decrease, he said, if Trudeau comes through with millions of dollars for housing for the city’s most vulnerable.

Unlike Robertson and Sullivan, Stewart has not made any promises or developed any type of Project Civil City-type slogans.

But he repeated a new talking point twice at Wednesday’s news conference that you will undoubtedly hear more of during his term.

It is so new that he had to read it from his speaking notes.

It goes like this: “We need to make sure that homelessness is rare, brief and one-time.”

And it’s ambiguous enough to not have him called out on why he didn’t cut homelessness by 50 per cent, or end street homelessness.

The target here for Stewart is Trudeau.

It was the prime minister's government that promised at a news conference in Vancouver in November 2017 to spend $40 billion on a 10-year national housing strategy that aims to cut chronic homelessness by 50 per cent.

By Stewart’s count, Vancouver has received $300,000 for housing from the feds since he’s been mayor. That’s about a third of what it costs to buy a fixer-upper in the ’burbs.

Meanwhile, the homeless man is still in the alley outside my office window. He told me the shelters are full and he wants housing.

His name is Bryn.

Note: Received an email from someone in the B.C. government who read this piece and said: "I know the Sullivan quote states a 20 per cent increase under the current government and you debunked some of that. To be even more specific, the count shows a two per cent rise in each of the past two years which--using the same way MLA Sullivan characterizes it--would contribute a 16 per cent rise to the previous government."