If you've ever been out to see live music in Vancouver, you need to read this book 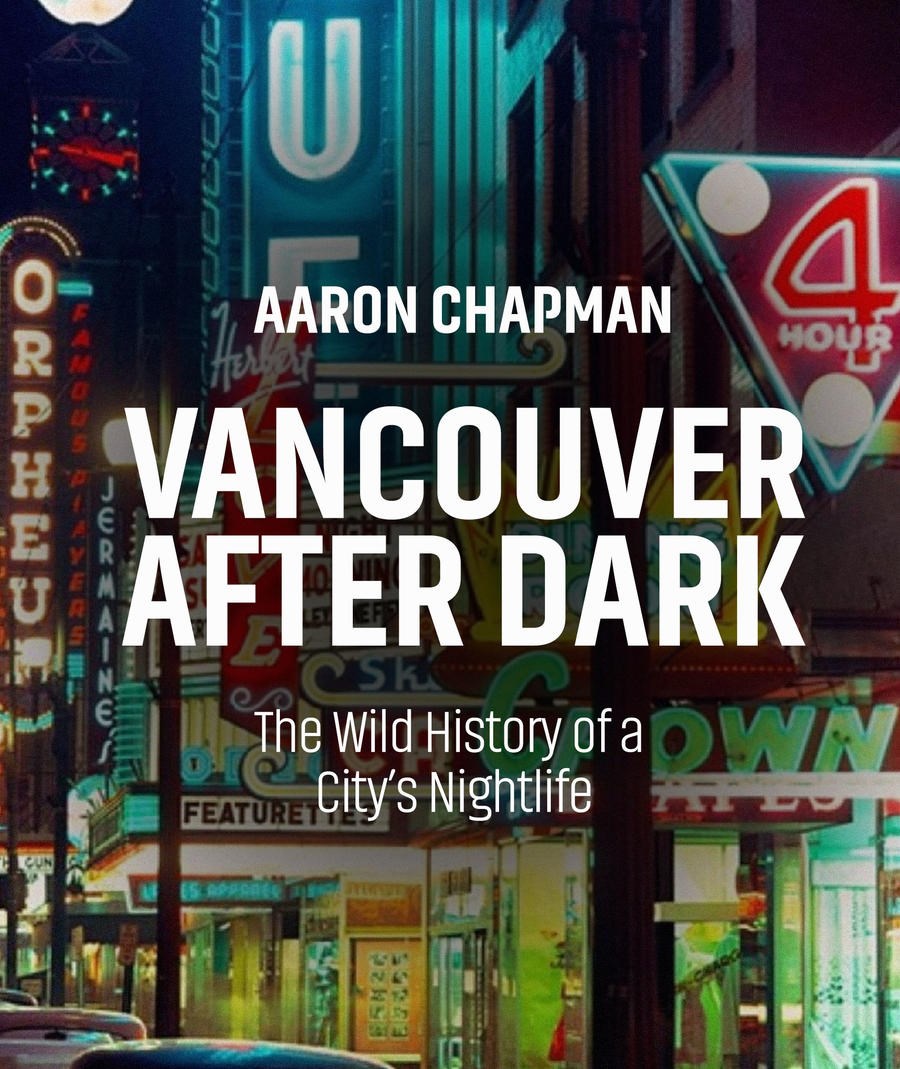 Historian, musician and author Aaron Chapman is hopefully rolling toward a City of Vancouver Book Award in the coming months for his latest work, Vancouver After Dark: The Wild History of a City's Nightlife. He certainly deserves at least a nomination for it; this title from Arsenal Pulp Press does a huge service in helping residents of this city understand the place - more than any I've read in the last couple of years.

Chapman's previous work includes a book all about The Penthouse and another about The Commodore, which are still very much going affairs. In this title he does a deep dive into a different genre of venue: ones that have come and gone... but left a mark.

Over 233 pages you'll find stories of places you didn't even know existed (and many that you did), accompanied by never-before-seen photos, as well as posters and other memorabilia.

You'll learn about the early dance halls and cabarets, and the people who started, managed and worked in them.

You'll find out why the heck Danceland, Isy's, and The Cave are so important to our collective memory.

Lastly, if you're of a certain generation (mine!), once you get to chapter 9 ("Gastown and Beyond") you'll not only have a great trip down memory lane but you'll learn so much more about the nightclubs of the 80s and 90s than you'd ever thought possible.

The curtain is pulled back on the stories of Luv-A-Fair, Graceland, The Town Pump, The Pig and Whistle, Mars, The Starfish Room, Richard's on Richards, The Brickyard and others who were around during what is arguably the "golden age" of nightlife in Vancouver.

What makes Chapman's work unmatched is the amount of detail he goes into with each of his subjects. He conducted many interviews over many years, put in what appears to be ten years worth of research, then two years of writing.

Summed up, this is a book you need to read if you've ever seen a live music performance in Vancouver.

Vancouver After Dark colourfully documents a century of our city’s nightlife
Nov 19, 2019 4:07 PM

These are the best B.C. books of 2019
Dec 9, 2019 7:07 PM
Comments
We welcome your feedback and encourage you to share your thoughts on this story. We ask that you be respectful of others and their points of view, refrain from personal attacks and stay on topic. To learn about our commenting policies and how we moderate, please read our Community Guidelines.