Thursday, the B.C. government announced a new one-year fund called Amplify BC, a four-pronged grant program aimed at supporting music industry professionals of all kinds in the province.
Mar 22, 2018 10:48 AM By: Lindsay William-Ross

Thursday, the B.C. government announced a new one-year fund called Amplify BC, a four-pronged grant program aimed at supporting music industry professionals of all kinds in the province.

Amplify BC is a $7.5 million fund that will be administered by Creative BC, and it comes just as its predecessor, the BC Music Fund, comes to its fiscal end on March 31. For so many industry professionals, the value of grant-based funding is priceless, and the news is cause to celebrate.

So how does some thing like Amplify BC, or the BC Music Fund, affect the Canadian music industry?

The BC Music Fund was $15 million grant to help musicians province-wide. Funds were available in a variety of categories for applicants looking to record, tour, or launch music-related businesses in B.C.

For many musicians and others involved in the business or technical side of the music industry, the BC Music Fund was a vital boost, and one for which the impact will be measured long after its March 31 fiscal end.

One such person is Tarun Nayar, a Vancouver-based musician with the bands Delhi 2 Dublin and Desi Sub Culture and a soon-to-be-launched YouTube music label.

The BC Music Fund "allowed most of the musicians in B.C. to breathe a collective sigh of relief," attests Nayar via telephone from a Toronto recording studio. "For two years we could do what we needed to be doing," he adds, pointing to accessibility increased financial support accords music professionals.

Nayar says that his peers in the industry are often limited by lack of financial means, and an infusion of support can open doors to opportunities like working in top of the line recording studios with key behind the scenes talent on board. For his various projects, Nayar and his colleagues applied to and were awarded BC Music Fund grants supporting everything from recording to touring to new business support.

Additionally, musicians in B.C. face a variety of challenges depending on their proximity to urban centres, as well as their genre of music--most notably how likely the music is to fit in with most Canadian radio programming, which Nayar says under-represents or outright ignores music by non-mainstream or non-white Canadian artists.

Some of those acts turn to the U.S. out of necessity, thanks to more independent radio stations offering airplay, and in turn, the outside perception is that Canada is a powerhouse producer of musical acts.

"There's a thinking in the [music] industry that Canada punches above its weight," Nayar elaborates. "We do well, and the reason is because of this funding," he adds.

Sometimes the opposite phenomenon happens, though, for Canadian bands who achieve high-profile success in Canada, but who remain virtually unknown south of the border.

Despite the insular nature of the music business in Canada, Nayar is grateful that Canada, and B.C., does support artists and industry professionals through grants. 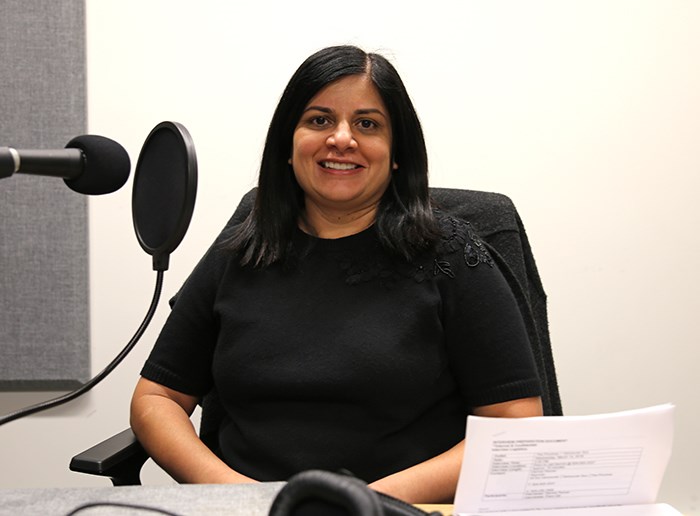 Prem Gill is the CEO of Creative BC, the non-profit that administers the BC Music Fund. Gill spoke at length about the Fund and Vancouver's ambitions as a "Music City" on the V.I.A. podcast.

"It's had a huge impact on the music industry here, across the province," Gill says of the BC Music Fund. Gill points to the scope of the Fund's reach, noting that while the two-year Fund comes to a fiscal end on March 31, many of the awarded projects will come to fruition in the coming months, including exciting events like Vancouver's inaugural Skookum Festival in Stanley Park.

Festivals like Skookum are also part of an ongoing effort to make Vancouver a "Music City," where not only is on and off-stage talent cultivated, but that the audiences have plentiful opportunities to experience music firsthand.

For Gill, the JUNO Awards in Vancouver on March 25, and the surrounding forums, workshops, and live performance events, are "part of [the] energy" of what makes a "Music City."

"The JUNOs, I believe, will have a really strong legacy in the city," remarks Gill.

What remains to be known aren't only the JUNO winners for 2018, but also if the event alters Vancouver's position on the Canadian musical landscape. Now one mystery is solved: The BC Music Fund has been re-booted as Amplify BC.

With Amplify BC, the music industry gets one more year of funding, but it seems the precedent has been set.

"We listened carefully to advice from people involved in many facets of the music industry. I’m excited that our government is creating this new funding program designed to give artists and other music professionals the support needed so they can continue to grow,” said Lisa Beare, Minister of Tourism, Arts and Culture in a media release for Amplify BC.

"B.C. has a well-earned reputation for excellence in music production. This fund will help place B.C. talent on the world stage."