Fans of TV's "Arrow" launched a special fundraising mission in Vancouver: To get a park bench dedicated in honour of the show's lead couple.
0
Dec 20, 2017 4:01 PM By: Lindsay William-Ross

Earlier this year, fans of the television show Arrow launched a special fundraising mission in Vancouver: To get a park bench dedicated in honour of the show's lead couple. 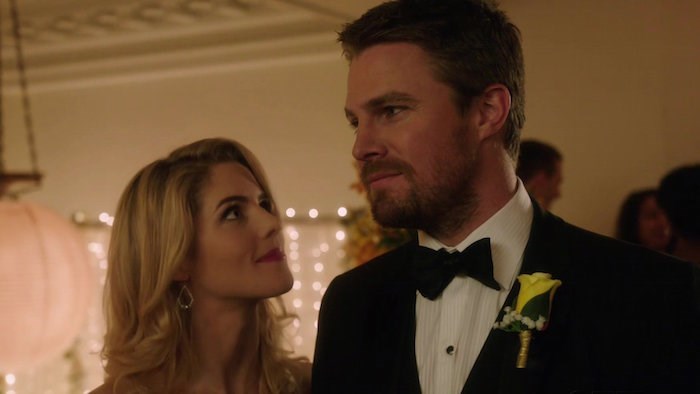 The anonymous fan group called themselves the Olicity Bench Project, named so for the nickname the Vancouver-filmed show's devotees use for characters Oliver (Stephen Amell) and Felicity (Vancouverite Emily Bett Rickards). The plan itself: The “Olicity Leaves Its Mark” project.

The Olicity Bench project organizers explain that the idea for getting the bench would be "something special to unite the fandom during the hiatus" between the show's fifth and six season.

Organizers set up a GoFundMe page to bring in money to purchase the bench dedication. The project's goal was the $4,000 CAD needed for a 10-year dedication, and any extra raised would go to parks preservation.

Over the course of one week this June, with help from contributions from fans around the globe, they raised nearly double the goal, hitting the target mark in just two days. The bench was set to be located in Stanley Park, and the organizers selected the quote for the plaque after running a poll on Twitter.

On December 4, the Olicity Bench was officially inaugurated.

A few days later, the "Oli" of Olicity, actor Amell, paid a visit to the bench.

Done by a group of fans. Over $7k raised to benefit the preservation and continued beauty of Stanley Park in Vancouver. Pretty fucking cool if you ask me. pic.twitter.com/BasNStgJIt

Olicity has been the subject of a great deal of fan fiction over the years, and viewers have gone through the couple's ups and downs through Arrow's six seasons--some of them opting to jump ship when the characters' "shipping" wasn't panning out.

Then Oliver and Felicity thrilled fans this fall when they got married in a special crossover episode event called "Crisis On Earth X." The location: Stanley Park.