Bacio Rosso, which fuses cirque and comedy, also features a gourmet meal served while acts perform in the middle of the intimate setting of a circular big top tent.
0
Oct 10, 2018 9:48 AM By: Sandra Thomas

Bacio Rosso has been described as Moulin Rouge meets Cabaret — and it all unfolds under an antique Belgian “spiegeltent” (travelling tent). 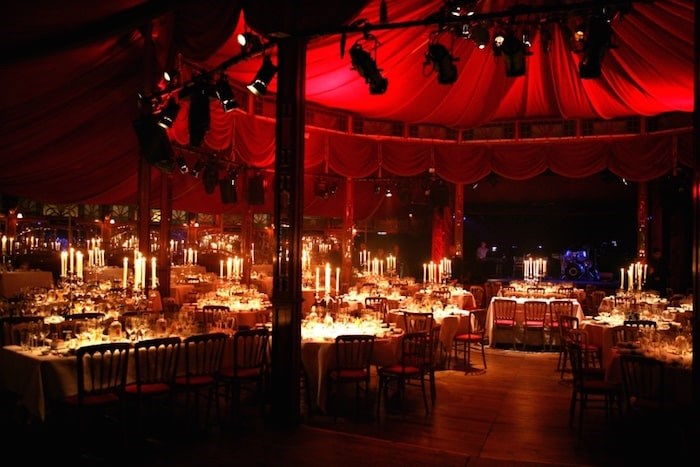 Bacio Rosso, which fuses cirque and comedy, also features a gourmet meal served while acts perform in the middle of the intimate setting of a circular big top tent.

The interior of the spiegeltent is lush red velvet lined with 2,000 bevelled mirrors and accented with handcrafted woodwork. A cast of entertainers from around the world will combine magic, movement and acrobatic performances for an evening featuring magicians, jugglers, trapeze artists, contortionists, clowns, singers and comedians.

The spiegeltent holds multiple stages, a full-service bar and dining tables that place audience members in the heart of the action. Every spiegeltent is not only given a uniquely personal name, but the goal is also to transport guests back to the romance of Old Europe. In the case of Vancouver, this living jewel box has been dubbed the Carrousel.

“Bacio Rosso is an opportunity for Vancouver audiences to experience the joy, magic and humour of this exceptionally enchanting evening and we could not be more excited to showcase the first of its kind in Canada,” says Bacio Rosso artistic director Scott Malcolm, who has spent 15 years directing Cirque Cabaret across Europe and the U.S. 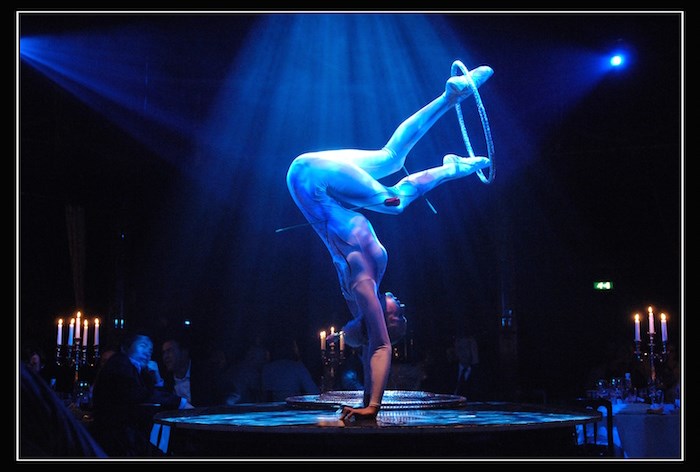 Gourmet cirque cabaret was first introduced to North America by German company Pomp Duck and Circumstance in New York in 1995. The following year it expanded to Atlanta. A permanent show, Teatro ZinZanni, has been running in Seattle since 1998. Malcolm is the past artistic director of both Teatro ZinZanni and Palazzo. Similar shows are also offered in several major European cities including Berlin, Vienna, Amsterdam, Nuremberg, Stuttgart, Basel and Munich by Palazzo Produktionen.

The four-course meal has been created by award-winning Vancouver chef Adam Pegg from La Quercia. Pegg, who specializes in authentic Italian cuisine, was the first Canadian to be awarded a master of Italian gastronomy certification from the Italian Slow Food School. Guests will experience Pegg’s menu throughout the course of the show.

The three-hour event runs from Nov. 1 until at least Jan. 1 2018, Wednesday through Sunday in Queen Elizabeth Park followed by a two-week tear down. The producers hope to continue the show through spring 2019, but that has yet to be confirmed. 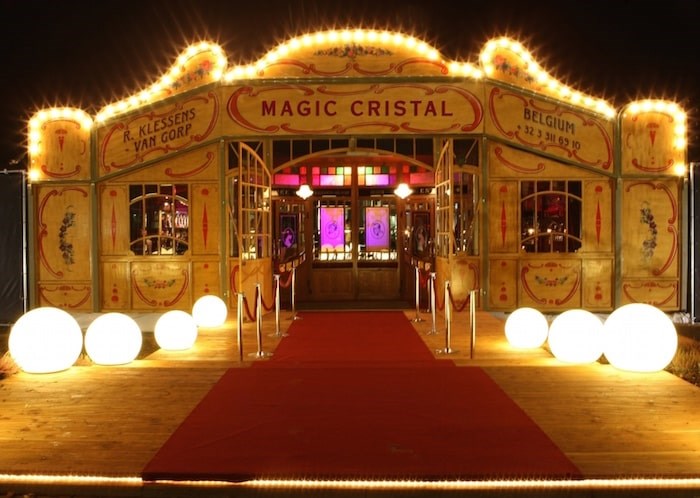 The Vancouver Park Board approved the event last November and set-up for the Bacio Rosso show is underway in Queen Elizabeth Park’s south parking lot near the public tennis courts.