You can tour this breathtaking massive tall ship for free (PHOTOS, VIDEO)

Ever wondered what it’s like to sail the seven seas aboard a massive ship? Well, this weekend in North Vancouver you can get a taste of that nautical life for free.
0
May 10, 2019 7:25 AM By: North Shore News

Ever wondered what it’s like to sail the seven seas aboard a massive ship? Well, this weekend in North Vancouver you can get a taste of that nautical life for free.

The BAP Unión Peruvian tall ship dropped anchor at Burrard Dry Dock Pier Wednesday evening, and will be open for tours to the public. 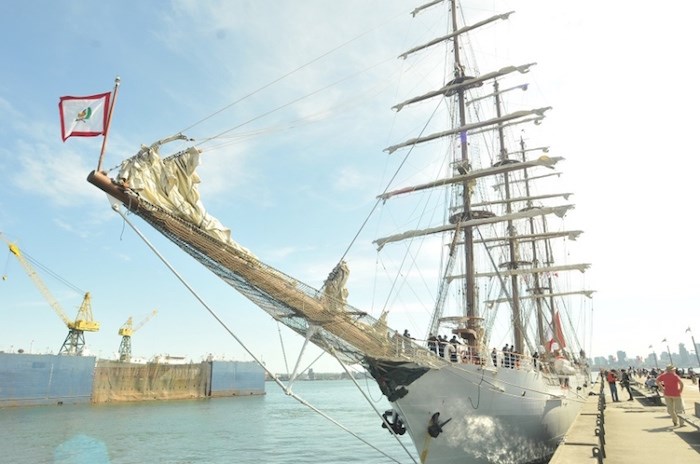 The impressive vessel is one of the largest training tall ships in the world, and is considered a “Roving Ambassador of Peru.” photo Paul McGrath, North Shore News

The ship doubles as a training vessel for the Peruvian Naval Academy, while also acting as a cultural ambassador for its home country.

“This is a training ship, but at the same time it’s like an embassy,” said Roberto Rodriguez Arnillas, the Ambassador of Peru in Canada. “This is a total promotion of the culture and biodiversity of Peru.”

The ship’s arrival celebrates the 75th anniversary of the establishment of diplomatic relations between Canada and Peru. At a press conference held aboard the vessel Thursday morning, Arnillas stressed the importance of the relationship. 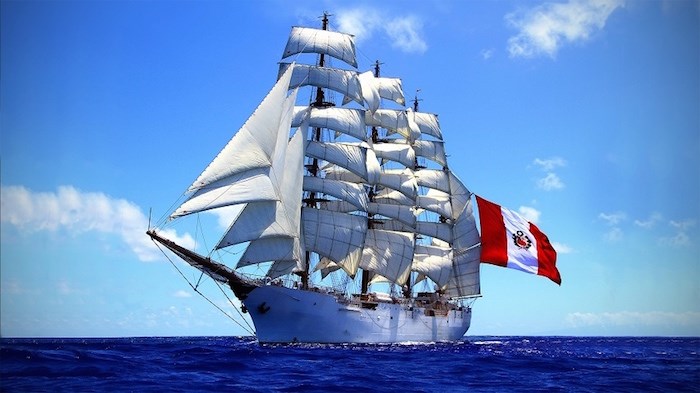 The BAP Unión is named after a famous Peruvian covervette that fought in the War of the Pacific, commanded by Peruvian hero Miguel Grau. photo supplied

“We are like-minded countries that share values and principles,” said Arnillas. “We believe in multilateralism, the protection and defence of human rights and free trade. You can tell here in Canada when you see the Peruvian community, how they have been able to be part of the Canadian society. That’s very telling.”

Something tells me that none of these sailors have a fear of heights pic.twitter.com/Ji3XbKIOsi

“Part of the education of a professional officer is to have an open mind and understanding of how things work,” explained Kurt Ludwig Böttger Garfias, the ship’s captain. “For us, it’s important to mix in with the cultures, and to visit places like Vancouver that has that unique perspective and diversity, with the navy close by. I think it’s a visit that will be very valuable to what we do.”

As part of their visit to Vancouver, the crew will be honouring Captain Bodega Quadra, a Peruvian-born mariner who explored the regions that we now call British Columbia.

“There are several locations here that are named after him,” explained Böttger. “It’s a way of recognizing that even though our official diplomatic relations were established 75 years ago, our interaction predates that, and it’s been fruitful and meaningful for at least 200 years.” 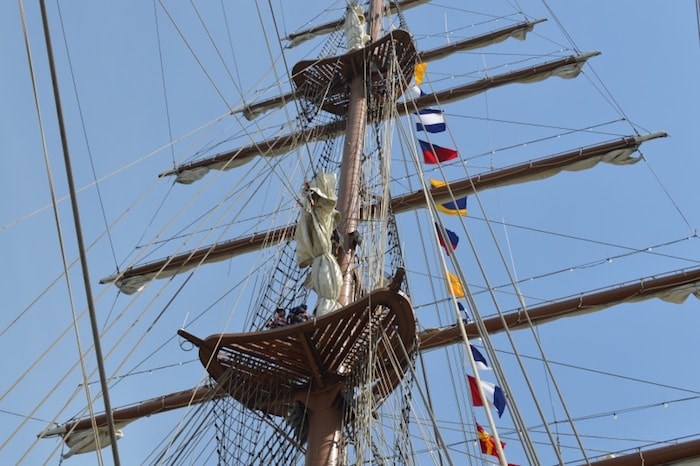 During the press conference, Captain Böttger spoke highly of the crews admittedly short, but excited impression of the city.

“Just judging by the marvellous skyline that received us yesterday, I think it’s a very beautiful city. I think it’s a promising visit. So far, from what we’ve seen, it’s lovely and we very much look forward to go out and enjoy the city.”

Those eager to find their sea legs aboard this spectacular vessel can do so May 10 to 11, from 11 a.m - 6 p.m. daily. But make sure to get there quick, the ship leaves for Hawaii on May 12. 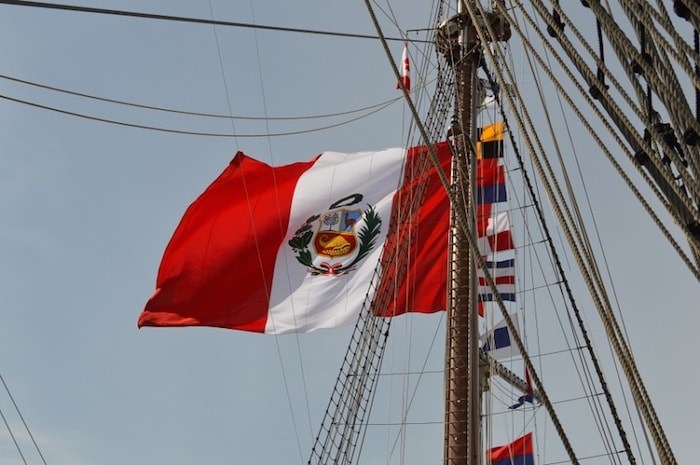 “The ship will be open for visits starting tomorrow, completely free of charge. Anyone can walk in, bring their families and enjoy the ship. They can look at this exhibition of Peruvian products and culture,” said Böttger.

“As with any human interaction, we give you a sample of our culture, but we hope to receive a lot from Vancouver and Canadian culture as well.” 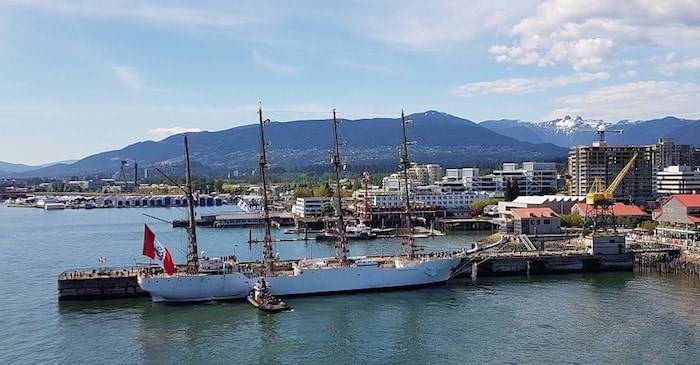