Best Things to Do Easter Long Weekend in Vancouver 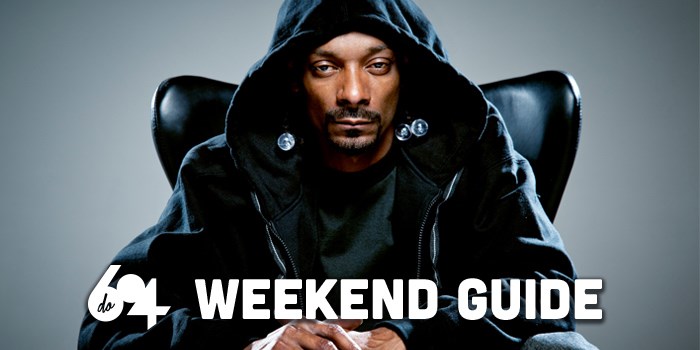 Want to actually have a great time this Easter? Here are the 30 top things to do this weekend, as picked by our city's #knowfun Selectors at Do604.

One of the top picks: vibin' with Snoop Dogg at Rogers Arena Friday night. You'll leave feeling high as a kite.

The Very Best of The Judys record release at The Fox

Meet Vancouver's very own indie super group at The Fox!

Peer into the minds of Emily Carr's first year students and see how they experiment with new ideas, processes, and materials.

Sculpture & Soundscapes: A Multi-media Art Show at The Fall

Galactic Pegasus at The Media Club

Bone-shattering metal core with riffs sharp enough to cut you.

His electrifying performance and flawless vocal delivery will leave you speechless.

Wrekmeister Harmonies at The Cobalt

Bringing the whole spectrum of lightness fading to darkness through angelic vocals and balancing it with thundering distortion and chaos.

Beachy vibes not your thing? Then get lost in Lee K's wicked techno jungle at MIA!

Skiitour at The Fox

Miss the snow already? Skiitour will be bringing snowy vibes and their funky bassline house to The Fox.

The Damned at The Commodore

Fusing genres seamlessly with her sultry tone and quirky melodies.

Uncover local underground & electronic music and see exactly what Vancouver has to offer.

Want to meet new people and make new connections? Well, this is the perfect chance!

Banks at The Vogue

Get lost in Banks' smoky, swooning vocals and visceral lyrics.

A comedian, actor, host of Talent Time and part time Marvel Universe villain. Is there anything Paul Anthony can't do?

I Am Not Your Negro at The Rio

Get a glimpse at what the book James Baldwin never finished could have looked like.

Dels Extended Weekend at The Junction

David Lynch: The Art Life at The Rio

Ghost Bath with Astronoid at The Astoria

Have a great weekend checking out these events! You can always head to our Vancouver Events calendar, powered by Do604, for a full list of our recommended things to see and do in Vancouver.