Meet the man behind B.C.'s Bongdromat (yes, it's what you think)

The Bongdromat works like how you'd imagine: Bring him your dank and stained bongs, and he'll clean them until they look as good as new.
Eric Thompson Nov 29, 2019 7:16 AM 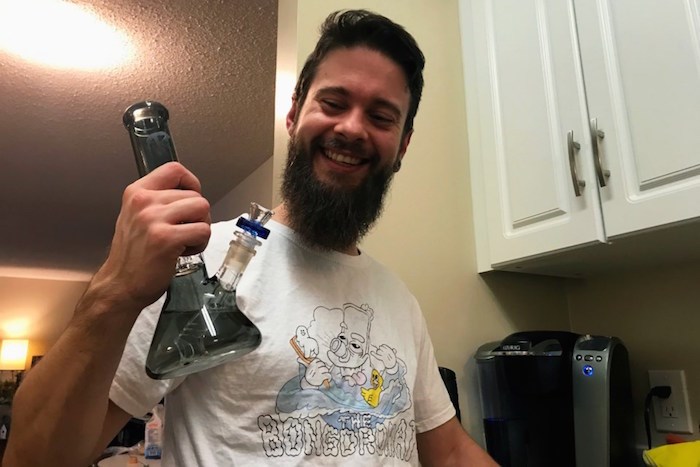 "I've gotta get some dirty bongs to clean... no one has ever said that before," jokes Jordan Robinson.

Because no one has ever expressed a desire to scrub out the ash, tar and resin from these joy delivery systems, the Kamloops man saw an opportunity.

So, he recently launched the Bongdromat, which is exactly what it sounds like: a laundromat for weed paraphernalia. Bring him your dank and stained bongs, and he'll clean them until they look as good as new.

"It's so much smoother," says Robinson. "There's nothing like the first puff out of a freshly cleaned piece of glass. It's just like that first toke out of a brand new bong: people who know it, know that feeling. It's the best!"

It wasn't necessarily the market he saw himself getting into, but after watching his father run his own company, Robinson knew he wanted to start his own business by the time he was 30. That deadline rolled around this year and, while working at the Lemonade Stand (a smoke shop on the North Shore), he got the idea for what might work for him. 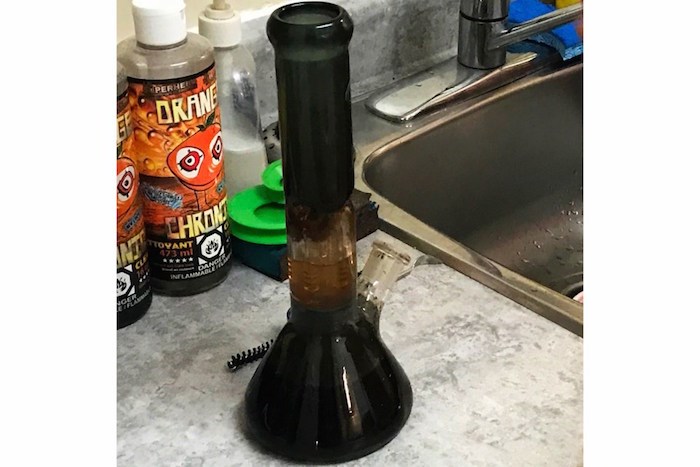 "I was selling bongs and stuff and all of a sudden it occurred to me: nobody likes cleaning their bongs. And I don't really mind doing it. So, where there are windows that need washing, there's a guy that will wash them. I kind of put the two together," he says.

Ultimately, it was the right move for Robinson, because while he eventually wants to start work for himself, he has a wife and a three-year-old daughter to worry about.

"I had to think of something I could do that I could start it up without busting my bank and causing stress amongst the family. This seemed like a safe choice, and a fun choice, because I don't mind doing it."

Outside of his business licence, there was little overhead to launching the service, since he already had most of the cleaning supplies, either through his dad's painting company or his own personal collection. 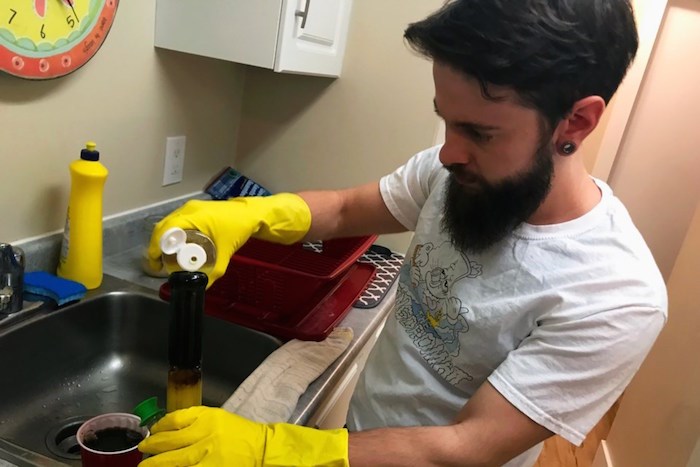 Robinson uses an environmentally friendly glass cleaner, to scrub out the bongs. Photo by Eric Thompson

As for how Robinson arrived at the objectively awesome business name, he says that came out of a conversation with a customer at the Lemonade Stand as he talked about his potential venture.

"He was like, 'That's a cool idea. What would you even call something like that?' And just right off the top of my head: Bongdromat! He burst out laughing and I thought, 'That's the name.' If I can get a chuckle out of that name then I think it's going to stick," says Robinson.

There's a lot to navigate as he launches the service; he's working on some specialized equipment that will help him get at even the tough-to-clean bong arms and better protect the glassware during washes. 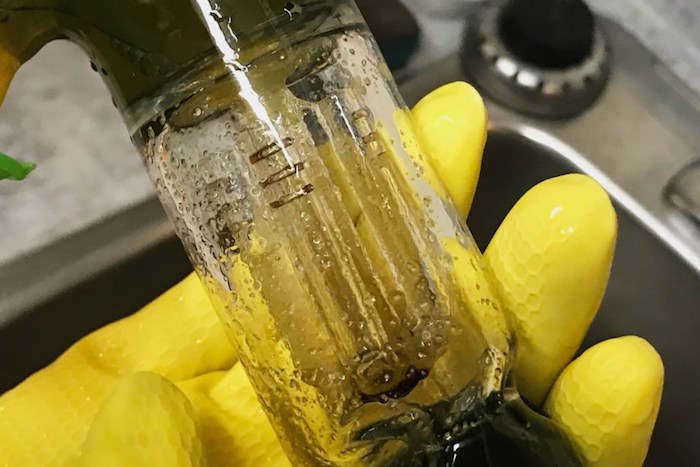 Getting cleaner. Photo by Eric Thompson

He's also still trying to determine the best pricing model. While a service like this emerged in Denver after legalization, there doesn't appear to be anything comparable in B.C.

"Being in a new business that no one has done before, it's an entirely unpaved road, so now I have to pave the roads."

He says prices should start around $20 and will go up, depending on how big and dirty the bongs are.

If customers are curious, they can just text or message him a picture of their bong and he'll offer a quote from there. Then, it's just a matter of meeting up. In about 45 minutes, the bong should be ready for pickup looking clean as a whistle.

He just asks that you give your glassware a quick rinse before bringing it over, so that it doesn't stink.

"One of my main goals is to work smart. I don't want to work myself to death and not make hardly any money for it. And I'd love to be able to spend a little more time at home with my daughter," he says. "So if I can clean enough bongs to make the same wage that I'm making now, I'll be OK. That's the goal... I've always wanted to be a business owner but what really lit the fire was wanting to be back at home with my daughter and making better money for the family."

Perhaps one day, if the market is there, he'll have a storefront for his operation. But for now, you can get in touch with the Bongdromat HERE.