Once-household-name Canadian singer Bryan Adams issued a controversial tweet at 8:45 a.m. this morning that remained live for nearly twelve hours before being deleted this evening.

In it, Adams used expletives to deride "bat eating, wet animal market selling, virus making greedy bastards" who he apparently sees as responsible for him having to postpone some shows at the Royal Albert Hall in London which were supposed to start today.

Before being deleted, it was being called racist by many users of the social media platform who viewed the 60-year-old singer as singling out the Chinese for being responsible for his personal inconveniences. 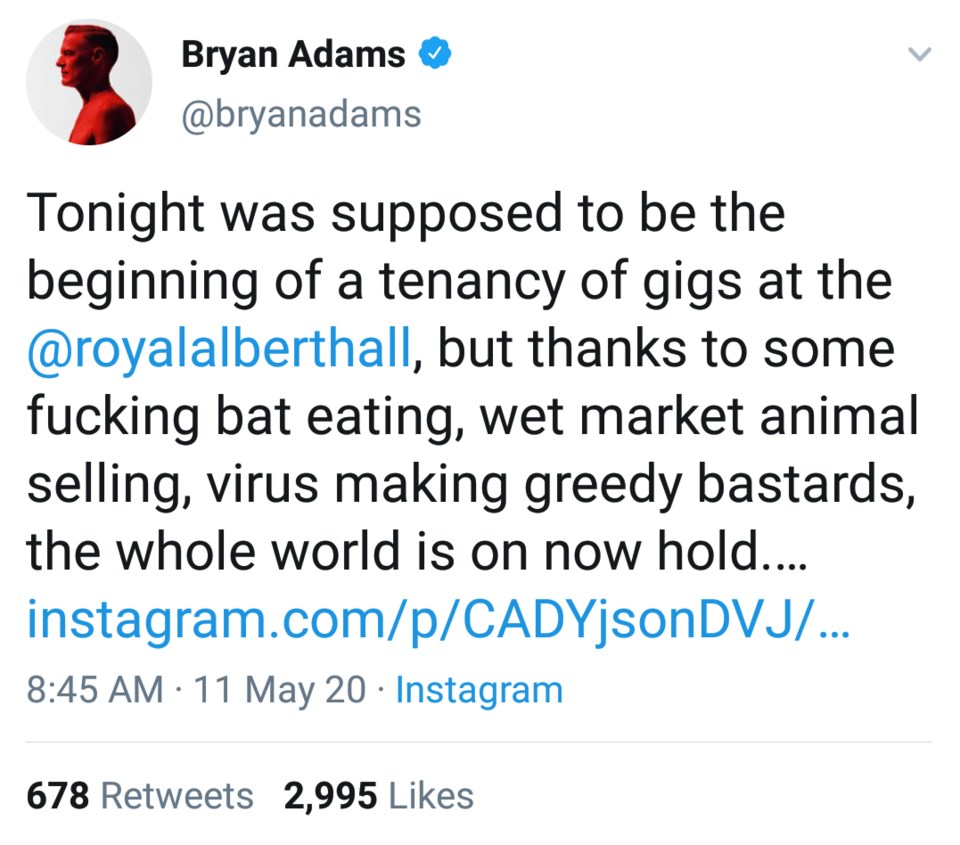 No apology has so far been issued, and as of the time of this writing, the Instagram video that Adams linked to in his tweet is still available to view.

It is posted here below.