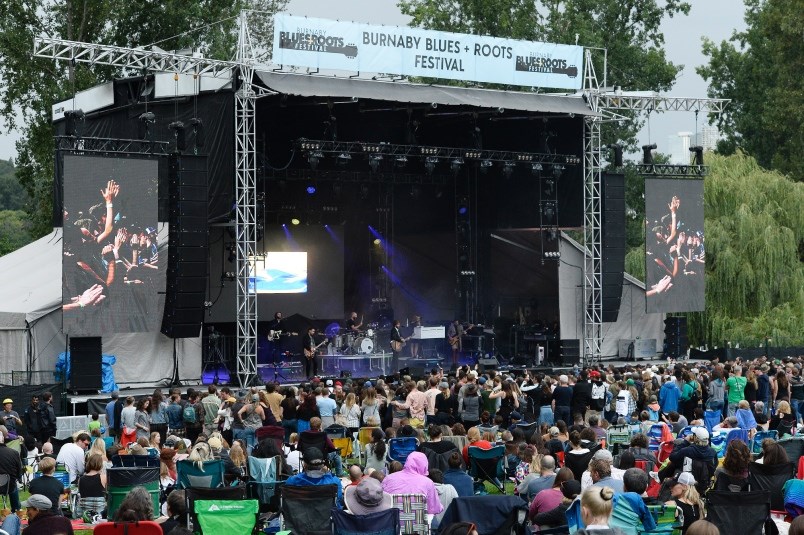 You won't see this scene at Deer Lake Park this summer, as the City of Burnaby has announced the cancellation of the 2020 Burnaby Blues + Roots Festival due to COVID-19. BURNABY NOW FILE PHOTO

The Burnaby Blues + Roots Festival has fallen victim to the COVID-19 pandemic.

The City of Burnaby has just announced the cancellation of the 2020 festival, which was slated to run Aug. 7 and 8 at Deer Lake Park.

A city press release noted the decision to cancel the event was based on guidance from the provincial health officer regarding large events.

This year’s edition of the festival was set to headline classic rocker Steve Earle and the Dukes, in the festival’s first-ever Friday night lineup, while the Saturday entertainment was to be headlined by Grammy Award-winner Brandi Carlile.

Friday’s lineup was also to include Canadian singer-songwriter Colter Wall and folk-rocker Amigo the Devil.

On Saturday, the festival lineup included Alabama-based rock-and-roll/soul band St. Paul and the Broken Bones, along with Black Pumas, nominated for Best New Artist at the 2020 Grammy Awards, plus the blues/soul/R&B sounds of Son Little, the soul/neo-folk/R&B stylings of Tonye Aganaba, and the folk-rock tunes of singer-songwriter Jeremie Albino.

The city says full refunds are available to anyone who has purchased a ticket.

Here’s how to get your refund:

Ticketmaster: People who purchased their tickets via Ticketmaster will receive a full refund (including service charges). Refunds will be processed automatically beginning today (May 1) via the original method of payment. (Note that the cost of expedited shipping and merchandise will not be refunded.)

“For the past 20 years, the Burnaby Blues + Roots Festival has been one of the premiere musical events of the summer in the Lower Mainland,” the press release says. “The festival will return in 2021 with another stellar lineup of world-class artists.”