Though B.C. native Carly Rae Jepsen is one of the most successful artists to hail from Canada during the past 10 years, she is less famous than many of her peers in the industry - and that's by design.
Aug 29, 2019 3:02 PM By: Mike Devlin 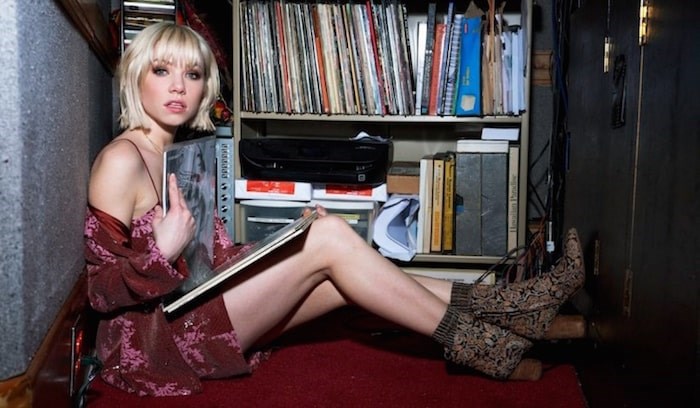 Carly Rae Jepsen is performing at Victoria’s Royal Theatre on Sunday as part of her national tour. Photo by Strut Entertainment

In a recent 3,000-word profile of Carly Rae Jepsen — which bore the title, The People’s Pop Star — GQ magazine described its story subject as “pop’s most unassuming figure” and “talkative in the way someone is when they spend a lot of time indoors.”

When the turns-of-phrase were put before Jepsen during an interview with V.I.A. sibling publication the Times Colonist, the two-time Grammy Award nominee laughed off what could be considered a couple of backhanded compliments. She seemed completely at ease with the description of her personality — which is not surprising, given how much time the Mission native has put into keeping herself even-keeled.

Though she is one of the most successful artists to hail from Canada during the past 10 years, she is less famous than many of her dance-pop ilk, some of whom have enjoyed far less commercial and critical success.

That is by design.

“It became really clear to me, really early on, that I wanted to embrace the artistry of what a career is rather than the celebrity of it,” said Jepsen, 33. “All of the decisions I have made since then have been focused on steering the ship in that direction. It doesn’t mean there can’t be fun moments of getting recognized here or there, but it’s not the motivation for me. It never has been.”

Though the biggest song of her career, "Call Me Maybe," arrived in 2011, Jepsen is just now getting around to touring Canada as a headliner. She has toured across the U.S. on her own over the years, but on previous tours of Canada with Justin Bieber, Katy Perry, Marianas Trench, Hanson and Hedley, she was the opening act. With a new album, Dedicated, in contention for Canada’s annual Polaris Music Prize next month, she is enjoying her time in the spoltight at the moment. “Performing on your own brings me a different joy that I feel every night. We’re at home on stage, getting to do our own thing with a room full of our people.”

We caught up with a chatty Jepsen on the first day of her first-ever headlining tour of Canada, which got underway Wednesday with the first of two shows at Vancouver’s Commodore Ballroom. Jepsen was expecting lots of family at all three of her B.C. concerts, including her performance in Victoria at the Royal Theatre on Sunday. “My grandmother is coming down from Nanaimo for the show in Victoria,” she said with a laugh. “My mom was just texting with her and she said she is going to get her hair done and her nails done and tell everyone about it. It’s very cute.”

Jepsen, who has roots in the Comox area, lived in Victoria in 2004, while attending the Canadian College of Performing Arts. After graduation, she placed third on Canadian Idol in 2007, and in 2010, earned two Juno Award nominations for her full-length debut, Tug of War. The Jepsen of that era bears little resemblance to the sophisticated songwriter she is today, but the foundation remains the same, she said. She might seem inexplicably poppy and cheery on the outside, but her musical influences run far deeper.

“It’s a weird quirk about myself that I’m very much attracted to melancholy music. I love sombre, more introspective things. I’m really into things that make you sit back after a long night, maybe because it is a palette cleanser after what I write. I’ve even tried to write music like this, and out comes is the complete opposite. It’s naturally what I seem to do.”

Jepsen has a very deep connection with her audience, which has led to a bond with fans that appears to one of the strongest in pop music today. She is rarely the subject of scorn, and has successfully navigated a profession that often results in short-lived careers. Jepsen drew some of her best reviews to date in May with the release of Dedicated, the fourth full-length album of her 11-year career.

It would have been easy to assume she would hit upon a losing streak following the storybook success of "Call Me Maybe," which at more than 20 million copies sold ranks as one of the best-selling singles in U.S. history. But that has not been the case.

E•MO•TION, her 2015 album, remains much-loved by millions and has been crowned a pop masterpiece; I Really Like You, a hit single from the album, featured a video starring Tom Hanks that has been viewed 242 million times on YouTube — a far cry from the 1.2 billion views for Call Me Maybe, but a sizable total nonetheless. Her fans have stood by Jepsen in the years following her breakout, which has given her the push to move forward in direction that she feels comfortable with. The result is a quiet confidence, Jepsen said.

“I feel like that is maybe how I got over my nerves on stage. I remember the first time I opened for Justin [Bieber, in 2012], I was still thinking, ‘Where do I put my hands when I sing? What do I do?’ I’m happy to say that went away. I’ve learned to embrace a bit of spontaneity on stage, which always excites me. I like not knowing what I’m going to do next. It’s my greatest joy.”

Jepsen said she has always been an “over-writer” who brings more songs than necessary to the table during recording sessions for a new album. She wrote about 200 songs for E•MO•TION, and nearly the same amount for Dedicated. For both albums, she had advance listening parties for her friends and family, who were asked to vote on which songs they liked and which ones they didn’t. During those experiments, the six or eight songs that had a unanimous appeal would make the final cut.

That doesn’t mean Jepsen gave up on the others, however. She likened her song-selection process that of a squirrel “storing my food for the next little while,” and said she has a vault of songs that will be released at some point in the future.

“What I love about the therapy of songwriting is that you get to try on the same situation from a different angle. It’s almost like journal writing. I use music to connect to myself. It’s how I deal with the actual realities of my life.”