Every day we share a single photo from our Flickr Pool shot by one of our faithful and talented readers (that’s you!) I always like a story where people get rewarded for their efforts.
0
Sep 6, 2011 7:10 PM By: Gary Hubbs

Every day we share a single photo from our Flickr Pool shot by one of our faithful and talented readers (that’s you!)

I always like a story where people get rewarded for their efforts. Or was that a story about people getting rewarded for recognizing and subsequently seizing upon an opportunity? I'm not really too sure - but whatever the case may be, I found the below photograph by Michael Adendorff quite appealing today.

Not only does the fog in the morning light create a landscape that looks a lot more dramatic and beautiful than it might in the stark and unapologetic clarity of the mid-afternoon, but the result is both an interesting photograph and a subtle (but hopefully still apt) example of atmospheric perspective - as that old Leonardo guy was known to have gone on and on about way back when.

So without further ado, here is a photo that was taken in South Surrey, Not in Kansas. 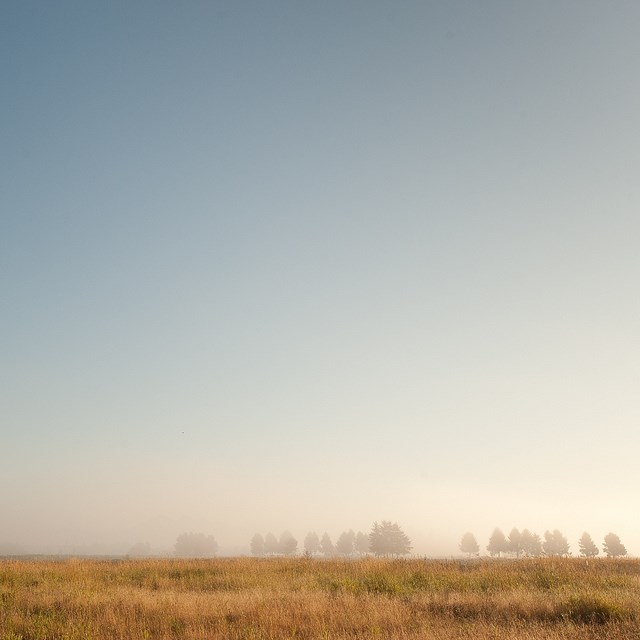 Vancouver’s DOXA Documentary Film Festival just dropped its 2020 line-up
Jun 4, 2020 8:18 PM
Comments
We welcome your feedback and encourage you to share your thoughts. We ask that you be respectful of others and their points of view, refrain from personal attacks and stay on topic. To learn about our commenting policies and how we moderate, please read our Community Guidelines.