Born with Fetal Alcohol Syndrome on a B.C. reserve, this homeless Vancouver man's strength can inspire

The Vancouver Care Project is the work of 17-year-old Rachel Way, who engages with some of Vancouver’s most vulnerable residents facing poverty and homelessness. Each week she shares the story of one person she has met.
0
Oct 17, 2018 10:57 AM By: Rachel Way

John: A heavy and raw story of strength and survival 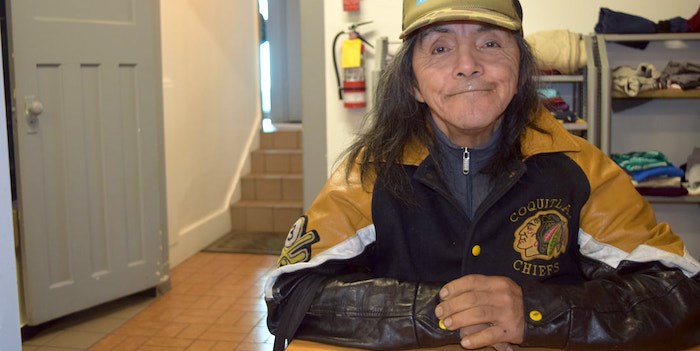 I have learned so many valuable lessons throughout my experiences with this project. But one that continually reoccurs is that every person you meet has a story, a battle they are fighting or have fought that is worth knowing.

At first glance, people's looks frequently are deceiving. I feel as if when someone first looks at a person who is homeless they often jump to conclusions, like they got themselves there or they could easily get themselves out.

But, as I speak with people living on the streets or resorting to soup kitchens for a warm meal, I have come to realize that just like you and I, they are all so unique, each story so immensely different from the next, and putting them under the same umbrella, grouping them together, is like saying an apple is exactly the same as an orange. Sure, they both are fruit but they taste and look so incredibly different.

Every person I have met has a unique story, a unique reasoning for living the life they do. Whether it be alcohol or drug addiction, one bad decision or experience, a life changing accident, or situations that were completely out of their control, or situations like John's--something he was born into.

For John life began with more struggle, with a greater setback, than most of us Canadians could even begin to imagine. John grew up on a First Nations reserve up by Smithers. Life on the reserve was very isolated from the rest of society. This reserve was 32 miles from Smithers, which was the nearest town, and as you can imagine left them very isolated from basic resources and healthcare that we so often take for granted.

But John's struggles were much greater than the isolation in which he grew up. John was born to parents who were alcoholics; his mother drank throughout her pregnancy causing him to be born with Fetal Alcohol Syndrome. That had a significant impact on his development, setting him back for the rest of his life.

As if Fetal Alcohol Syndrome wasn't enough for an innocent child to be born with, one day, while his parents were heavily intoxicated driving in their car, they decided that John was not their child and threw him out of a moving vehicle, leaving him all alone and with permanent brain damage.

Fortunately for John a family on the reserve took him in and raised him as their own. His story, however, was carried with him for the rest of his life.

Due to his brain damage and lack of an education John never learned how to read or write. He explained to me that the most he can do is write his name, seeming as if his life was a never ending cycle of setbacks.

When John grew older he got in some trouble with the law and came down here to Vancouver, appreciating the resources and opportunities that were available to him here; he never went back. John has been living on the streets, sleeping in the cold every night. He has recently come across housing in a hotel after living on the streets for nearly five years, making his life just a little bit easier.

Every time I write a story I do my best to see the good, to bring the positive side to wrap up the story, but if I'm being completely honest with you I am having a hard time to find the feel good, warm fuzzy side to this story.

John's story was powerful, it was heavy and raw and so real that I honestly found myself holding back tears listening to him. But as I reflect back on my conversation with him, I remember his courage, his remarkable, beautiful strength to soldier on when everything seems to be holding him back, and his strength to be so open and vulnerable about the toughest times in his life.

Having the courage to be so open with anyone, let alone to a stranger, is scary and having the strength to be able to do that is what I really admire. If there was one thing that I have learned from John is that, as corny as it sounds, never, ever judge a book by its cover. Never assume you know everything there is to know about a person or everything that is worth knowing just at first glance because you never know someone's story until you ask, and you never know what they have been through and seen that has gotten them to where they are now.