Flavours of Hope uses food, storytelling, and music to bridge the gap between refugee women and their new communities in Vancouver.
Mar 26, 2018 11:58 AM By: Lindsay William-Ross

When Trixie Ling came to Vancouver as a young girl, she saw her mother struggle to integrate into their family's new community. Isolated because of the unfamiliar language and culture, Ling's mother kept to herself, while Ling says she was profoundly curious about their new surroundings, and food was one of the most powerful tools for forging new connections.

Now Ling has turned this key childhood experience into a life of social enterprise through an organization and series of pop-up events she's founded called Flavours of Hope. 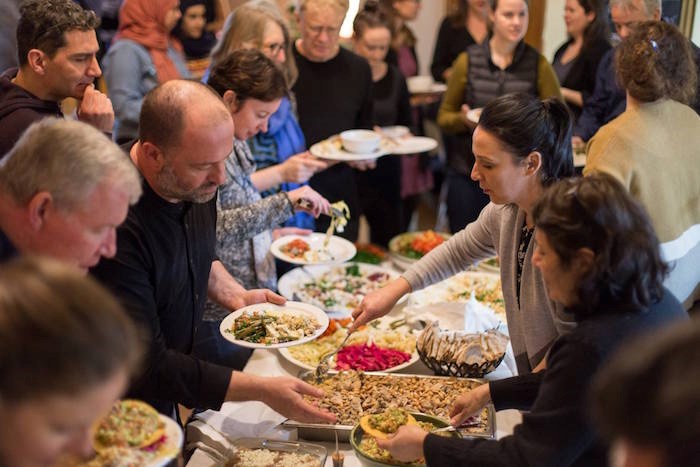 Food is the catalyst

The premise of Flavours of Hope is to offer refugee women who are passionate about food an opportunity to cook for members of their new community. At the dinners, guests sit down and experience not only a taste of food prepared by the skilled hands of the refugee women in the kitchen, but also a taste of tremendous hospitality. The dinners are about dialogue--not just in the sharing of stories by the resilient women doing the cooking, but also as the evening opens up the opportunity for guests to articulate their own stories.

"Food is the catalyst," explains Ling. "It's the opening up of the table for people to come together. We use food and stories to break down social and economic barriers."

While Vancouverites may be accustomed to hearing stories of hardship and war from refugees, Ling says Flavours of Hope is about just that: Hope. So the stories shared at the table are those of "resilience and strength," and the hopes and dreams these women have for themselves, their talents, and their families, in their new home of Canada.

Ling has been building community for new arrivals to Vancouver in a variety of ways for the past few years. As a former employee at the Immigrant Services Society of BC's Welcome Centre, Ling is familiar with the process of a refugee being connected to their new community, filing out piles of forms, and then entering a lengthy limbo of waiting while the paperwork is process. 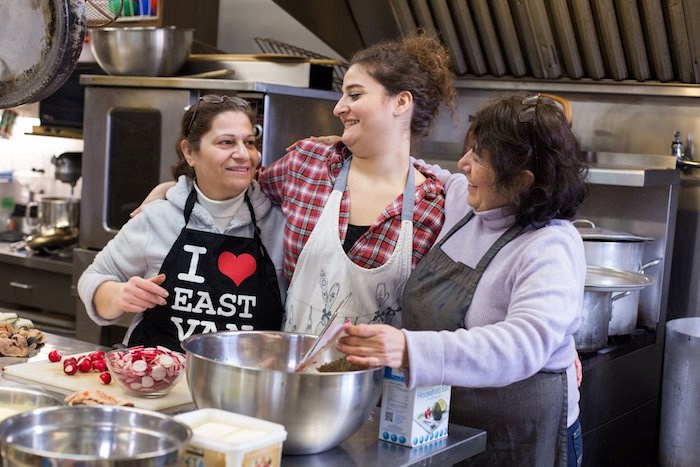 In the kitchen at a past event (Flavours of Hope/Facebook)

It's in that "hanging out" in-between time that Ling says is where so much entrepreneurship is cultivated, if the new arrivals are given an opportunity to make connections, hone their skills, practice their English, and learn about Canadian culture. The hospitality and sharing nature of a meal is the perfect platform, then, for those who have come to Vancouver with dreams of pursuing some kind of career in the culinary field, whether it's catering, baking, or restaurant ownership.

Dinner is the draw

Ling also has been organizing monthly dinners for her church community, and due to its proximity to the ISSofBC Welcome Centre, those new arrivals to Vancouver are often drawn to the events.

A recent dinner Ling organized featured the culinary talents of some recently-arrived Kurdish women. 90 people showed up to try Kurdish food--for many it was for the first time--and the event was a rousing success. Ling and the Kurdish cooks had no language in common, but they managed to turn out an impressive feast, and its success was evident on the women's faces, she says.

"They were so happy," Ling says of the Kurdish women. "I saw them smiling, sharing something of themselves, their culture, their community." And the event generated not just happy bellies, but a fresh dialogue among community members.

Dinners like those Ling has put together for Flavours of Hope, and her church, have also become great networking opportunities for the aspiring businesswomen. Often the women are approached by attendees who can help get them moving on their next step on their business and career path in Vancouver. Rather than the goal be for Ling to open her own restaurant, she wants to be a conduit to give refugee women a better shot at meeting their own food industry goals. 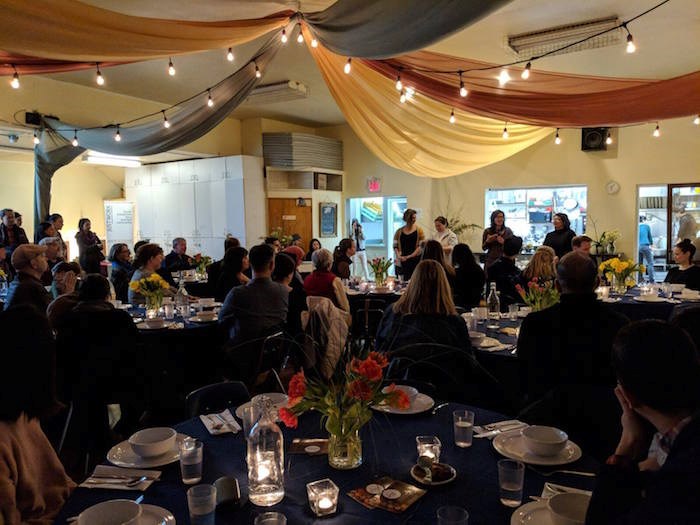 "I want to support women by helping them earn a living wage," says Ling, adding: "I want to elevate them to actually be able to start their own business."

That's not to say Ling dreams small--oh, no. "My bigger vision here is to create a food business incubator. I want to help immigrant women receive support, training, and mentorship."

While, February's Flavours of Hope was a combo Mexican and Syrian feast, the next dinner on April 7 is about the food of Damascus. The cooking will be done by a mother and daughter from Damascus, who have been in Vancouver about a year, cooking at various events, and the hope of opening their own catering business.

Taking place at Kitsilano House, where the space has been generously donated and the community centre has volunteers in place for the meal, this next Flavours of Hope meal once again opens up the chance to bring locals together to learn about the traditional fare of Damascus, the lives of the mother and daughter in the kitchen, and the work being done in the Kitsilano community to help refugees. And of course, eat, listen to music, and engage with all the other diners.

Ling sees Flavours of Hope as a "roaming cultural pop up dinner," with each one tailored the specific talents of the refugee women in the kitchen, and each one a fresh opportunity to highlight the host community and sponsoring local businesses. 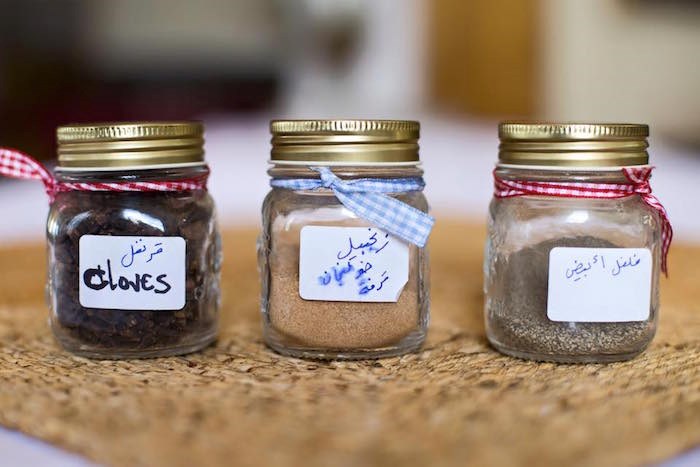 “The most important common denominator about Middle Eastern food in general – not just Syrian or Lebanese – is spices.” – Marisol Mafoud, a Syrian baker from Damascus. (Flavours of Hope/Facebook)

Already at work planning future dinners (like a Mexican feast to be held in May at Burnaby's exciting new YVR Prep commissary and event space), Ling jokes that her "word of the year is 'hustling.'" Still, it's hard to imagine a hustler with a bigger heart than Ling, who herself is so extraordinarily passionate about building more welcoming and diverse communities, and seeing women newly-arrived to Vancouver find a way to make their professional dreams come true.

And of course, there's the food. That delicious unifier in which Ling finds so much power, connectivity, and inspiration to do what she does: "Food is the universal language that crosses all barriers."

Flavours of Hope's Syrian Feast takes place Saturday, April 7, 2018 from 5:30 to 8 pm at Kitsilano Neighbourhood House (2305 West 7th Avenue). Tickets are $40 and are available via Eventbrite.