Get into the Christmas spirit with a line-up of holiday favourite movies you can see for absolutely free during Cineplex's annual Community Day.
0
Dec 5, 2019 7:02 AM By: Lindsay William-Ross 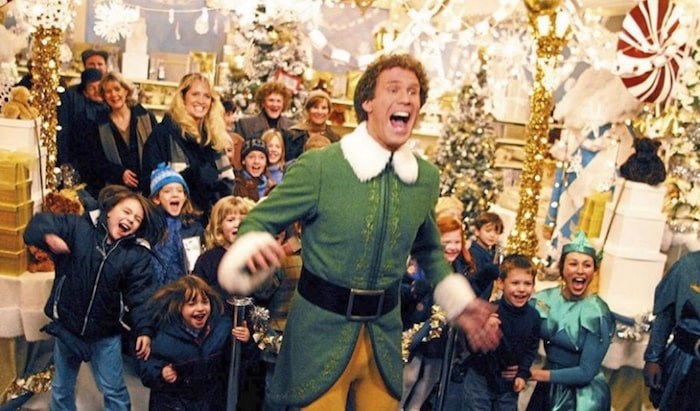 Will Ferrell stars in the 2003 holiday favourite, Elf, and some of the scenes were shot in Coquitlam. Photograph by Warner Bros.

Christmas movies are a guaranteed way to get into the holiday spirit, and there's one day you can head out to see some big time favourites on the big screen for absolutely free. It's all part of the Cineplex cinema chain's annual Community Day, and it's coming soon to a theatre near you.

For this year’s Community Day, Cineplex has partnered with Warner Bros. Pictures Canada to offer a line-up of favourite holiday flicks on Dec. 7 for movie-lovers of all ages, includingA Christmas Story, Elf, Gremlins, The Polar Express and National Lampoon’s Christmas Vacation.

No tickets are required for this annual fundraiser - doors open at 9:00 a.m. at all participating Cineplex theatres and seats are available on a first come, first serve basis. All screenings begin at 9:30 a.m.

Popcorn, soft drinks and select candy will be available to purchase for just $2.50.

All proceeds from donations and select concession sales supporting Boys and Girls Clubs of Canada.

"We have a long history at Cineplex of giving back to our local communities and have proudly contributed millions of dollars to non-profit organizations across the country,” said Ellis Jacob, president and CEO, Cineplex. “This year, we are excited to host our ninth annual Community Day fundraiser in support of Boys and Girls Clubs of Canada and their work in creating opportunities for children and youth across the country to connect, learn, play and have fun.”

Here are all the participating B.C. Cineplex locations for Community Day. Metro Vancouver locations are in bold:

With files from Chris Campbell/Burnaby NOW