A West Coast legend is gone. Russell Letawsky, otherwise known as “the Hermit of Desolation Sound,” was found dead by the RCMP on Sunday, July 7.
Jul 17, 2019 4:33 PM By: Grant Lawrence

A West Coast legend is gone. Russell Letawsky, otherwise known as “the Hermit of Desolation Sound,” was found dead by the RCMP on Sunday, July 7. He was 76 years old.

When I first met Letawsky, I was a bespectacled and extremely anxious 11-year-old nerd. My dad had purchased land in Desolation Sound for our family cabin in the mid-1970s.

On one fateful, bright summer day in the early 1980s, our little aluminum skiff bumped up against the rocky outcrop in front of a newly constructed cabin.

While we unloaded our boat, Dad noticed him first.

Blending in perfectly with the foliage at the edge of the forest a few hundred feet away was a bearded man with a long, thin face. He was casually sitting cross-legged on a fallen log, down in the cove adjacent to our property. His clothes were the same colour as the earth, woods and rocks. The only reason Dad spotted him was because the man’s Zippo lighter winked at us in the sun when he lit his pipe. 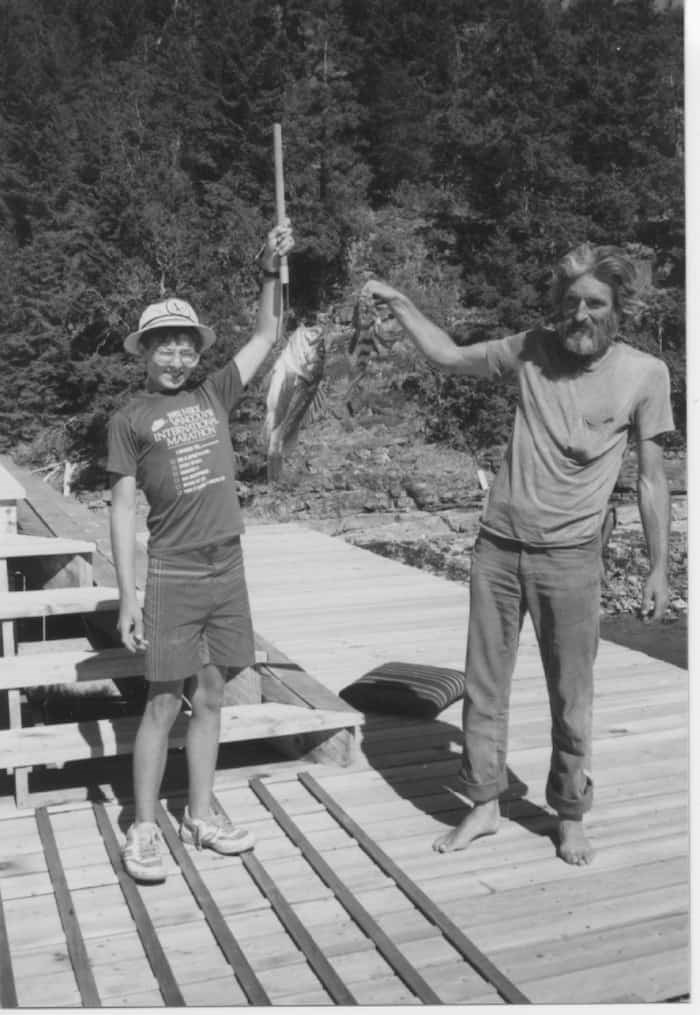 Russell Letawsky, a.k.a. the Hermit of Desolation of Sound, made an immediate impression on an 11-year-old Grant Lawrence. Photo: Grant Lawrence

Slowly, the tall, lanky figure rose to his feet, and in a loping, easy going gait, he crossed the stretch of pebble beach in the cove that would eventually bear his name, and began to climb up the rocky ledge to where we stood. He looked like a cross between Willie Nelson and Charles Manson.

This was the first time our West Vancouver conservative family of four came face to face with Russell Letawsky. He was living full-time in a canvas tent down in the cove, which he would soon upgrade to a hand-built, tiny one-room cabin. Letawsky would call the cove home for a decade, living alone and totally off the grid without running water, electricity, a toilet or any means of communication.

At the time, neither Russell nor myself had any inkling of the impact our meeting in the wilderness would have on our lives.

In contrast to the true definition of the word “hermit,” Russell was a kind, curious, engaged and gregarious soul who loved philosophical discussion, political debate and conversation. Despite our cultural differences (and his staunchly different political beliefs from those of my father), Russell became a true friend of our family.

The Hermit of Desolation Sound slowly drew me out of my insecure shell, convincing me that the world around me wasn’t going to bite. Russell taught me practicality in knots, knives and fishing, as well as ambition and idealism, intellectualism and philosophical thought, including his favourite saying: amor fati… love your fate. 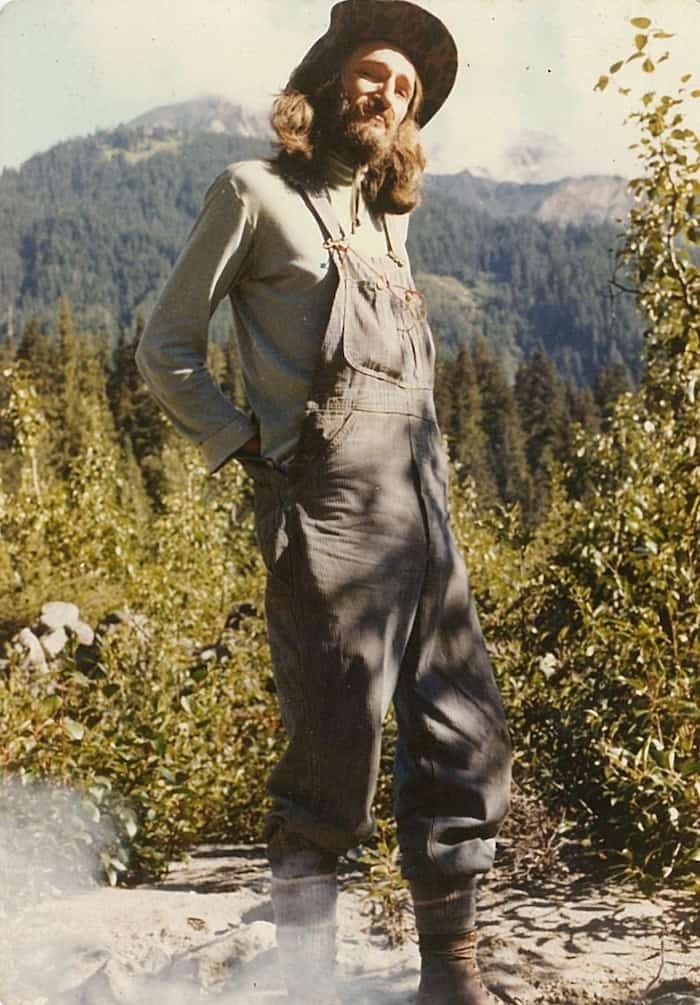 Grant Lawrence chronicled Letawsky’s life story, including his epic crossing of the Coast Mountains on foot, following only a compass, in the CBC Radio series and podcast “Hermit of Desolation Sound.”

Russell challenged the way I perceived the world as a kid from West Vancouver: the books I read and the music I listened to. He introduced me to all sorts of counterculture that would have an indelible imprint on the rest of my life.

Once, when Russell and I were walking down the boardwalk in the nearby village of Lund, we came face to face with Nick Thomas, a friend of mine from Hillside secondary school in West Van. He was on summer vacation with his family. Nick was shocked to see a nerd like me wandering around a coastal backwater with a bearded, dirt-encrusted hippie with a knife in his belt and an eagle feather in his headband. Nick’s first question when I saw him at school back in September to start Grade 8 was: “Who was that guy!?”

I proudly grinned from ear to ear, push my glasses up my nose and launched into the story of the Hermit of Desolation Sound.

Over the years, I have told Russell’s intriguing tale many times of how he went from a self-described “Alberta hayseed” to downtown Toronto businessman to Desolation Sound hermit, and he became a large part of my first book, Adventures In Solitude.

Most recently, I told Russell’s life story, including his epic crossing of the Coast Mountains on foot, following only a compass, in a CBC Radio series and podcast called, naturally, “Hermit of Desolation Sound.” 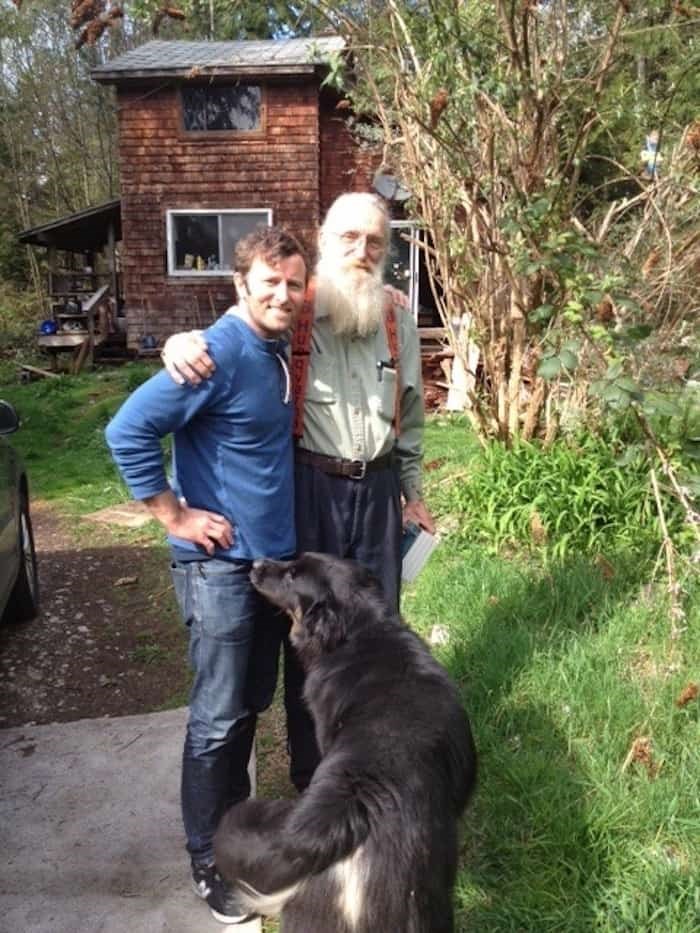 At Russell’s request, there will be no funeral service. There will be an informal gathering at the Lund Pub this Friday, July 19 at 4 p.m. for family and friends. On Saturday Sept. 7 at 2 p.m. there will be a celebration of life for Russell Letawsky, also at the Lund Pub, hosted by yours truly. If you’re at the end of the road, hope to see you there.

Festival du Bois' musicians grateful 'for the opportunity to perform' during pandemic
Apr 20, 2021 11:00 AM