Over the years we've brought you more than 60 virtual high fives from celebrities we've ran into around town in our HIGH FIVING CELEBRITIES series.
0
Nov 6, 2012 10:56 AM By: Bob Kronbauer 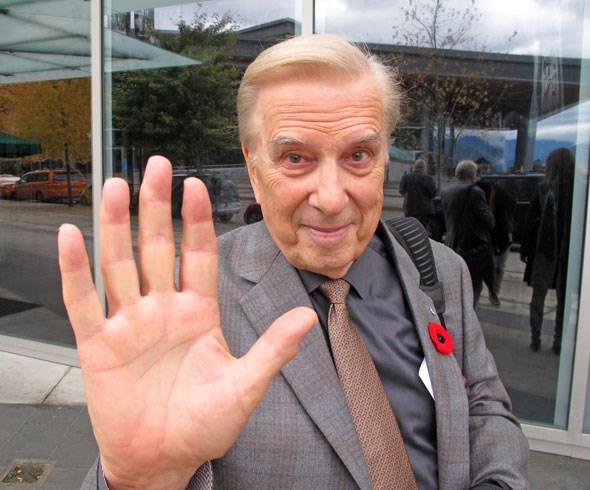 I ran into Lloyd just as he was leaving his THE RUSH interview with our friends Michael Eckford and Fiona Forbes. An Officer of the Order of Canada, he was 77 years old when he retired from the CTV News team and he holds the record of being the oldest TV news anchor in network television and the oldest, longest-running news anchor in Canada. He talked to Michael and Fiona about his recently released memoir, The Kid of Life It's Been, which I'll be picking up shortly.

Stay tuned in the next few days as I properly introduce you to Michael and Fiona's show THE RUSH which is the latest, national incarnation of what used to be Urban Rush!