'How Deep is the Lake' by Shelley O'Callaghan

' How Deep is the Lake: A Century at Chilliwack Lake ' by Shelley O'Callaghan is one of the most charming titles I've picked up since starting this weekly review column at the beginning of the year.
0
Jun 19, 2017 10:40 AM By: Bob Kronbauer

'How Deep is the Lake: A Century at Chilliwack Lake' by Shelley O'Callaghan is one of the most charming titles I've picked up since starting this weekly review column at the beginning of the year. I decided to read and review 52 books in 2017 and while I'm currently also researching for my own history book that I'm writing - BC Was Awesome, a followup to our BC Bestseller, Vancouver Was Awesome - I knew that a lot of these would be local history. 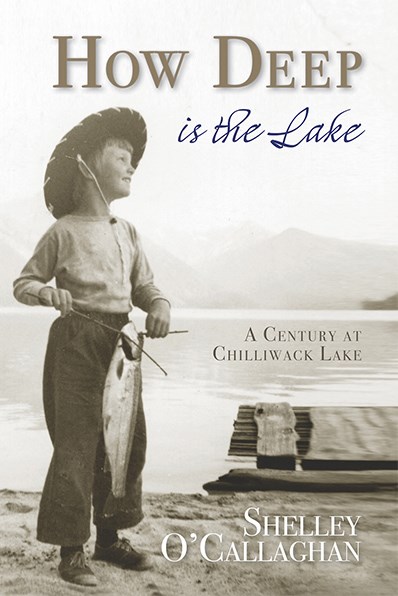 How Deep is the Lake by Shelley O’Callaghan

This title reminded me in spirit of Grant Lawrence's first book, Adventures in Solitude, in which he mixed a personal memoir mostly about his family cabin up in Desolation Sound with a fairly deep dive into the history of the area. In the case of How Deep is the Lake we're about an hour outside of Chilliwack and while O'Callaghan doesn't deliver hijinks and laughs like Lawrence does she's really done her homework and offers an insightful look at the area where her family has had cabins since the 1920's. A large part of her narrative involves trips to the local archives as she lets us in on the act of digging and the inspiration behind why she decided to spend a year researching. Inspired in part by the Truth and Reconciliation Committee's final report, she weaves in the personal history of her family as well as some of the first nation's in the area.

In the book we're metaphorically looking over the fence into a sweet property which is now completely surrounded by a provincial park. It's a park I've visited a few times and after I closed the book I decided to drive out and literally look over the fence and check it out. The parcel of land is right next door to the public boat launch and campsite; on the sign there (below) the white part that's circled is O'Callaghan's land, the light blue part that surrounds it is all protected and you're free to explore. I was a bit disappointed that the family has put up large log piles to discourage people from walking along the public beach in front of their cabin, as well as a few NO TRESPASSING signs to further discourage lookyloos. I wonder if by writing about their family cabin and framing it as a wonderful place - she really worked some magic here - the author considered that she might be making it a place of interest. Read the book, become intrigued, then spend some time exploring Chilliwack Lake Provincial Park which surrounds it. 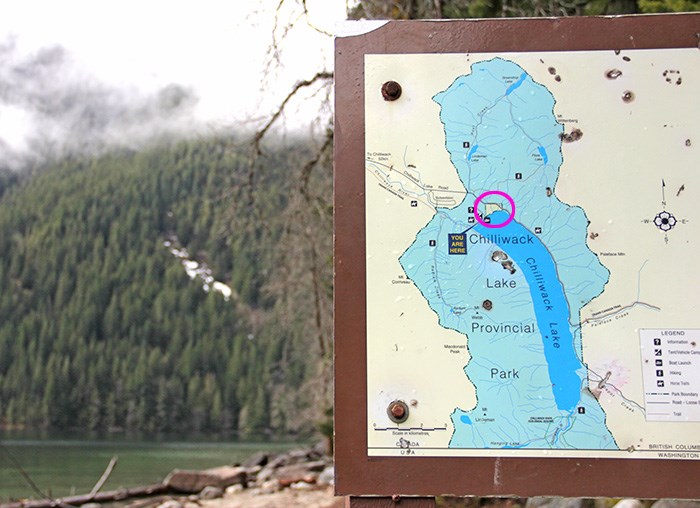 Order a copy directly from the publisher Caitlin Press HERE or look for it wherever you buy your books.

- 'Bones of the Coast' from Cloudscape Comics