Indigenous populations climb in B.C. and across Canada 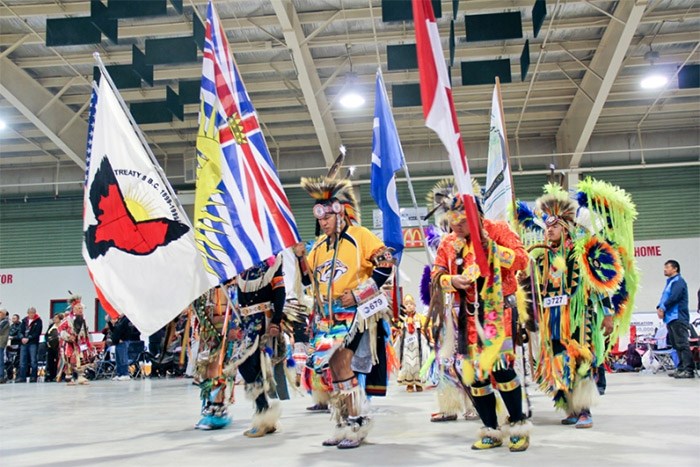 There were 270,585 Indigenous people recorded in B.C. in 2016, according to census data released Wednesday—up from 232,290 in 2011's national household survey. Indigenous peoples represented 5.9 per cent of the province's population last year.

First Nations account for roughly five per cent of Canada's population—up from 3.8 per cent in 2006, and just 2.8 per cent in 1996. Statistics Canada predicts the Indigenous population will surpass 2.5 million in the next 20 years.

The growing population is reflective of higher life expectancy and high fertility rates, along with more people self-identifying themselves as Indigenous, it says.

"Put simply, more people are newly identifying as Indigenous on the census—a continuation of a trend over time," the agency says.

In the Northeast, there were 9,425 Indigenous people in the Peace River Regional District, making up 15.3 per cent of the population.

The majority were single identity First Nations people, while another 3,900 identified as Metis, and another 35 identified as Inuit. Another 45 said they had an Indigenous identity that was not included on the survey. Nearly three-quarters of the population have registered or Treaty Indian status.

Children 14 and under represented 28.9 per cent of the population, compared to just 20 per cent for the non-Indigenous population in the same age category.

The average age of an Indigenous person in the district was 30.2 years comported to 36.5 years for the non-Indigenous population.

The most common languages spoken in the district are Cree, Beaver, Sekani, and Plains Cree.