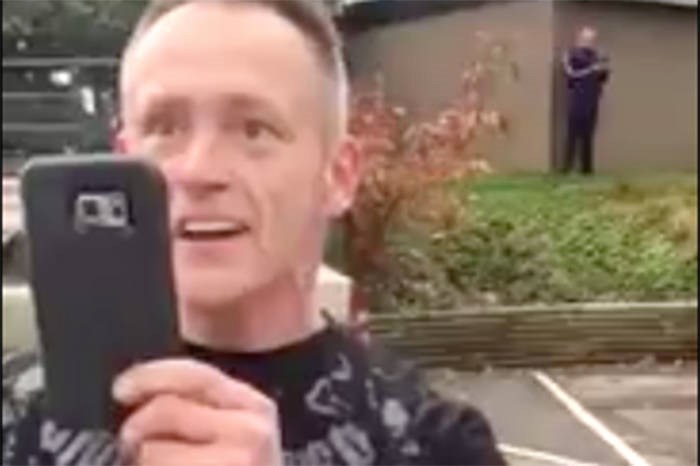 While he is all of those things, Karry Corbett is a racist from Hope who was sentenced in court today after pleading guilty to assault after a racist tirade which went viral and placed him front and centre in the media locally and internationally.

Last October he "lost his temper" at a parking attendant in Abbotsford and proceeded to launch into an unhinged rant at a Southeast Asian lawyer who was filming the interaction in the parking lot.

Amongst the idiotic and racist comments he hurled at Ravi Duhra were "Are you a hindu? When did you come to Canada?" and "White power, motherf**cker!".

He got a 2 month conditional sentence along with a year of probation. Outside of court he said of the charge that "I agree with it. I apologize for what I said", and that it was "A bad day".

Let's hope we don't see anything like this happen again in the Lower Mainland - captured on video or not.