Vancouver punk drummer Kelly Watson-Schutz is paralyzed from the neck down and requires assistance with breathing. A fundraising show is scheduled for June 15 at Pat’s Pub to help offset costs Watson-Schutz’s family has incurred.
0
Jun 12, 2019 7:49 AM By: John Kurucz

Kelly Watson-Schutz’s young life is at a critical turning point.

The Vancouver musician suffered a stroke May 21, and the long-term prognosis is unclear at this point. 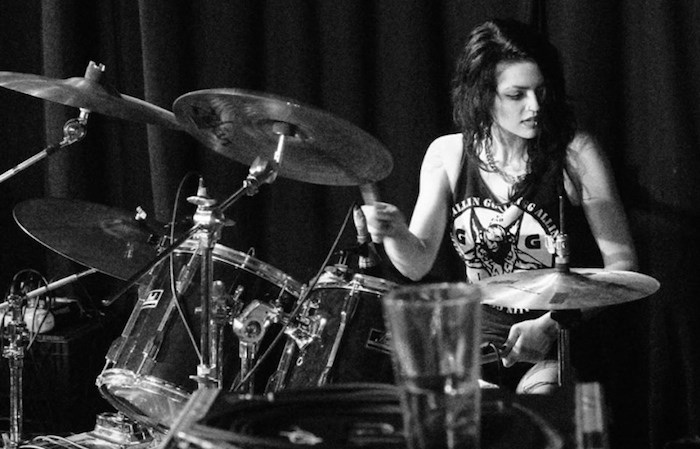 A fundraising gig that will support Kelly Watson-Schutz’s ongoing recovery is slated for Saturday, June 15 at Pat’s Pub. Photo supplied.

According to a GoFundMe page set up by her family, Watson-Schutz is paralyzed from the neck down and requires assistance with breathing. The 25-year-old remains in the spinal unit at Vancouver General Hospital (VGH), where her friend Bobby Mullen has visited her twice since the initial health scare.

“It’s not great right now,” Mullen said. “She’s not in good shape. I think she’s going to survive, but she’s got a really hard road ahead of her.”

A fundraising show is scheduled for June 15 at Pat’s Pub to help offset costs Watson-Schutz’s family has incurred — they’ve travelled from Nova Scotia to be at her side and are in the process of moving across the country. The GoFundMe page had raised just shy of $20,000 as of June 11, and the end goal is $25,000.

All five bands performing at Saturday’s gig are made up of Watson-Schutz’s former or current bandmates, and larger circle of friends from the Vancouver music scene. Outside of drumming in local punk rock bands, Watson-Schutz worked in makeup and prosthetics in the film industry and as a server.

Andrew Thomas plays in a band with Watson-Schutz called the Sex Walkers. The two were roommates, and Thomas was home when the stroke happened.

The incident was initially believed to be a panic attack, and paramedics were on scene almost immediately.

“None of us knew what was going on, it was so out of the blue,” Thomas said. “Once they carried her out, it was a total shock.”

Shortly after leaving her South Vancouver home, the ambulance Watson-Schutz was being transported in was involved in a collision just outside of VGH.

“The collision pushed the ambulance into a third vehicle,” said Vancouver Police Department Const. Steve Addison. “Five people were taken to hospital for precautionary measures, including three paramedics, the patient they were transporting, and the driver of the grey Honda Civic.”

According to Mullen, the stroke has since been attributed to an unusual cluster of nerves at the base of Watson-Schutz’s neck.

“It was essentially a ticking time bomb,” Mullen said.

Admission to Saturday’s gig is a suggested $10 donation. Raffles and donated artwork will also be on offer. The Facebook event page is HERE  and the GoFundMe page is located HERE.