'This community space is all decked out with festive lanterns to celebrate the Lunar New Year.' 🏮
Feb 2, 2021 1:34 PM By: Elisia Seeber 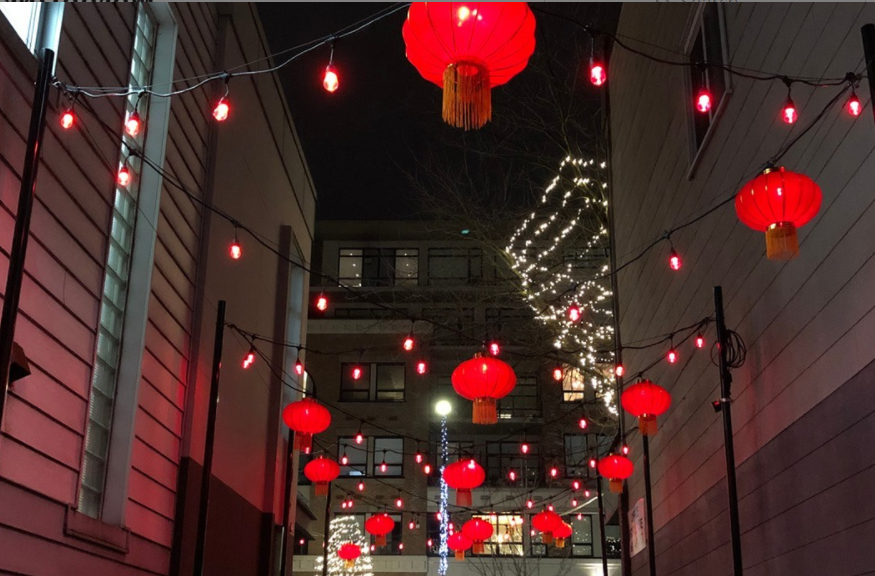 While there won’t be the usual Lunar New Year celebrations in North Vancouver, the city has added some festive lanterns to a community space to mark the cultural event.

The community can admire and enjoy the display of red glowing lanterns at Living Lane, a pocket plaza in Lower Lonsdale between 100 and 130 Lonsdale Avenue.

“Living Lane is lit! This cool community space is all decked out with festive lanterns to celebrate the Lunar New Year,” the city posted on Instagram.

Lunar New Year, a traditional east Asian celebration – also known as Spring Festival – begins with the first new moon on the lunar calendar. This year, Feb. 12 marks the beginning of the Year of the Ox, the second animal of the Chinese zodiac.

In Chinese culture, the Ox is a valued animal because of its agricultural role. Oxen are described as having positive characteristics, such as being hardworking, honest, intelligent, and reliable – but never demanding of praise.

The decorated pocket plaza is part of the city's PLAY initiative that turns public spaces into people places.

The aim of the initiative is to animate the city’s public spaces through place-making, including interactive installations, programmed activities, pop-up markets and plaza and alley beautification.

“Place-making enables community collaboration to transform public spaces into people places. With this program we hope to connect residents through positive and fun experiences, increase the visibility of neighbourhoods, and to celebrate all that our city has to offer,” the city’s website states.

A post shared by City of North Vancouver (@cityofnorthvancouver)