When Richmond resident Kyle Shury found a gold package on his way to a birthday lunch last week, near Marine Drive station in Vancouver, he never expected it to be full of $100 bills.
0
Mar 1, 2019 7:22 AM By: Daisy Xiong

When Richmond resident Kyle Shury found a gold package on his way to a birthday lunch last week, near Marine Drive station in Vancouver, he never expected it to be full of $100 bills.

“I reached down, picked it up, and noticed that it was quite heavy. But the last thing I assumed is that it’s actually money,” recalled Shury. 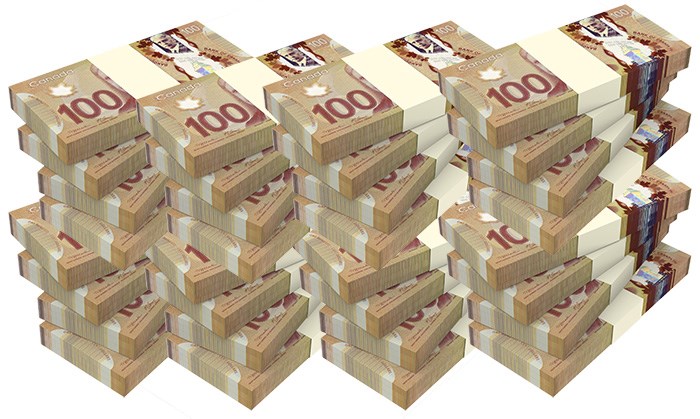 When he had a peek inside the package in the restaurant, and he realized it was $8,000 in cash, he went straight back to where he found the money and observed passersby.

About five minutes later, he saw an elderly woman walking around and looking “visibly upset.”

“It was almost surreal, because she looked at me and our eyes met and she walked towards me while I approached her,” said Shury.

“I asked her, 'did you lose something?' She shook her head up and down. I said, 'what did you lose?' She said, 'a lot of money'...I believe she was struggling for the word envelope or red package.”

The old lady’s daughter who works in a bank in the area helped the two communicate before Shury handed the money back to the lady, who is also a Richmond resident.

“When I returned, her emotional state went from very sad and distracted to extremely happy and thankful,” recalled Shury.

“They asked me what I wanted. I said I wanted nothing, I joked and said, ‘it’s the year of the pig, I’m the pig and today is your lucky day.’”

Angela Chu, the daughter, told the Richmond News that her mom lost the money on her way to deposit it for her other daughter who lives overseas.

“When she realized that she had lost the money, she was freaking out. We were really desperate then,” she said.

“Of course money was an issue, but I was also worried about her mood, for an elder lady – she is in her 70s – who loses someone else’s money and such a big amount.”

Chu said both her and her mom were very grateful, and even a bit shocked, to get the money back.

“To be honest, with that much money, I don’t know how many people would give it back,” said Chu.

“My mother said it’s really positive that she still sees the good side of the world; we still feel the warmth of the world. That’s good.

“We discussed it – would we have done the same thing as what Kyle did? I think we would have.”

Chu had her friend made a pair of stone pigs doused in essential oils for Shury – who founds the pigs very cute – along with a thank you card, a gift card and a big bottle of wine. 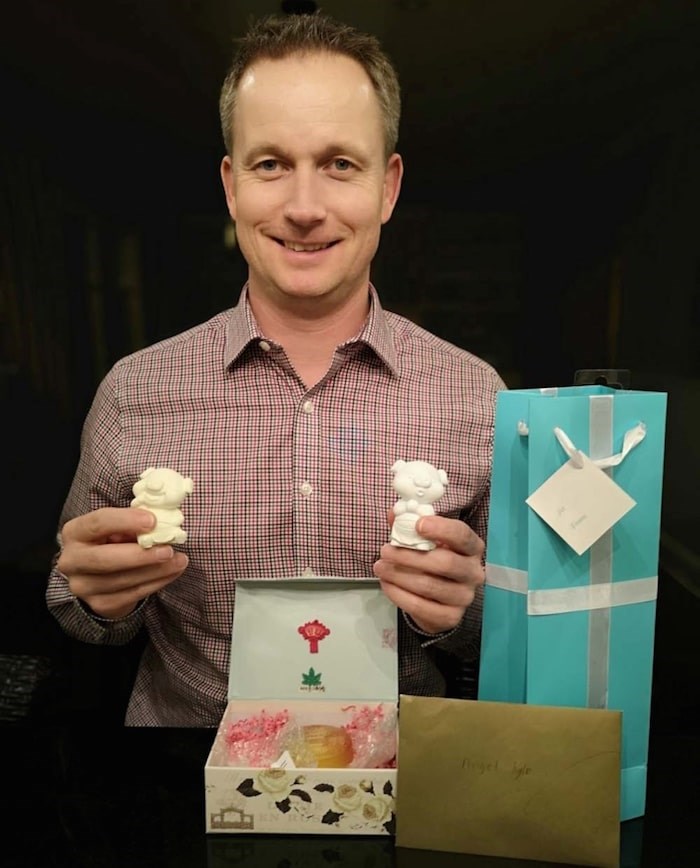 Richmond resident Kyle Shury, who was born in the year of pig, received a pair of pigs for his kindness. Photo courtesy Kyle Shury.

“We are not rich, but we wanted to give him something special, a personalized gift to show our appreciation, to thank him for what he has done,” said Chu.

Both Chu and Shury have shared the story with their children, and they'd like to share it with more people in the community.

“There is so much bad news out there, it’s good to share these good news stories,” said Shury.

“I’ve lived in Richmond for 40 plus years. Richmond is my home. I care about it very much. As a parent, I just think it’s a good opportunity to share those positive life lessons with the kids.

“And I think the community as a whole can read about it as a good example and benefit.”