Canopy Growth Corp. announced it has signed a deal that will have Martha Stewart join the company in an advisory role, helping develop a new line of pot-related products.
0
Mar 1, 2019 7:13 AM By: Sandor Gyarmati

A Delta marijuana greenhouse operation now has a connection with celebrity Martha Stewart, who joins her friend and co-host, rapper Snoop Dogg.

Canopy Growth Corp. announced it has signed a deal that will have Stewart join the company in an advisory role, helping develop a new line of pot-related products.

With several clinical trials underway, Canopy Growth will be leaning on Martha’s vast knowledge of consumer products while exploring the effectiveness of CBD and other cannabinoids as they relate to improving the lives of both humans and animals, the company said in a news release.

“I am delighted to establish this partnership with Canopy Growth and share with them the knowledge I have gained after years of experience in the subject of living,” said Stewart. “I’m especially looking forward to our first collaboration together, which will offer sensible products for people’s beloved pets.”

“As soon as you hear the name Martha, you know exactly who we’re talking about,” said Canopy Growth chairman and co-CEO, Bruce Linton in a statement. “Martha is one of a kind and I am so excited to be able to work alongside this icon to sharpen our CBD product offerings across categories from human to animal.”

Well known for his love of herb, Snoop Dogg, who does a TV show with Stewart, through his co-founded venture capital firm Casa Verde Capital invests in the cannabis industry, having signed a partnership deal a couple of years ago with Tweed Inc. and parent company Canopy Growth. 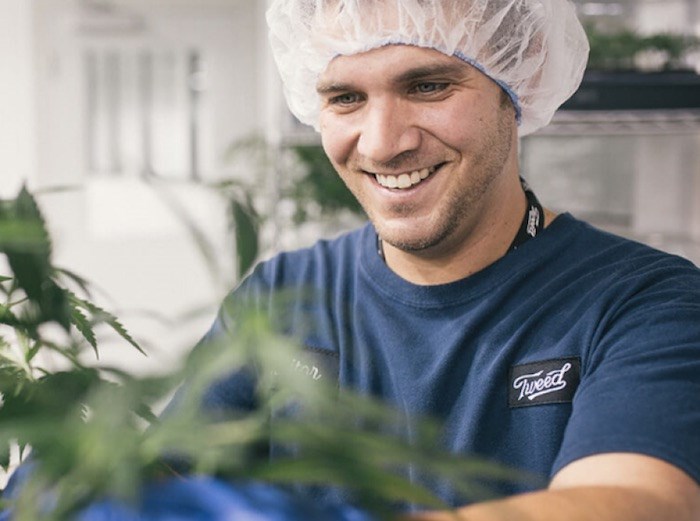 The deal gives the Ontario-based marijuana producer, already the largest supplier of legal medical marijuana in Canada, exclusive rights to use certain content and brands owned by the rapper’s company LBC Holdings, including the Leafs By Snoop cannabis brand which has several strains.

In advance of the legalization of recreational pot in this country, Canopy Growth partnered with SunSelect Produce, which has a 1.7-million-square-foot greenhouse on Hornby Drive East Ladner, to create a new venture called B.C. Tweed. The facility will be the world's largest legal marijuana growhouse. The partnership also has 1.3 million square feet of SunSelect greenhouse space in Langley.

Canopy Growth previously reported that it will invest between $100 and $150 million in a hemp industrial park in New York state, becoming the company’s first hemp facility in the United States.

Canopy also has a connection with rocker Gene Simmons. Last year, the company announced a partnership deal with Invictus MD Strategies Corp. that sees an Invictus subsidiary supplying product for a Canopy online store. The Vancouver-based Invictus last year hired Simmons to assist in marketing and being a spokesperson.