It’s not every day that a piece of your artwork gets the “Hollywood” treatment, but that’s exactly what has happened to artist Diane Akey.
0
Jan 24, 2020 6:11 PM By: Ian Jacques 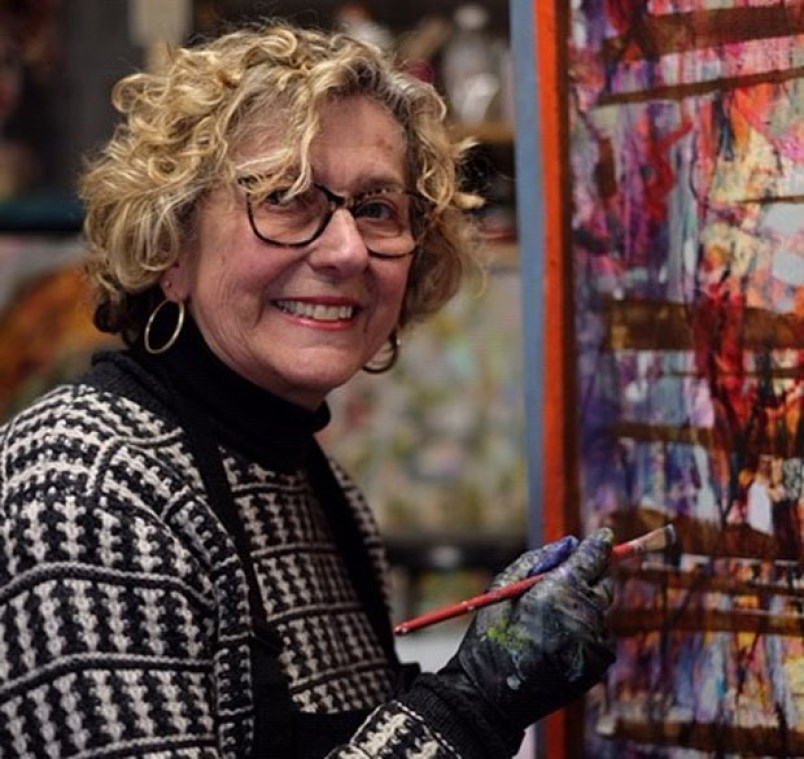 It’s not every day that a piece of your artwork gets the “Hollywood” treatment, but that’s exactly what has happened to artist Diane Akey. Photo: Supplied by Diane Akey

It’s not every day that a piece of your artwork gets the “Hollywood” treatment, but that’s exactly what has happened to artist Diane Akey.

Akey, a member of the South Delta Artists Guild for the past four years and a member of the Federation of Canadian Artists in Vancouver, has her large, colourful abstract entitled “There” featured in the pilot episode of Zoey's Extraordinary Playlist, which premieres Feb. 16 on NBC and CTV.

“The federation has a bigger venue for advertising and because a lot of my work does get shown at their gallery, a lot of movie companies go through the gallery looking at paintings,” she said. “Many of the companies look to rent these art pieces and that’s what they did. They rented it first and eventually the company bought it because it is now going to be in the full season. Now they are interested in looking at more of my work for their next shows, which is kind of cool.”

Although a South Surrey resident, her son lives in Ladner, so she spends lots of time out here in South Delta.

“I’m a retiree, so I’m not in this to make money, but it’s interesting when you show your artwork because it gives some value to the effort you are putting into it and then to see it on the trailer of the TV show, there it is,” she said.

“It really brought attention to me that it is an inexpensive way for the new movie industry to put art into the background. Every time I look at movies or TV series now I’m looking at the background to see the art. I think it’s great. It’s exciting.”

Akey has two original works on paper showing in the Works on Paper Exhibition from now until Feb. 3 at the Federation Gallery on Granville Island and will be in a show in West Vancouver throughout next month.

“When all these opportunities arise you have to jump on the challenge because you never know where it might lead,” she said.