If you've ever wondered what Vancouver looked like back when streetcars clanged through the city, a 1996 mural by Randy Steeves was a big reminder.
Oct 26, 2018 3:21 PM By: Lindsay William-Ross 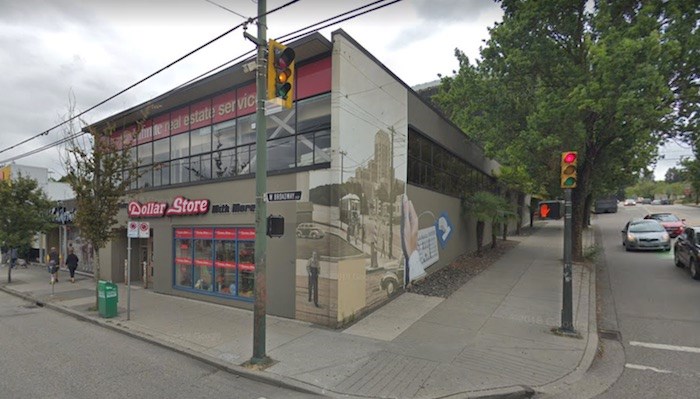 If you've ever wondered what Vancouver looked like back when streetcars clanged through the city, a 1996 mural by Randy Steeves was a big reminder.

Done on the west side of the wall of the building at 398 West Broadway, at Yukon, the image was sepia-toned, showing Vancouver's striking City Hall and West Broadway. The image was like a giant photograph being held up by someone--much like how we could dig up a similar image while cruising the Vancouver Archives--and showed what this spot would have looked like about a half-century before the mural was painted. 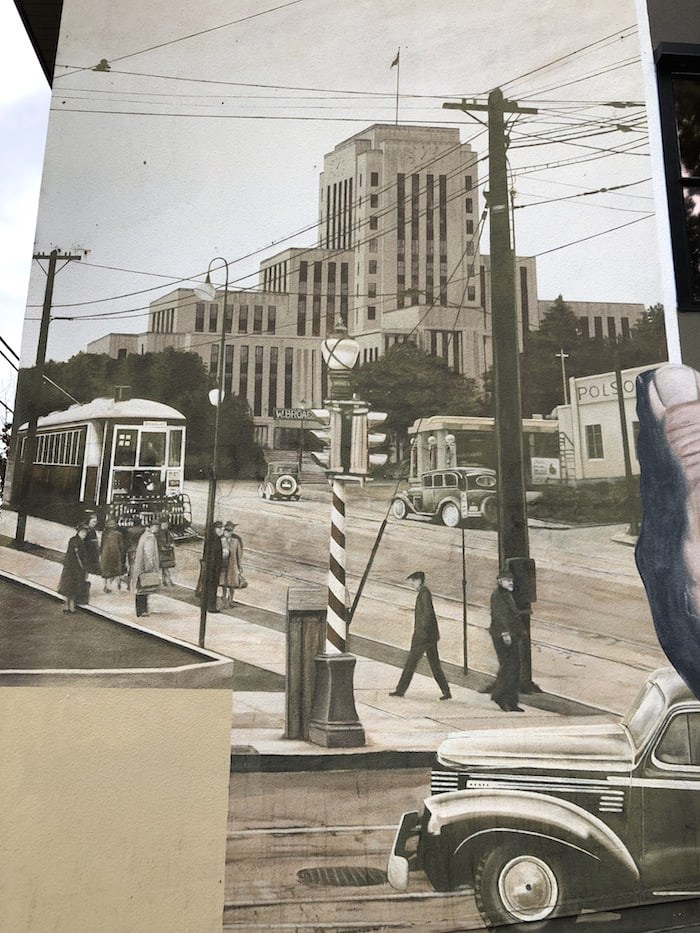 I have to admit, even though it wasn't colourful, it was still an eye-catching glimpse of yesteryear. Sure, I'm a huge transit and city history nerd, but it was still nice to see people in 2018 giving the mural a once over.

Sadly, the mural has ended its 22-year run, and has been painted over, and the whole building is now a uniform dark grey-ish blue.

I reached out to the City of Vancouver's murals program to find out what happened. As it turns out, Steeves' mural outlasted the average in Vancouver.

"Murals are temporary artworks, often lasting two to five years, that contribute to the vibrancy of our city," says a rep for the City of Vancouver via e-mail. "This year we worked with over 100 artists and supported 135 projects throughout the city."

And it's gone simply because the property owner decided it was time to move on. Currently a Dollar Store occupies the ground floor retail space at 398 West Broadway.

Vancouver museum to hold event in advance of National Day for Truth and Reconciliation
Sep 19, 2021 3:45 PM