The bizarre case of a UBC student who was found dead inside a water tank atop a Los Angeles hotel is the focus of a new Netflix true crime series.

In February 2013, the disappearance of a 21-year-old Vancouver resident while on holiday in Los Angeles had people around the globe riveted, and now the bizarre case is the focus of a new Netflix series.

The streaming platform is set to release "Crime Scene: The Vanishing at the Cecil Hotel," on Feb. 10, according to Variety.

"The four-episode season comes from executive producer and director Joe Berlinger, who sets out to deconstruct what really happened to college student and tourist [Elisa] Lam, who stayed at the Cecil Hotel in Downtown Los Angeles in February 2013," adds Variety.

Lam, a University of British Columbia student, had been travelling in California when she went missing on January 31 - that's when her worried family back in B.C. had last heard from her.

The search for Lam stretched on for several days into February, when mid-month the Los Angeles Police Department released surveillance video of Lam behaving bizarrely inside the downtown L.A. hotel's elevator. 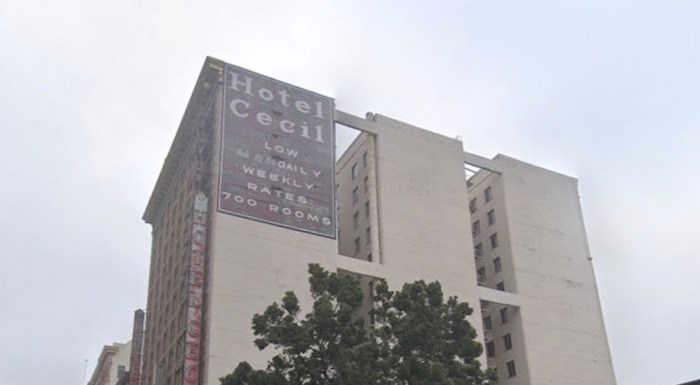 Lam was last seen in the lobby of that hotel. On February 19, police were called to the Cecil to engage in a "confined space rescue" from a water tank on the building's rooftop. The rescue mission, however, shifted into one of recovery: There was what appeared to be the body of a young Asian woman in the tank.

Earlier that day, occupants at the hotel had reported diminished water pressure in taps and showers.

The body was ultimately identified as Lam's; back home, flowers and notes of condolence piled up outside the doors of the family's restaurant in North Burnaby.

No drugs were found in Lam's body, and the death was ruled accidental. But what led up to Lam's body being found inside one of the hotel's four water tanks?

Perhaps the first season of Netflix's new "Crime Scene" series, which will probe the case and the unusual backstory of the Cecil Hotel, over the course of its four episodes.

Vancouver college produces the next generation of top fashion talent and more
Aug 18, 2022 7:42 AM

This VFX artist is hanging a bunch of chandeliers around the city through 'video magic'
Aug 17, 2022 10:51 AM
Comments