Neüterhead is a non profit organization that uses Rock ‘N’ Roll to raise funds to assist animal rescue groups with the costs of spaying and neutering companion animals.
Jan 30, 2018 4:55 PM By: Adam Nanji

Neüterhead is a non profit organization that uses Rock ‘N’ Roll to raise funds to assist animal rescue groups with the costs of spaying and neutering companion animals. 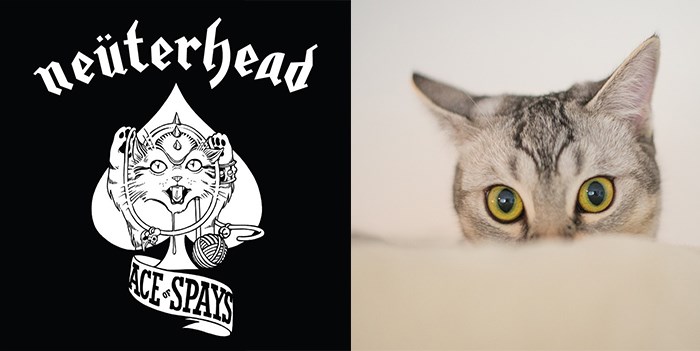 Now in its 4th year, Neüterhead Ace of Spays aims to prevent future generations of unwanted cats and dogs from ending up on the street or in shelters. Funds are raised through the sale of merch and through bands that have generously volunteered their time and energy. Their upcoming fundraiser/concert promises a pretty epic line-up of rock n’ roll, including:

• Glad Rags will also be performing a RAMONES cover set. 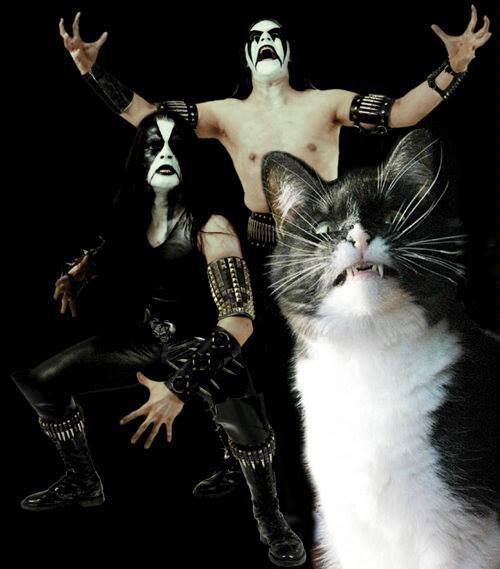 Throughout the year, Neüterhead helps fund animal rescue groups that are volunteer run, non-profit, and have a no-kill policy. The groups they support are dedicated to finding homes for surrendered or found pets, are ambassadors for proper animal care in their communities, and are involved in TNR (trap, neuter, release) programs to help control the feral animal population.

According to Neüterhead , these groups put pets before profit, taking care of medical expenses no matter what the cost, and feeding them only healthy food. To date, Neüterhead has raised over $13,500 for local animal rescue organizations. 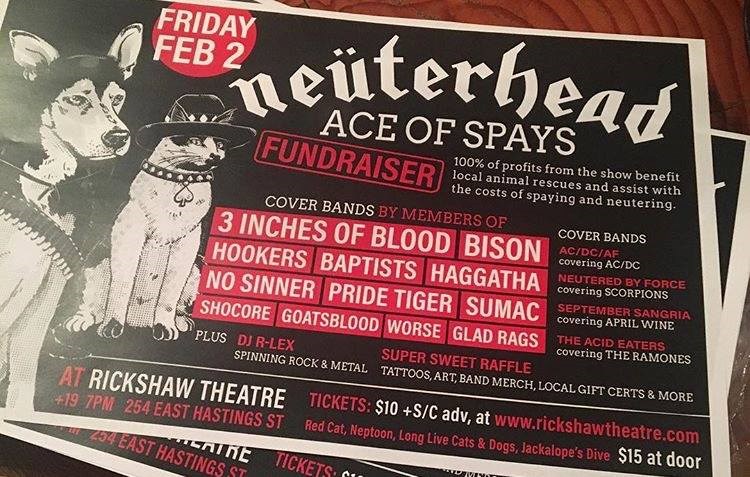