The purveyors of Port Moody’s popular repository of the past are hoping their shop won’t fade into history.
0
Jan 21, 2019 7:34 AM By: Mario Bartel

The purveyors of Port Moody’s popular repository of the past are hoping their shop won’t fade into history. 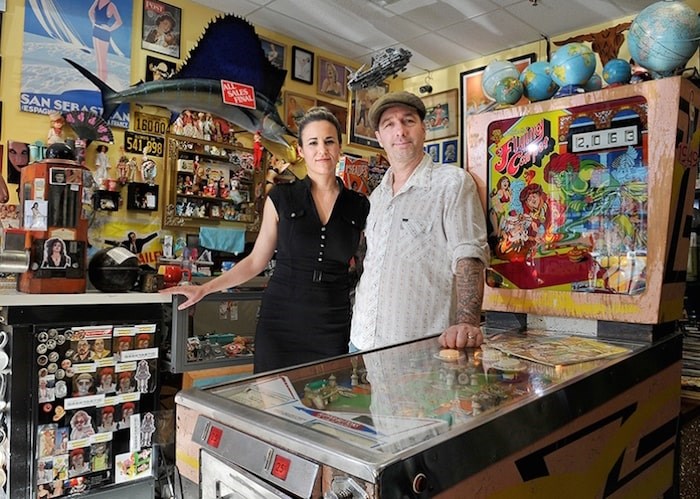 Heather Wallace-Barnes and her husband, Johnny Barnes, are selling their beloved Port Moody shop, Pinball Alley Vintage, so they can move their family to Spain. Photo by Mario Bartel/Tri-City News

Pinball Alley Vintage on St. Johns Street is for sale. But Heather Wallace and her husband, Johnny Barnes want to find a buyer who will keep the store open as a going concern. That’s why they’re giving themselves more than a year before they embark on their next adventure — moving their family to Spain.

Since opening Pinball Alley five years ago, the little shop crammed with clothes, curios and all manner of knick-knacks, doo-dads and geegaws from the not-so-distant past, along with more than 5,000 vinyl record albums, has become a bit of a destination for people looking to drop into a bygone era, and maybe bring a piece of it home.

“It helps people slow down a bit,” said Wallace, a 42 year-old former journalist who grew up in a house full of antiques collected by her dad. “There’s something about coming into a store and going on a treasure hunt.”

After the couple started a family eight years ago, they decided to settle down. Wallace was tired of chasing clicks for a now-defunct online site and Barnes came off the road working tours of musicians like Michael Bublé to take a rigging gig at Roger’s Arena in Vancouver. 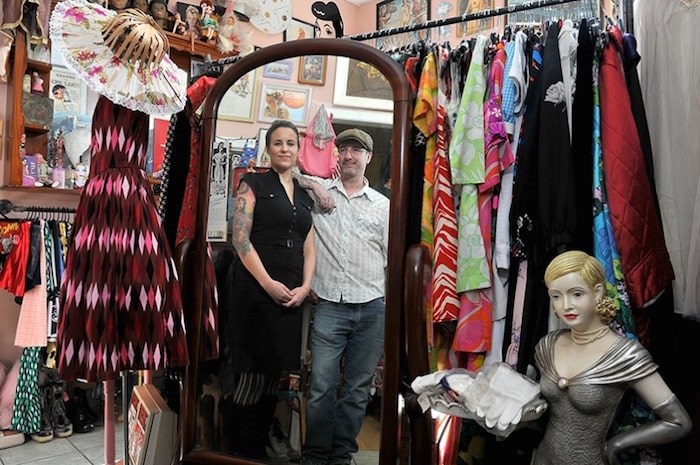 They debated opening a taco truck but Wallace’s family history with antiques and Barnes’ love for vintage vinyl sent them in a different direction.

Street cuisine’s loss has been Port Moody’s gain. The shop has been a perennial winner of Golden Spike and A-List awards for its street appeal and ability to attract tourists.

But mostly it’s just a fun place to hang out and get lost in memories.

“It’s a little oasis,” Wallace said. “People get lost in their thoughts and forget they’re in a store.”

In fact, sometimes they get so immersed in the shop's warren of little themed rooms, Wallace forgets they're there when she’s locked the door behind her as she heads for her lunch break.

Barnes, 52, does most of the buying of stock during excursions to the United States, but much of the shop’s collection of eclectic items from the 1950s, 60s and 70s comes to them, as locals clean out parents’ homes or steamer trunks or declutter their own attics and basements. Some of the more unique items include a giant blue marlin that hangs over the cash counter, a small stack of 8-track music tapes, a Jayne Mansfield hot water bottle and several signed concert tour posters that once belonged to the stage manager of the Canadian band, Nickelback. 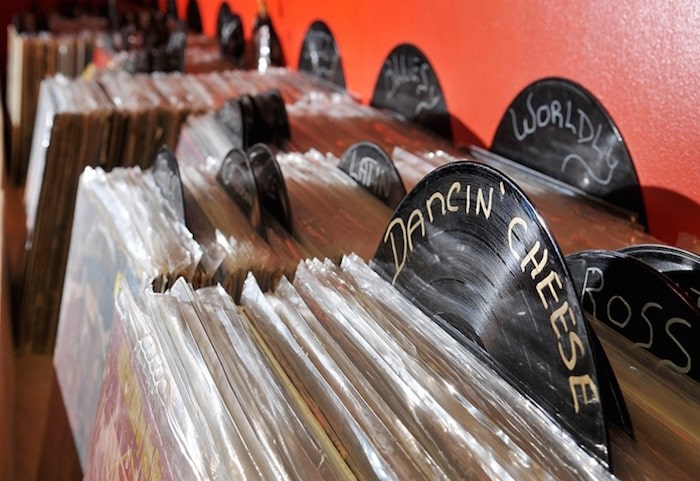 Wallace said, as a former journalist, she loves hearing the stories people share about the items.

“It’s just stuff, but it’s about the memories behind it,” she said.

Ironically, even as vintage stores are usurped by the ease of online searching and shopping, Wallace and Barnes have so far only listed their shop for sale on social media platforms like Facebook and Instagram, as well as on Craigslist. They’ve already had some inquiries, but they won’t sell to the first buyer with cheque in hand.

To find out more, or maybe even make an offer, email pinballalleyvintage@yahoo.ca. 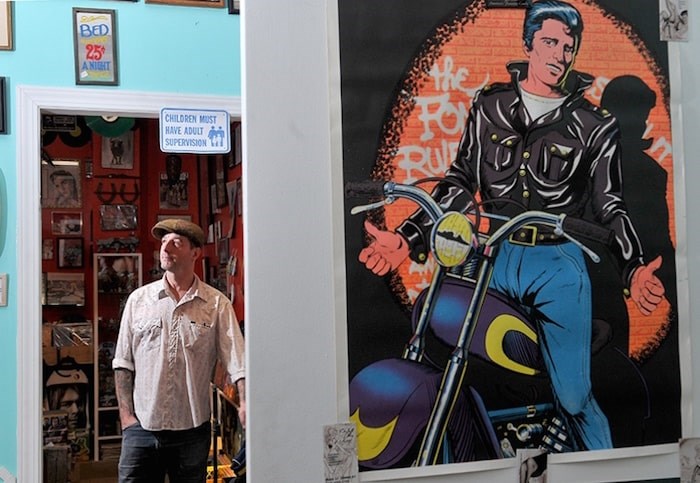 Johnny Barnes surveys his domain of Pinball Alley Vintage, the record room that contains more than 5,000 vinyl record albums, along with some 8-track music cassettes and VHS movies. Photo by Mario Bartel/Tri-City News 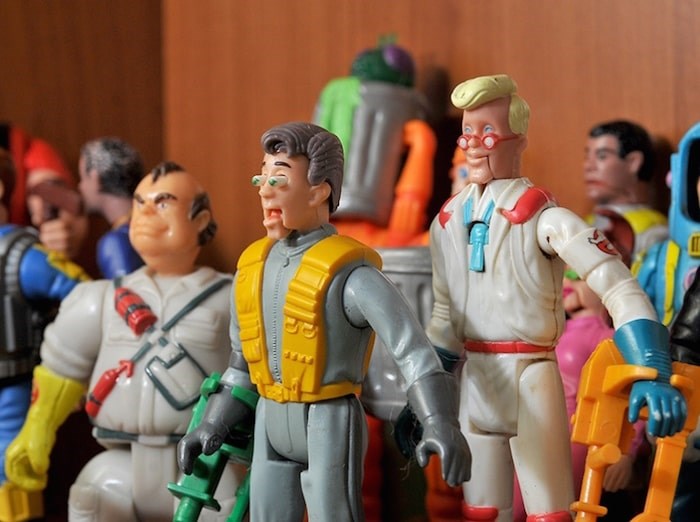 A collection of Ghostbusters’ figurines on the shelf in Pinball Alley Vintage in Port Moody. The shop is divided into several little themed rooms, one of them specifically for kids toys and clothing. Photo by Mario Bartel/Tri-City News 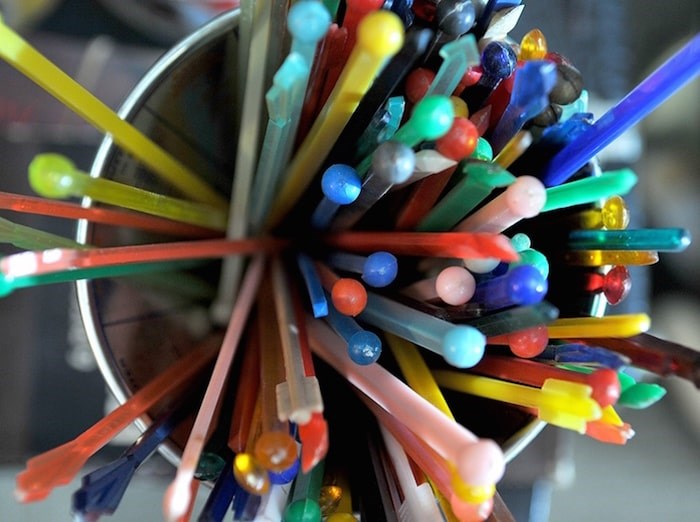 No item at Pinball Alley Vintage in Port Moody is too small or common to catch the attention of collectors, like this cup of swizzle sticks. Photo by Mario Bartel/Tri-City News 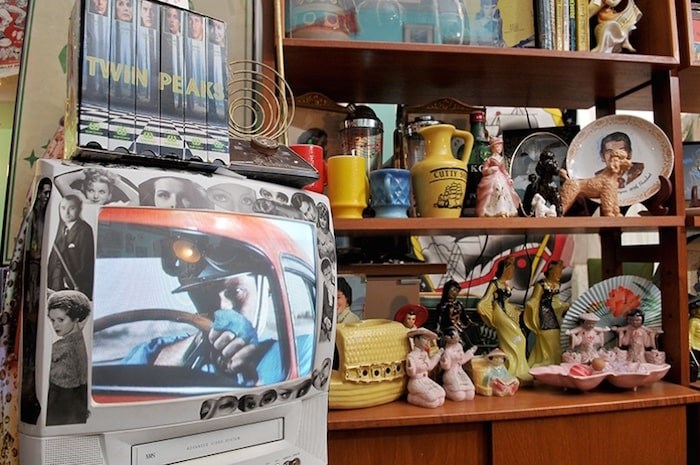 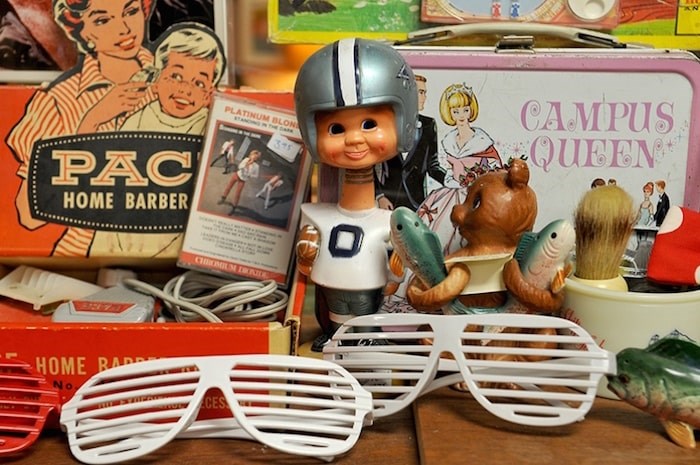 Items on the shelves at Pinball Alley Vintage in Port Moody span eras, from the 1950s to the 1980s. Photo by Mario Bartel/Tri-City News 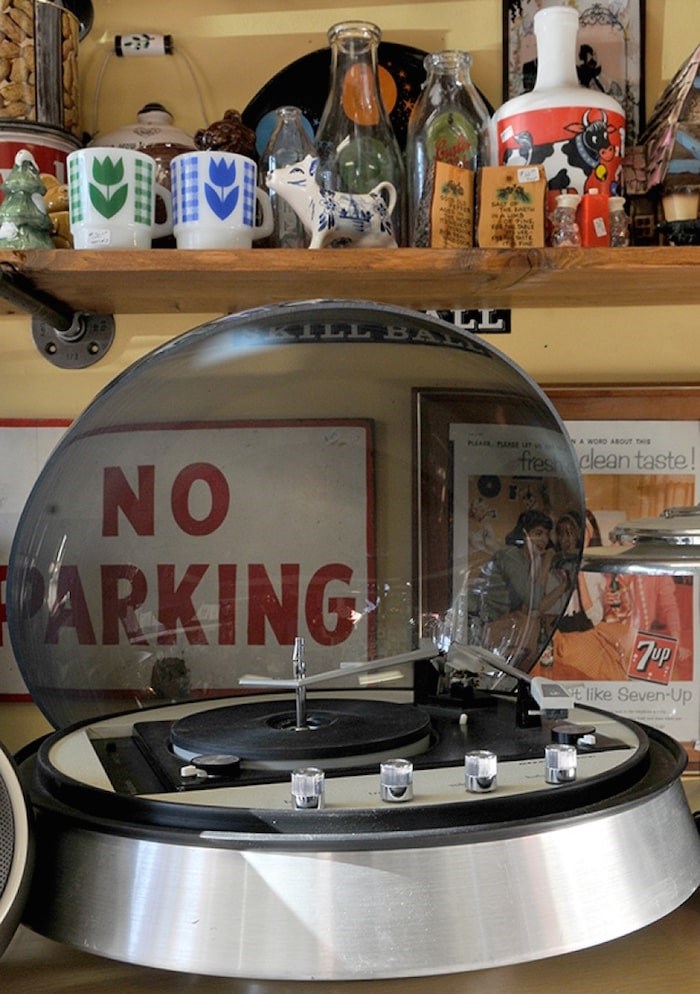 The future doesn’t seem to have lived up to the aesthetic promised by this vintage record turntable. Photo by Mario Bartel/Tri-City News 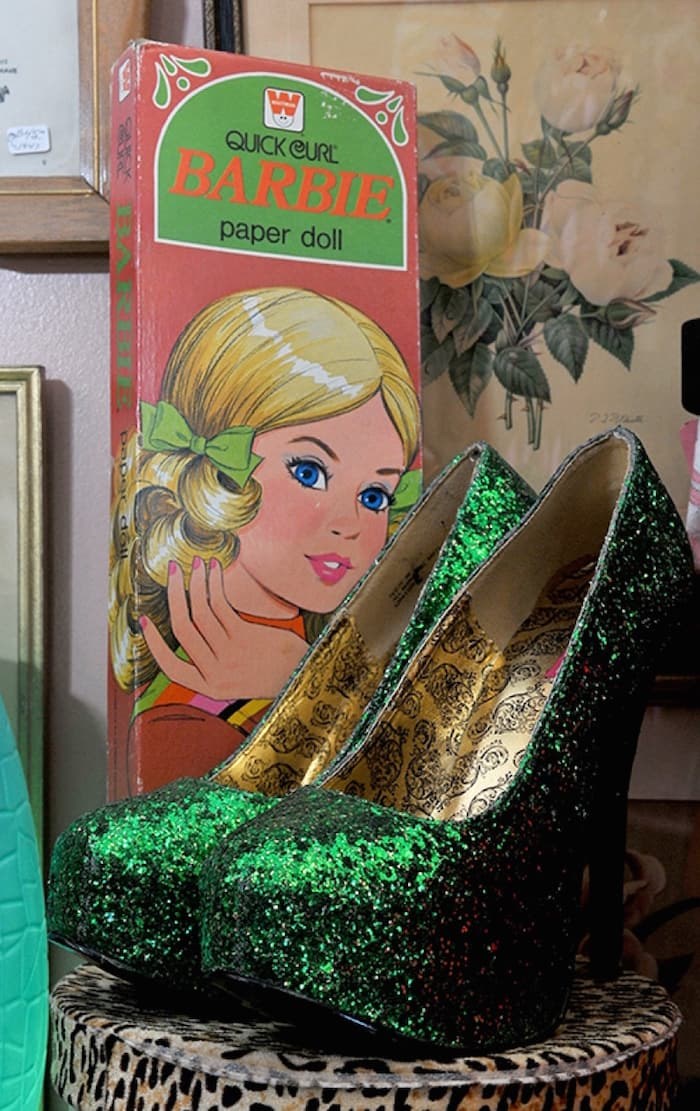 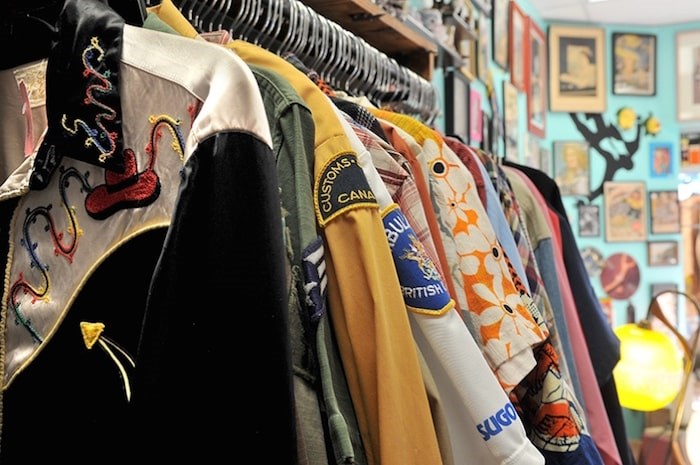 Shirts — from cowboy to Hawaiian to Canada Customs — on a rack at Pinball Alley. Photo by Mario Bartel/Tri-City News