Leave the car keys at home on Aug. 18, because you won’t be needing them at Port Moody’s Car-Free Day. 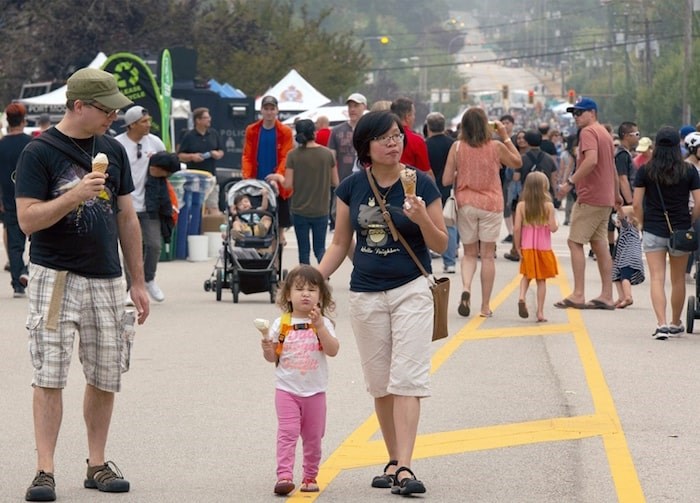 Pedestrians instead of traffic will be clogging St. Johns Street in Port Moody on Sunday, Aug. 18, as the city hosts its third annual Car-Free Day. Tri-City News file photo

For the third straight year, St. Johns Street will be closed between Douglas and Murray streets from noon to 7 p.m. Instead of traffic, the pavement will be plugged with more than 130 booths featuring local businesses, artisans and non-profit groups, along with live music and food from local restaurants as well as food trucks.

Entertainers include Clavinova Nights, Kim Gray, 4 Quarter, Trilojay, as well as Music with Marnie for the kids. There will also be entertainers roving the street, along with mascots.

Activities include rock climbing, mini golf, a ninja obstacle course, a mini train and bicycle skill zone. There will also be a family-friendly beer garden at the Queens Street plaza.

The city of Port Moody will be operating its free event shuttle beginning at 11:45 a.m., along a 30-minute loop that begins at Knowle Street, in front of the recreation complex, to Rocky Point Park. The last bus departs the park at about 7 p.m.

Closure of St. Johns Street will actually begin at 6 a.m. to allow for set up, and the road will reopen at 10 p.m.