“From talking to people and seeing how addiction rules lives, in a lot of ways, changed my life and inspired me to make art about it.”
Elisia Seeber
Jan 29, 2020 8:58 PM

While handing out hot chocolate on rainy nights on Vancouver’s Downtown Eastside, independent artist Caleb Brown came to see a different side to the devastation on the streets.

With an opioid crisis in plain sight, the 19-year-old witnessed a pure desperation from those battling addiction that he’d never seen before.

The emerging rapper, who goes by the name C2B, is about drop his new single and music video ‘Glass’ inspired by his experiences and conversations with addicts on East Hastings Street.

When the beat drops and the hook—‘glass, ounce, hella smoke’—kicks in the song has a dark feel, but the message behind the music is anything but. 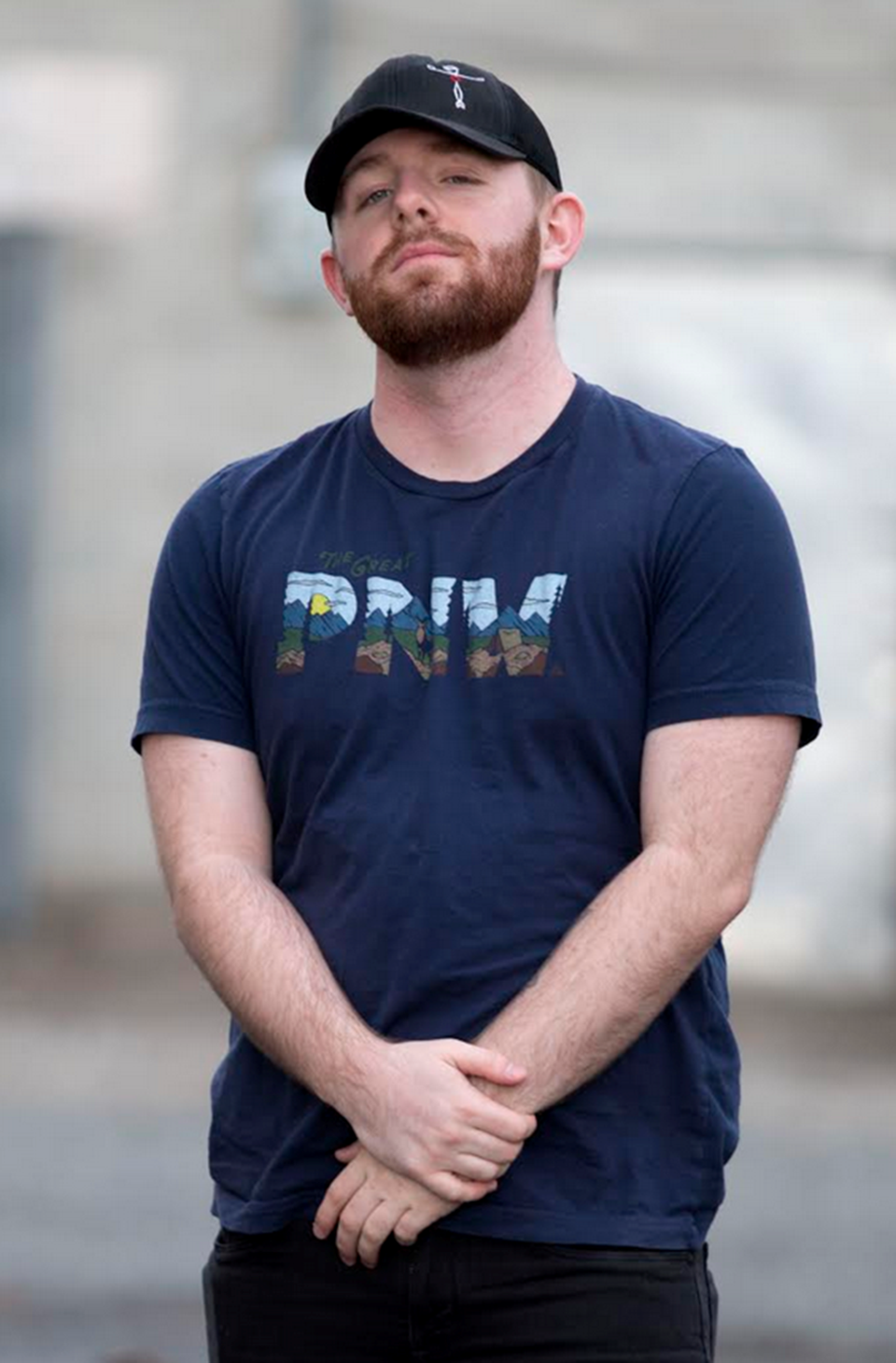 Caleb Brown is about to drop his latest single, 'Glass,' based on his experiences on Vancouver's Downtown Eastside. Photo: Robbie Fiocchi

Every Friday night since moving to Metro Vancouver he’s gone to the DTES to lend a helping hand and show compassion to those who need it.

“Seeing the devastation of that on a weekly basis moved me to write the song from the addict’s perspective,” he said.

“From talking to them and seeing how addiction rules lives, in a lot of ways, changed my life and inspired me to make art about it.”

Through the lyrics and video, Brown hopes to send the message that "addiction isn’t a choice" and often spirals from a number of unfortunate life circumstances.

“Nobody wants to do drugs. Nobody gets up one day and says, ‘Oh, I’m going to go try heroin’ — that’s not a normal thing,” he explained.

“There’s a lot that builds up to it, and once you’re on it you just can’t simply stop.

“Every addict you talk to will know that they need help, they know what they’re doing is wrong, but their mind can’t think about life without that drug, so the lyric – ‘I should get some help man, but I never act right’ is super profound and accurate to me.”

Brown describes his genre of music as “Christian-ish rap.”

“Christ is at the centre of my music— but that’s not all I talk about,” he told V.I.A.

The Scarlet Room was somethin else. 📸: @michael.mcmanus

His interest in rap came before his love for Jesus, ever since Brown was a child he was inspired to put pen to paper and express his emotions through music.

“I was five when I wrote my first song and I put it up on my wall,” he said.

“I was seven when I started rapping in the backseat of my mum’s car.”

From there, he continued to write poetry and music, attending his first open mic night when he was just 13 years old. By the time he was 15, he played his first live show and at 16 he released his first mix-tape. Live shows, an EP, and his debut album ‘Dilate’ which generated his first 1000 views on YouTube came soon after.

He's now sitting on his biggest music video release yet and an upcoming 2020 studio album.

“The song ‘Glass’ is definitely something bigger than I’ve ever done before,” Brown said.

“Every lyric is so meaningful to me and I tried to make it a perfect representation of what I’ve seen and what I’ve experienced.”

Brown was brought up in a somewhat Christian household and went to a private school, but it wasn’t until after his grandfather died that he “gave his life to Christ.” He was 14 years old at the time, and the death of his grandfather had taken a toll on his family.  A friend at school had invited Brown to a youth group and he was originally resistant to the idea, but later gave in to the invitation and he never looked back.

“Accepting Christ means that you follow him and you live for him in everything you do,” Brown explained.

He said he knew people had a lot of different perceptions about Christianity, but all it came down to was “loving God and loving people with everything you have.”

“Originally, when I told my family I wanted to move to Canada and study biblical studies, they were pretty rattled,” Brown said with a laugh.

As well as sending messages of hope through his music, Brown’s goal is to complete his degree and pursue a life in missionary work or as a pastor.

He hopes the song will spur conversations about the Downtown Eastside and encourage more acceptance and compassion for people who are struggling with addiction.

His single Glass, directed by Tristan Nallioux and produced by JW Deuce, will be released Feb. 8.

A two-week celebration of poutine is happening in Vancouver this winter
Jan 14, 2022 4:30 PM

Here’s what you can expect from this year’s PuSh Festival performances in Vancouver
Jan 13, 2022 8:00 AM