READ ALL OVER -- Dave Thorvald Olson

Read All Over celebrates the bookworm in all of us, showcasing readers in Vancouver and the books they love most.
0
Mar 28, 2012 11:00 AM By: Lindsay Glauser 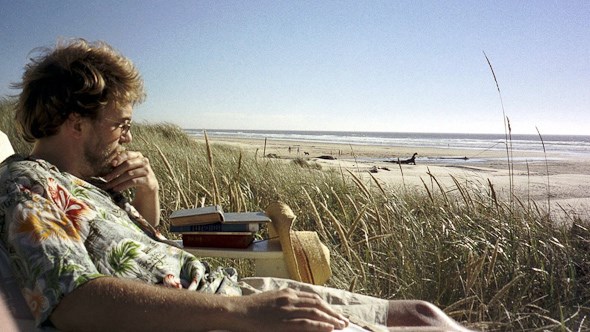 I especially like tracking down hardback vintage editions of my favourites and set them on the top shelf of my case alongside dog-eared paperback versions. Example: a rare Catcher in the Rye with photo of Salinger; an unedited version of Kerouac’s On the Road scroll; and Dr. Zhivago in Russian (just for fun). While I usually travel with paperbacks, I hauled a massive edition of War and Peace to Belize just to enjoy it more on the porch. I also buy lots of library cast-offs. Never tried an audio book, or an e-book for that matter.

Letters to a Young Poet by Rainer Maria Rilke – elegant soliloquies, devoid of pretension, about pulling the best out of oneself – particularly when writing.

Walden/Civil Disobedience – Thoreau showed me that words are the source of public and private revolutions rather than violence.

The Catcher in the Rye – Salinger’s renegade first-person, colloquial narrative is nuanced & powerful and still underestimated in ability to transform.

Dharma Bums – Kerouac’s chops & sincerity shine through in this earnest story which coaxed millions to put their boots on!

The Backcountry – Following Gary Snyder’s steps in a Kyoto train station shaped my journey and trueself while heading into the Japanese hills.

Desert Solitaire – Crusty Ed Abbey’s seasonal treatise is both elegant and bombastic plus ecologically important for the past & future.

Bonus: Siddaharta by Herman Hesse; Rommel Drives Deep into Egypt by Richard Brautigan; Portrait of an Artist as a Young Man by James Joyce; Post Office by Charles Bukowski; Zorba the Greek by Nikos Kazantzakis; and, Walking Up and Down in the World by Smoke Blanchard. 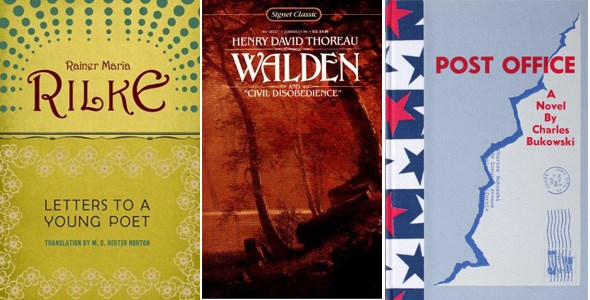 On a Crab Park bench – glancing up at tugs and freighters – continued on the Seabus as needed.

The Adventures of Tintin. I have a complete collection of the stories (including the previously banned “Soviets” and “Congo” escapades) about this renegade Belgian reporter and his eclectic band of co-conspirators.

The story about the creator Hergé is equally compelling as he started the series for a Catholic newspaper and carried on during Nazi occupation.

Trips to Elsewhere: A Shoebox of Anecdotes and Incidents