Rifflandia music festival cancelled for 2019, expected to return next year

The annual Rifflandia Festival that drew thousands to Royal Athletic Park in Victoria each September has been postponed until 2020.
Mike Devlin
May 24, 2019 7:44 AM

The annual Rifflandia Festival that drew thousands to Royal Athletic Park in Victoria each September has been postponed until 2020, with organizers citing economic instability in the festival market.

An unfavourable exchange rate in booking acts from the United States also played into the decision to take a year off, said Nick Blasko of Victoria’s Atomique Productions, which produces the event. 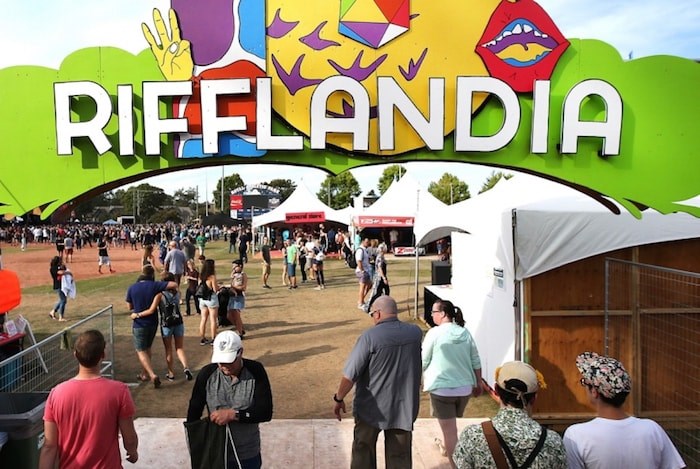 On the grounds at Rifflandia in 2017. Photo by Adrian Lam/Times Colonist

Another factor is that Greater Victoria has undergone a change with regards to the tastes of its festivalgoers, who began to travel off-Island more regularly for festivals across the province and into the U.S.

“It’s impossible to peg it as one thing. That includes the changing nature of our region — business conditions, competition, access to artists — and a city and demographic that is very different from when we started this festival,” Blasko said.

The four-day Rifflandia, which debuted in 2008, drew its biggest attendance in 2015, with daily averages of 12,500 people, Blasko said.

Rifflandia turned a profit for the first time in 2017 but audience totals dipped by 20 per cent in 2018, which put this year’s installment in jeopardy. “This is the year we need to take a step back, to regroup a little, so that it succeeds going forward,” Blasko said.

“It is going to take that long for us to get the lineup we want. Every festival has their reasons for calling time out. In our case, we love this festival. It’s a huge part of our company. It has defined us and who we are so it’s not something we want to see abandoned.”

Rifflandia was scheduled for Sept. 12-15 at various downtown venues. Tickets sold for the upcoming edition will be refunded at point of purchase, or can be used next year.

Venues have already been secured for Sept. 17-20, 2020, Blasko said. “We will be bringing this festival back in 2020, there is no question in our minds or hearts on that,” he said. “This is certainly not the end.”

The postponement is the latest casualty in the ever-changing Vancouver Island festival community, following the cancellations of Colwood’s Rock the Shores festival this year and Port Renfrew’s Tall Tree Music Festival in 2017, which both drew between 5,000 and 10,000 fans daily at their peak.

The absence of those multi-day events — which have featured the Tragically Hip, the Black Keys, and Weezer — creates a void that will not be filled by competing companies this summer.

The company will also look at the Phillips Brewery backyard as a future site for more events. “We’ll look at every scenario. We will create a better experience if we pause for a minute and have more lead time,” Blasko said.

Here are some of the best live shows to see in Metro Vancouver this holiday season
Dec 2, 2021 3:34 PM