The finalists for the prestigious Scotiabank Photography Award were revealed this week, and Vancouver's Stephen Waddell is on the list of three talented Canadians.
0
Mar 22, 2018 1:30 PM By: Lindsay William-Ross

The finalists for the prestigious Scotiabank Photography Award were revealed this week, and Vancouver's Stephen Waddell is on the list of three talented Canadians.

Born and raised in Vancouver, Waddell launched his career in art in the early 1990s. Though Waddell has lived in New York and Berlin, he returned to Vancouver in 2008, and began teaching at Emily Carr University in 2010.

In 2016, Waddell's photographs were included in the Dark Matter Atlas exhibit at the Vancouver Art Gallery. According to the VAG, the collection of large-scale images marked a departure for the photographer, who had become "widely known for his photographs and paintings that address urban space, particularly his depictions of the human figure in the modern city."

Rather, for Dark Matter Atlas, Waddell was "focusing on underground caverns in the United States, Canada and Lebanon—spaces once inaccessible that are now public parks."

Shifting his artistic lens once again,  Waddell is currently working on a new body of colour photographs that attempt to depict the real and the fictive with a working title "The Human Abstract." 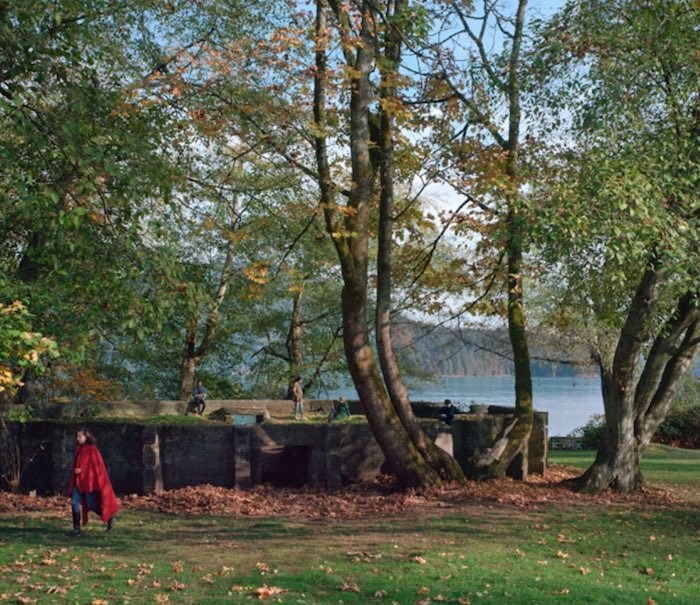 Joining Waddell on the list of finalists for the Scotiabank Photography Award are Moyra Davey and Greg Staats, both of Toronto.

The Scotiabank Photography Award is one of Canada's largest and most prestigious lens-based art awards. Jurors are culled from Canada's arts community; it is Canada's largest peer-nominated and peer-reviewed arts award.

The winner of the 2018 Scotiabank Photography Award will receive a cash prize of $50,000, a solo Primary Exhibition at the Ryerson Image Centre during the 2019 Scotiabank CONTACT Photography Festival, and a book of their work published and distributed worldwide by art book publisher, Steidl of Germany. The remaining shortlisted artists will each receive $10,000.

"The creative vision demonstrated by the three shortlisted artists reinforces our belief that the arts make Canadians richer, by inspiring us to pursue our passions and provide us with new perspectives that enrich our lives," said Barb Mason, Chief Human Resources Officer, Scotiabank, in a media release.

The 2018 Scotiabank Photography Award will be announced May 8.