Your commute to and from the SeaBus just got a little more visually stimulating.
Oct 15, 2020 10:55 AM By: North Shore News 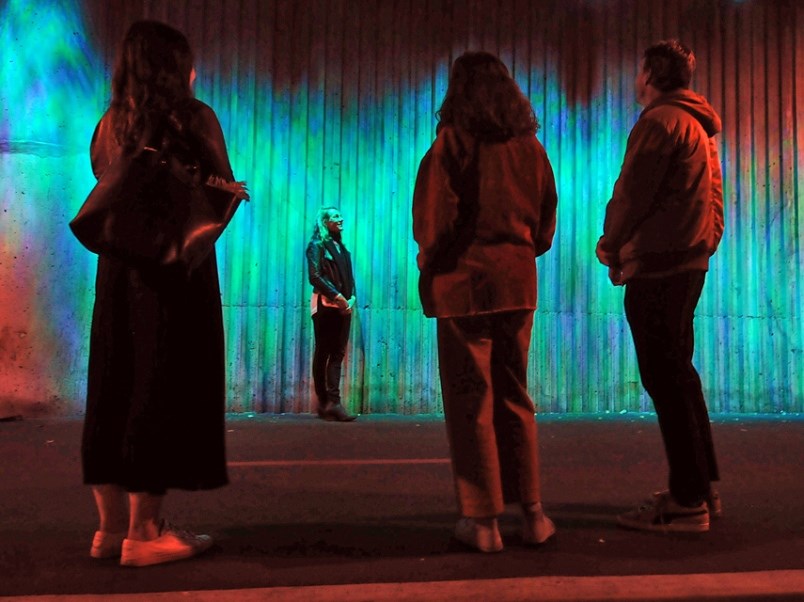 Your commute to and from the SeaBus just got a little more visually stimulating.

Sea Change, a new public art piece that uses a series of interactive LEDs and mirrored panels that refract light patterns to mimic being immersed in a body of water, was officially activated last Wednesday evening, North Vancouver Recreation and Culture has announced.

The piece, created by local artist Jill Anholt, is designed to provide a “visually, dynamic, engaging and playful experience to the tunnel adjacent to the Lonsdale Quay bus exchange,” according to a release from NVRC.

The artwork was commissioned by the Polygon Promenade in partnership with the City of North Vancouver.

When the tunnel is unoccupied, the artwork will cast a gentle rippling light effect, but when a passerby enters the tunnel along the Spirit Trail, it will trigger a wave of blue and green light which will cascade along the wall in front of them, the release states.