The Squamish Constellation Festival is in a holding pattern 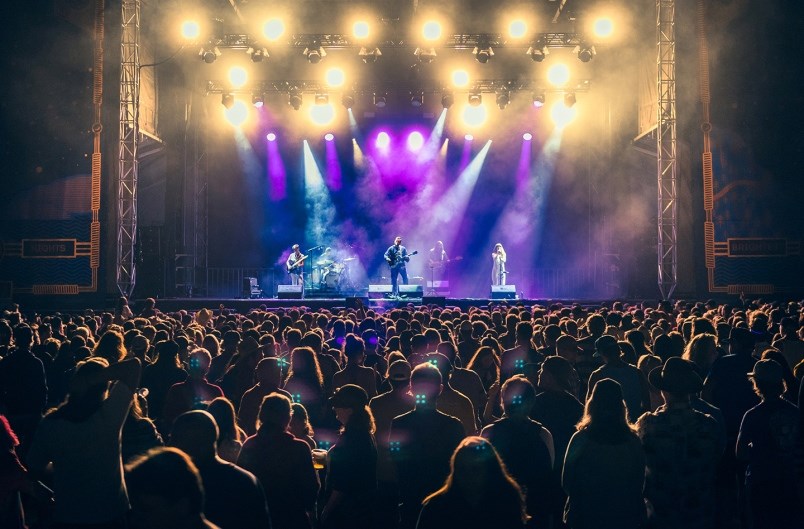 Stars aligning: Squamish Constellation Festival co-founder Tamara Stanners said there is a sliver of hope that the second edition of the festival will run as planned, but said a postponement is possible. | Photo: CHRISTOPHER EDMONSTONE

The Squamish Constellation Festival, like so many other organizations, is in a holding pattern because of the COVID-19 pandemic, but organizers are looking at all available options to proceed in the future.

Co-founder and CEO Tamara Stanners said in an April 17 interview that organizers are telling agents that the festival, which is slated to run from July 24 to 26, is on hold as it waits for more information to come available.

“We are watching, like everybody else, and waiting to see what the official words are going to be regarding how we’re all going to be able to gather in the future, whether that’s this summer or if it’s in the fall or if it’s in 2021,” she said. “As we’re talking to different provincial health officials and our local municipalities, nobody even knows.

“We want to make sure that everybody’s going to be safe and we have to wait until we get word from authorities to know exactly when that’s going to be.”

Stanners said that while a postponement hasn’t yet been announced, it that seems to be the direction things are heading, with major July events such as the Osheaga Music & Arts Festival and the Winnipeg Folk Festival announcing suspensions or cancellations this week.

“We’re very close to being there.... It’s this crazy circle that all just starts to unravel the closer we get to the date without knowing if we can actually gather.

“If it means postponing for a full year, that’s exactly what we’re going to do, but we still are holding out a little bit of hope that we may be able to do something this year,” she added.

And even if the date is pushed back, Stanners assured fans the event will return when safe to do so.

To help weather the storm, the Constellation Festival has been working with other festivals in the province, meeting weekly via Zoom since the start of April and recently forming the BC Music Festival Collective with more than 50 other independent producers. Stanners said the experience has been “incredible.”

“It has been enlightening. We are talking about strategies and the best way that we can do it so that we can all come out the other side maybe even stronger than we were before,” she said. “It’s a very fickle industry and can be very challenging so we want to make sure that we’re in a position to treat our ticket buyers the best way possible, and also to remain sustainable out the other side.”

Among the topics that are being discussed are understanding ticket and credit-card companies, as all have different policies, as well as best practices for working with banks, producers and agents.

Working on their own, Stanners said she and the other festival organizers didn’t realize what others are experiencing but now have learned that everyone has faced similar challenges.

“What we really realized is that we are more alike than we ever knew and there are more commonalities between all the festivals than we knew before,” she said. “Most of the festivals organized in B.C. are so community-driven and they’re really about making sure that the people that come to the festivals are the stars of the show.”

Stanners added that the festival is also part of weekly Canadian Live Music Association meetings, noting that music events put billions into the national economy and the industry will have difficulty recovering. Another concern is that with so many other industries and individuals hurting, especially in a region heavily dependent on tourism, that there won’t be much spare cash for entertainment floating around when it’s safe to bring everyone together.

“Is anybody even going to have money to go to a festival? That’s a huge question that we have,” she said. “It’s going to be a whole new economy that’s impacting everyone.”

Julie Fowler, the convener of the initial meeting and executive and artistic director for the ArtsWells Festival Of All Things Art in Wells, said the impacts will be felt across the province.

“The number of festivals in BC has grown substantially in the last 20 years and this crisis has highlighted the value of coming together to share ideas and resources so that we can all continue to strengthen our communities and create a vibrant arts and culture sector in BC,” Fowler said in a release.

- By Dan Falloon / The Squamish Chief