A Surrey resident finally has her puppy back after he was stolen from her nearly three months ago.
0
Dec 14, 2017 3:39 PM By: Lindsay William-Ross

A Surrey resident finally has her puppy back after he was stolen from her nearly three months ago.

Tank the pit bull was a mere eight weeks old back on September 28, when he was taken from his owner by two male suspects. The owner had advertised the pup for potential sale online, and had arranged to meet the interested party at Fleetwood Park, according to the Surrey RCMP.

At the meet-up, one male suspect grabbed Tank from her arms and ran away with him while the second punched her in the face and took her cellphone. 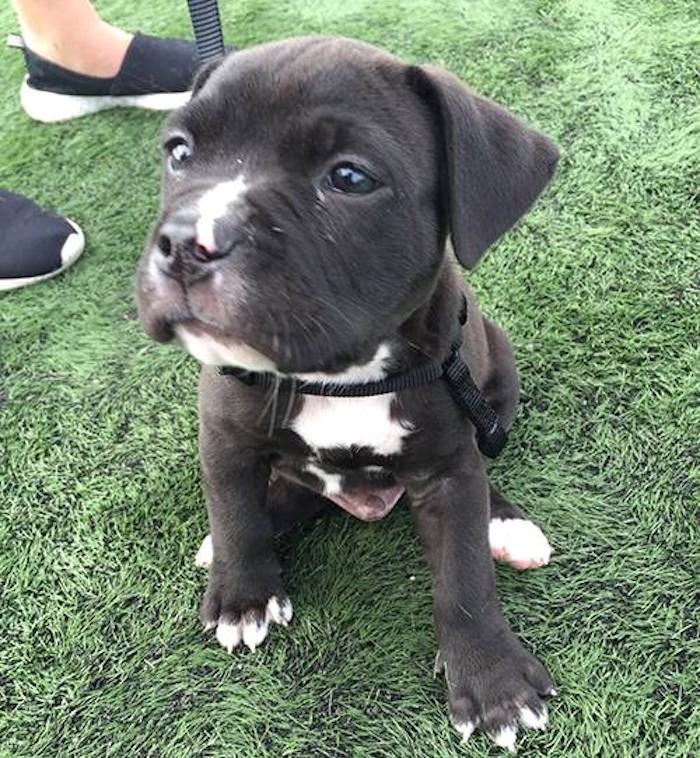 The owner filed a report with the Surrey RCMP. The same officer who took her report also was the one who spotted Tank. While out on an unrelated call, the officer saw Tank coming out of a nearby home.

The dog was secured, and reunited with his owner, who is "very appreciative about receiving this early Christmas present!" says the Surrey RCMP.

Authorities say the case of Tank's theft remains under investigation.