STORIES FROM THE SIDEWALK: Liquor & Loss

The founders of the SIDEWALK supper project share their stories as they connect with people living on the streets. This week, meet a former husband and airplane mechanic who tells us how he copes with everything he’s lost.
Eddy Tan Oct 31, 2016 7:00 PM

The founders of the SIDEWALK supper project share their stories as they connect with people living on the streets. This week, meet a former husband and airplane mechanic who tells us how he copes with everything he’s lost. 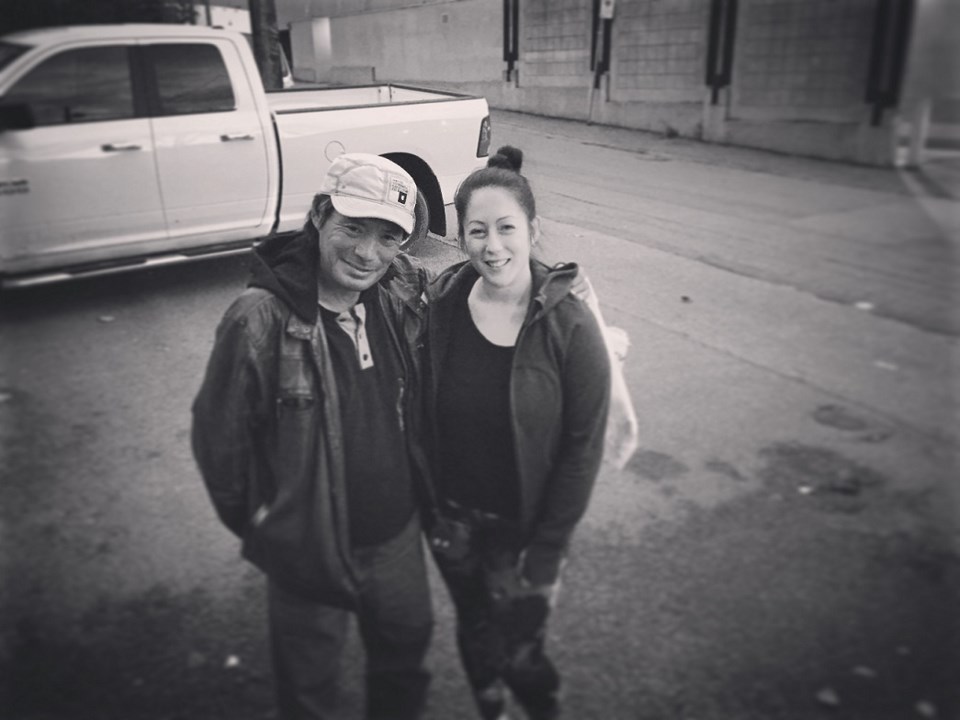 All homeless people are drunks. All the money they get from begging goes towards drugs. They could get a job like the rest of us, but they’d rather get drunk and high all day.

I hear generalizations like these on a regular basis. Even people who I consider to be compassionate and objective will sometimes allude to their opinions on the connection between substance use and homelessness, albeit delicately. Although I flinch at the generalizations, it’s understandable to see why the homeless are perceived this way. Just take a stroll down East Hastings and the ravages of addiction are on full display.

There’s no way to deny the devastating role that substance use plays in the homeless population. Last year, the City of Vancouver estimated that 58% of the city’s homeless suffer from addiction of some kind, and it’s not getting any better over the years.* Be that as it may, painting all homeless people as addicts is as damaging as ignoring the problem all together. Like all unfortunate stereotypes, it’s easier to apply a broad image to a group of people than to consider the unique set of experiences and circumstances that relate to every person in that group.

Admittedly, many of the people we meet on the streets do seem to be dependent on one substance or another. But like everyone else in this world, every one of them has their own story, their own motivations, their own demons. Rather than looking at percentages separating the addicts from the non-addicts, we’re learning to view substance use as one of many qualities that form the unique lives of the people we meet.

One of these people is William, a fellow with a warm, friendly spirit that we often chat with in our neighbourhood. We run into him outside the liquor store. I notice a beer can poking out of the pocket of his sweatshirt as we sit down with him in the back alley. We learn about how he went from being a man with a family and a steady job to panhandling for change on the streets. Here’s his story.

EDDY: Can you tell us about how you ended up on the streets?

WILLIAM: My wife left me. I had to pay over a hundred thousand dollars in alimony. She got everything and I was left with nothing.

EDDY: What was your life like before that happened?

WILLIAM: Growing up, I was the only one in my family to graduate school. I was married. I was working as a flight mechanic by trade in Tuktoyaktuk. I had an accident and couldn’t work anymore. Then my wife left me and took all the money. Now I panhandle in order to eat.

My son, he made me a grandpa. I have a little granddaughter now. But my son died. And now I drink. I had two nieces who also died. They lived in Nunavut. They overdosed.

WILLIAM: Homeless people have a routine. They don’t shower for a month. They could get help, but they don’t because they’re ashamed. They’re too ashamed of themselves to ask. Then they turn to drugs or drinking and start using it to stay awake. For me, I shower every day. I meet lots of people here. The people are very nice.

I make carvings out of soapstone and I sell them at English Bay. I made one masterpiece one day. It was a big bear carved out of soapstone, and it was beautiful. I wish I didn’t sell it!

I drink because I lost my son. But I have a granddaughter now. I’m happy and I’m healthy. I never put myself down.

He talks with a scattered, cheerful energy that’s very characteristic of him, but I can see the pain cloud over his face when he talks about his son, as well as what I sense to be a weary bitterness when he mentions his ex-wife. I can tell he doesn’t care to go into detail on either subject, so I don’t press it. He’s also vague about the accident that caused him to stop working.

What he is upfront about is his drinking. There’s no trace of shame. He doesn’t try to hide it. It helps him cope with the substantial amount of loss that he’s suffered in life. It doesn’t make the habit healthy or wise, but who are we to judge him for that?

As we wrap up, we wish each other a good evening and part ways. He’s eager to dig into the box of fried chicken and potato salad that we treated him to—it was his own special meal request. A few seconds later, he runs back up to us as though he’s forgotten something. “Thank you!” he says with a smile on his face.

Vancouver burlesque performers are clapping back on reproductive rights issues. Here's how you can help
Aug 9, 2022 1:37 PM