STORIES FROM THE SIDEWALK: The Runaway Foster Kid

The founders of the SIDEWALK supper project share their stories as they connect with people living on the streets.
Eddy Tan Jul 18, 2016 9:25 PM

The founders of the SIDEWALK supper project share their stories as they connect with people living on the streets. This week, meet a former foster child and his hitchhiking companion who are traveling across the country to find their place in the world. 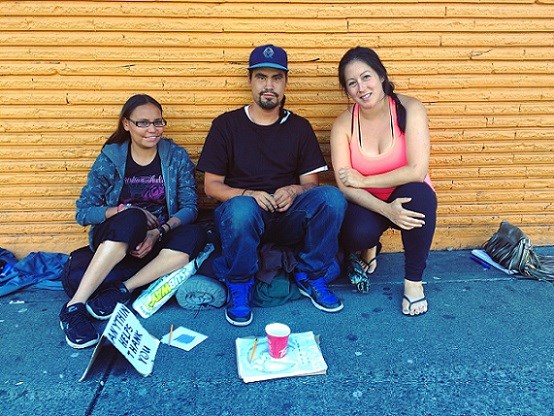 Think about this for a minute: What would your life be like if you didn’t have a family? I don’t mean your specific family, but any family at all. Some of you may know first-hand what that’s like, but most of you probably feel the same way that I do—as dysfunctional as the modern-day family can be, I couldn’t imagine being a well-adjusted adult without having been born into the environment of stability and security that family provides.

This week, we meet a friendly and artistic young man named Conrad. By the age of 16, he had lived in 33 different foster homes before running away from a system that failed him.

Conrad is drawing in his sketchpad beside his traveling companion, Acelyn, when we take a seat with them on the sidewalk. Here is their story.

EDDY: Can you tell us about how you ended up living on the streets?

CONRAD: We’re from Winnipeg. I would stay at my sister’s place whenever she’d let me, but most of the time it’s hard for me to live there. She’s bi-polar. I decided to come to BC, so Acelyn and I hitchhiked here to Vancouver. It took us four days to get here from Winnipeg. We’re trying to get to Vancouver Island.

CONRAD: It was hard. It’s cold there. I grew up in foster care. My caseworker worked it out and told me that I went through 33 different placements. That’s 33 different foster homes. I never really had a family. When I was 16, I had enough and just ran away. I’ve been on my own since.

EDDY: What was your experience like in foster care?

CONRAD: It was hard.

CONRAD: It’s good here in Vancouver. I know lots of the locals now. The people here are nicer than in Winnipeg—they help us out and sometimes we get people offering us food. And the cops leave us alone. It’s different in Winnipeg. The cops are racist there. They don’t like the Natives, so they give us a lot of trouble. I got punched in the face just for sitting on the streets. I didn’t even do anything. It happened just before I left the city. Look, you can still see the bruising around my eye.

EDDY: What’s the hardest thing about living on the streets?

CONRAD: The hardest thing is probably worrying about getting my gear stolen. It happens a lot. But the good thing is that the people here are like a community—we look out for each other.

EDDY: Are you looking for work?

CONRAD: I’ll take what I can get, but I can’t do much work. I shattered my forearm a while ago. There’s a metal rod in there now holding it together, but it’s pretty much useless now.

EDDY: What’s next for the two of you?

CONRAD: We’re going to try to get to Vancouver Island. Then eventually we want to hitchhike to Toronto. I’ve never been there.

Although Acelyn remains fairly quiet throughout the conversation, Conrad talks with a warm and upbeat energy. There’s a positive quality in him. I don’t sense a trace of self-pity or resentment. He talks about police brutality and running away from foster care with a cheerful candor, as though they were ordinary events in everyone’s life like high school prom or getting your driver’s licence. For Conrad, his life is commonplace because it’s the only life he’s known. He seems content with it and genuinely excited about traveling cross-country. The positive energy only fades when I ask about his experience in foster care, at which point he becomes distant.

As we wrap up, Conrad shows us the picture he’s been sketching. It’s of a wolf howling at the moon. He tells us about how he’s going to colour in the musical notes with silver ink. “I love to draw,” he says.

Meeting Conrad and Acelyn reminds me of how we are all products of our circumstances. Sure, science shows that we are born with a different set of genetically-determined characteristics, but these characteristics are molded by the experiences we have in life to form the people we become and the lives that we lead. Some of these circumstances are influenced by the decisions we make, while others are beyond our control. The differences between families can vary widely, but there is one universal truth in that we can’t pick the one we’re born into. 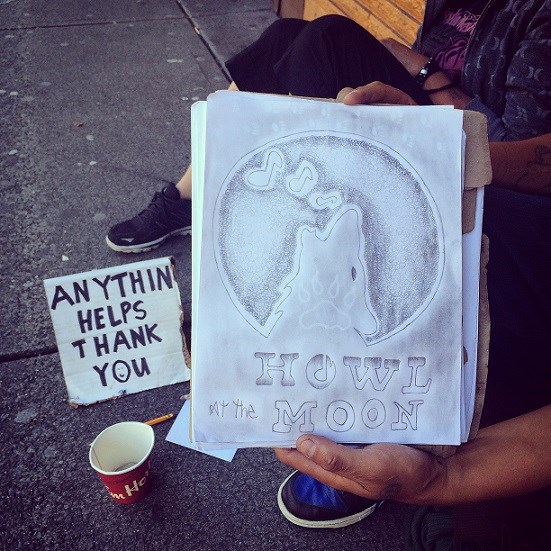 Conrad’s drawing, a work in progress.

A Halloween-themed beer festival coming to Metro Vancouver this fall
Aug 13, 2022 11:37 AM