A B.C. man accused of swimming naked in a shark tank at a public aquarium has returned home to resume his job as a fishing guide while his case wends its way through the justice system.
0
Jun 6, 2019 1:39 PM By: The Canadian Press 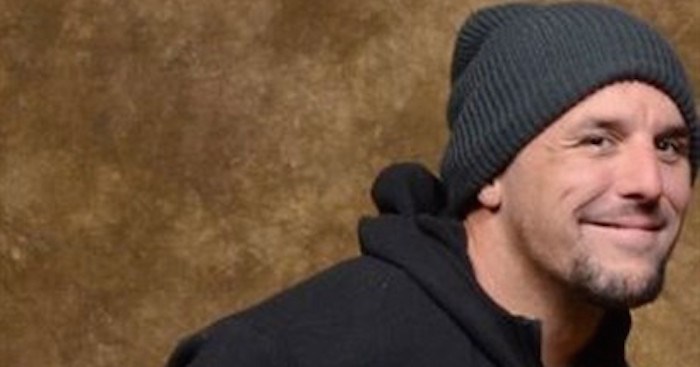 David Weaver, 37, is seen in this undated police handout photo. Police say a man who stunned patrons and staff at a popular Toronto aquarium when he stripped naked, hopped a security barrier and jumped into a large shark tank is wanted in connection with an earlier assault. Police say they are looking for David Weaver, 37, of Nelson, B.C., who is also wanted in connection with an alleged assault at another location earlier Friday evening that seriously injured a man. THE CANADIAN PRESS/HO, Toronto Police Service *MANDATORY CREDIT*

A British Columbia man accused of swimming naked in a shark tank at a Toronto aquarium has returned home to resume his job as a fishing guide while his case wends its way through the justice system.

David Weaver, of Nelson, recently returned to B.C. to work after his bail conditions were relaxed, his lawyer, Blair Drummie, said outside court after a brief hearing in the case Thursday.

“He’s a good guy, he really is,” Drummie said. “He loves fishing. He’s a fishing guide.”

On Oct. 12, 2018, Weaver is alleged to have assaulted a man outside Medieval Times, a show where actors playing knights joust and fight for the love the Crown and the crowd.

Two hours later police allege Weaver made his way to Ripley’s Aquarium in downtown Toronto where he bought a ticket, stripped naked and jumped into the facility’s shark tank.

Police caught up with him four days later in Thunder Bay, Ont., where they arrested him and returned him to Toronto.

He was charged with one count of assault causing bodily harm, mischief under $5,000 and mischief interfering with property.

On that Friday night in October, a large crowd was mingling inside the aquarium, some sipping cocktails during a “jazz night” event.

The aquarium’s general manager has said security footage shows a man walked directly to the tourist attraction’s showpiece “dangerous lagoon” tank, accompanied by a woman, stripped his clothes, hopped a barrier and jumped into the water around 10:30 p.m.

The story made headlines around the world when videos surfaced on social media. Those videos, taken by patrons, show a naked man swimming in the tank with sand tiger sharks, sawfish and moray eels.

Weaver’s lawyer has asked the court to deal separately with the two alleged incidents from that night.

He said Weaver returned to B.C. on May 1 and is doing well. Before going home, Weaver had a court-imposed condition to live with his mother in Burlington, Ont., Drummie said. He was also ordered to seek counselling for alcohol abuse and anger management.

“He did well on his first stint on bail, didn’t break any conditions and he found employment,” Drummie said, adding that the Crown attorney agreed to let Weaver go home.

Weaver was not in court on Thursday.

His case is next in court on Aug. 7, and a two-day trial has been set for mid-September.