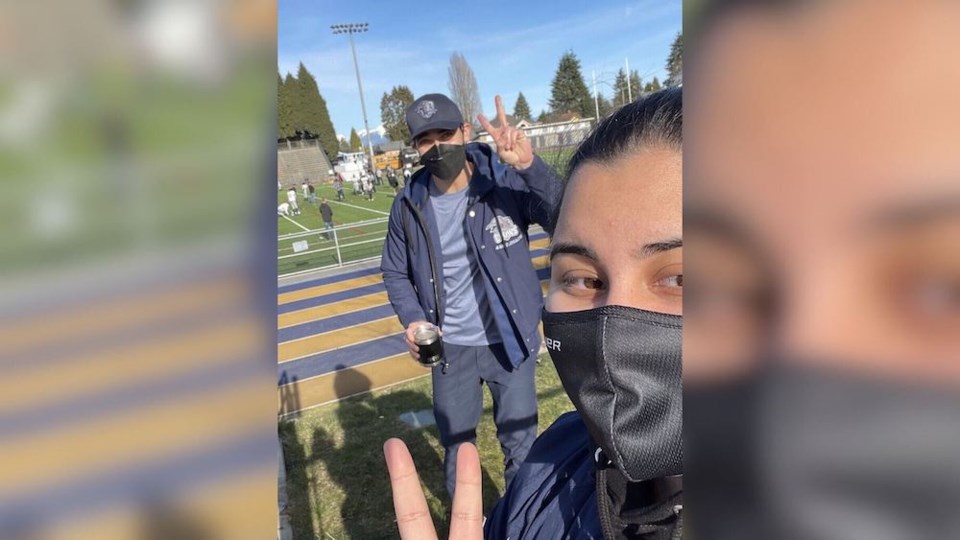 A Metro Vancouver teen snapped a selfie with the lead actor of the popular TV show Superman & Lois while he was filming at her school this week.Photo via @aishwaryasodhi_ / Twitter

A Metro Vancouver teen snapped a selfie with the lead actor of the popular TV show Superman & Lois while he was filming at her school this week.

The ecstatic teen took to Twitter Monday (March 8) to share the image she snapped with Tyler Hoechilin, who plays Superman in the new TV show.

"Finally met Tyler...He was so amazing he's literally the sweetest guy ever he even introduced himself to me," she wrote in her Twitter post, which features a picture of her and Hoechilin; both of them are donning masks.

FINALLY MET TYLER AHH HE WAS SO AMAZING HES LITERALLY THE SWEETEST GUY EVER HE EVEN INTRODUCED HIMSELF TO ME 😭 #SupermanAndLois #tylerhoechlin @tylerhoechlin @WhatsFilming @yvrshoots pic.twitter.com/xLJRxkgk1a

Superman & Lois were filming Season 1 at the Mercer Field at the New Westminster Secondary School over the past week and @aishwaryasodhi_ shared multiple videos from the set.

In her posts, the superfan shares that #12 is Jon Kent and then points out Hoechilin (Clark Kent) sitting on the grass.

The TV show features Superman, a.k.a. Clark Kent, and journalist Lois Lane as they face the challenges of being parents in today's world--as well as some superhero stuff, of course.